Home World Assad “the Animal” Dines Out and Other Things 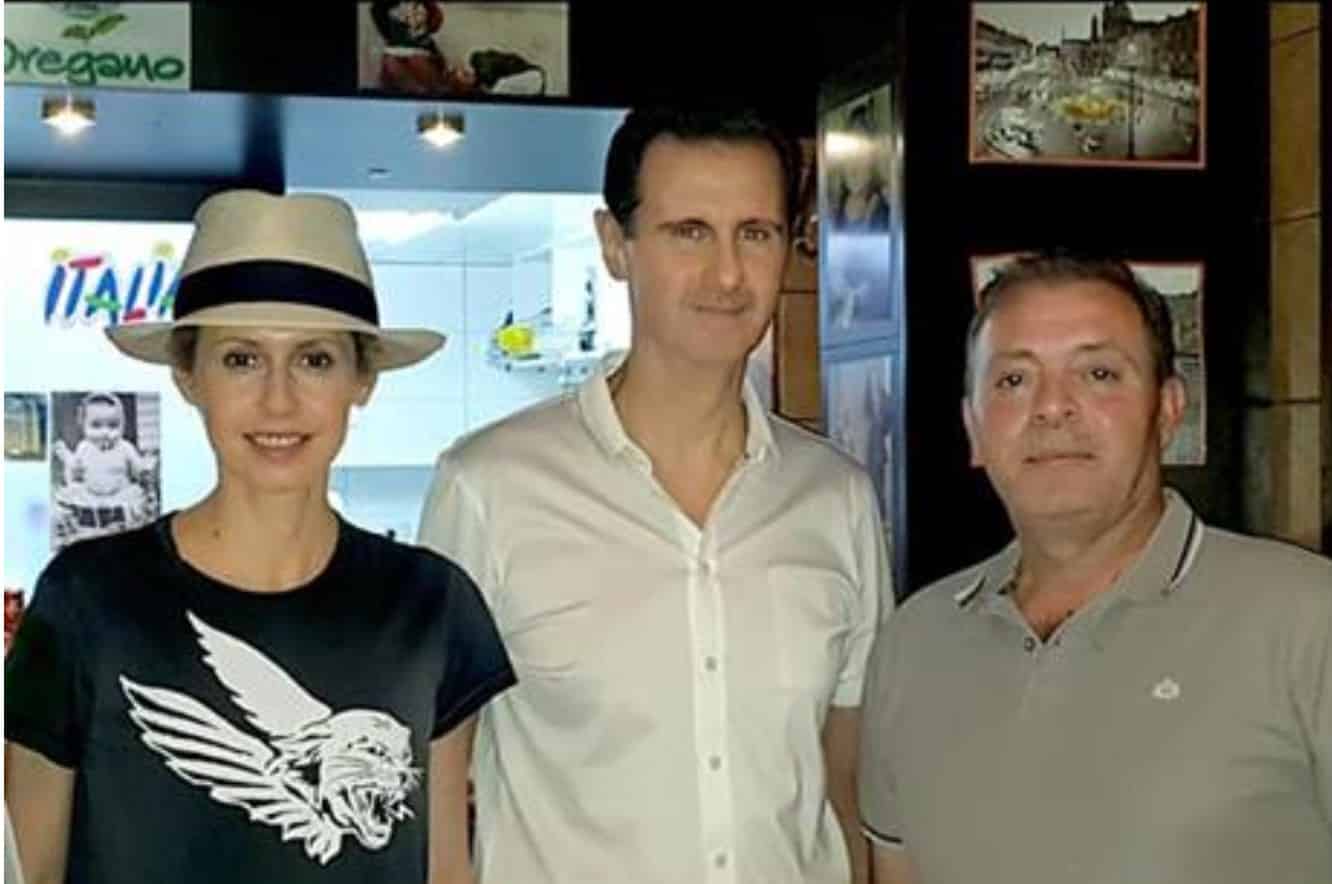 They say a photograph is worth lots of words? Thousands? The Assad family was out to dinner in Damascus – nothing unusual there. They drove themselves with no security, not that unusual either.

The hat? That’s due to chemotherapy for breast cancer, not an attempt to upstage Trump’s Slovenian princess. You don’t want to compare the Assads and Trumps.

Assad, an MD with a specialty in Ophthalmology, gave up his London practice in 1994 with the death of his brother and entered the Syria Army Officer Training Academy. He had already served 4 years in the army as a physician. He was now destined to eventually command that same army.

President Assad is the only national leader in the world…we are assuming, we haven’t done a full survey, that can drive himself around, even into war zones.

Some say he is foolhardy, but the truth is simple, he may well be the most popular elected leader in the world today. I’ve sat in a hotel lobby with VT staffers Bassam Barakat and Gordon Duff while President Assad walked in alone for a meeting in the coffee shop.

Well, Nixon would head out to Carvel for ice cream from time to time, or so the secret service tell us. Bill Clinton had his cheeseburger habit, but we suspect its the Secret Service that brings Trump his nightly bag of Big Macs, thank goodness for liposuction.

Assad with his wife and son are in the photo with the restaurant manager.

The restaurant manager thanked President Assad for choosing his humble restaurant and said,

Assad and his family had a quiet dinner at the restaurant; and normally they visit public places in different provinces.

On the War Against Turkish Terrorism in Idlib

Why should we heed to a dog barking?

Human rights activists are fed by the US and its satellites

This what our Russian source says from Moscow about accusing Russian and Syrian airforces of attacking civilians in Edlib, and his comment on UN human rights ORGS reports on Syria.

These dogs bark incessantly and the same. Why waste time and energy on every dog barking ???

Syria and Russia are predetermined as terrorists and aggressors guilty of all misfortunes. This opinion is bought and paid too generously. We still will not be heard and will not be believed.