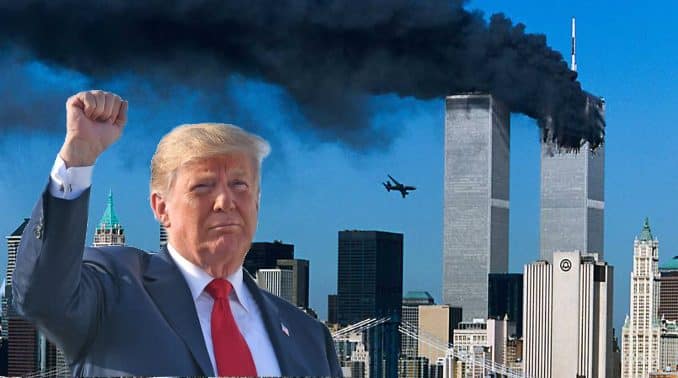 Shared by Robert Steele, Editor, 9/11 Truth: Memoranda for the President

Engineering is applied science, with one caveat not shared with other science disciplines, engineers are held criminally and financially responsible for their errors and omissions. This moral component extends to non professional life, where protecting the Health & Safety of the Public includes exposing misrepresentations of science for political purposes.

With the election of the previous administration and their insane Carbon Tax plans, I devoted much of my retirement time to exposing this false paradigm.  Research soon revealed that it takes more training in Thermodynamics to get an undergraduate degree in Engineering than a PhD in meteorology or climatology.  I wrote numerous editorials on this subject, rejected by the captive, controlled opposition media, until my “Hoax of the Century” was posted at InfoWars(.)com in April 2009.  In May 2009, InfoWars hosted the Architects & Engineers for 9/11 Truth DVD premier in Austin at a four hour press conference.

I arrived early and reviewed the NYC stamped approved structural plans for WTC-1, 2 and WTC-7, the time lapse newsreels of the construction of the buildings and split screen videos of the WTC collapse beside publicly posted controlled demolitions of high rise buildings.  Controlled demolition of the WTC buildings is irrefutable, and the A & E hypothesis of nanothermite destruction is indefensible.  As a trained structural engineer, I resolved to research the most probable means of destruction and I withheld any public comment until I resolved the empirical evidence and probable cause.

Education is not a bucket you fill….it is a fire that you light

My fire for Truth in science was sparked by excellent training on the English Scientific Method in college.  My fire for Truth in history was sparked by the gross distortion of the rote indoctrination in school and in media, against the overwhelming evidence of a more sinister real history.  I returned to my Carbon climate fraud research, adding anomalies in the green energy, peak oil and big bang myths.  I have read thousands of non-fiction books, tens of thousands of research papers.  I then included corrected history articles to my Truth Portfolio, partial list at FauxScienceSlayer(.)com under Author Bio.  For brief history of staged, false flag wars see “All Wars Are Bankers Wars” by Michael Rivero at WhatReallyHappened(.)com

One of the founders of A&E Truth was from Houston and hosted regular forums on updated material.  A&E founder, Richard Gage attended two of these meetings and I attended the after meeting dinners with Richard and local leaders.  At one of these presentations I got a copy of A&E pamphlet “Beyond Misinformation”, which stated “it takes 0.13 pounds of thermite to melt each pound of steel”.  Since there is over 100,000 tons of steel and concrete missing at the WTC site, this amount of explosive would be prohibitive, as discussed later.  In the fall of 2014, VeteransToday(.)com began a series of articles on Nuclear Education, on this cause of demolition.  Probable Cause now had a working hypothesis.

In March 2015, I found the video “9/11 Conspiracy Solved, Names, Connections, Details” showing the secret CIA Project Hammer scam to asset strip the collapsed Soviet Union, using the exact same methods JP Morgan and Armand Hammer used to asset strip the Bolshevik collapsed Czarist Russia.  I contacted VT editor, Dr James Fetzer and we did a two hour Skype interview which was posted to a dozen websites, each with between 10,000 and 100,000 views until web censors removed all Fetzer content.  In April 2015, I did a two hour interview with John B Wells at CaravanToMidnight(.)com and continued my research. VeteransToday continued their research and now has 80 articles on this subject.  It is impossible to summarize or condense this material, additional information is in “Fourth Generation Nuclear Weapons” by Andre Gsponer and “Ground Zero: Nuclear Demolition of WTC” by William Tahil and “Nuclear Weapons Employment Doctrine and Procedures” the DOD Staff Officers Field Manual #FM-101-31-1

The Little Boy nuke dropped on Hiroshima had a 15 kiloton yield, was ten feet long and weighed 9,700 pounds.  By 1950 the US Navy had 15 kiloton nuclear W-23 artillery shells weighing 1700 pounds for the 16 inch Iowa Class Battleships.  For declassified video see Wiki/Atomic_Cannon_Devastation.  Between the White Sands Trinity event in 1945 and Operation Plowshare in 1962, the US military conducted twenty above ground nuclear tests in which tens of thousands of servicemen were ordered to direct exposure at different distances.  Ordered to remain silent under national security sentence of ten years of solitary confinement, these guinea pigs did not come forward until the Agent Orange abuse in Vietnam was debated.  The government set up a hush fund, details at AtomicVeterans(.)info 800/414-4328 and their personal stories are told in the documentary, Atomic Soldiers at https://www.imdb.com/title/tt10262940/

Given nuclear vaporization as the cause of the WTC collapse, it was necessary to study the actual construction of these buildings, for this I used FEMA403_ch2 and have included two exhibits to this report.  The Twin Towers used an innovative, stressed skin Vierendeel truss exterior wall system.  There were 16 inch square box columns, 40 inches on center vertically, connected to 52 inch high spandrel plate steel horizontal bands at each floor level.  Three story segments of these “waffle panels” were welded at shipyards along the Hudson, shipped by barge and lifted by cranes per the local news reels.  Each column was held by end plate bolts, each spandrel by joiner plates per Figure 2-3 in the exhibits.  The FEMA information on actual construction is accurate, their failure hypothesis is fiction.  The spandrel sections of this vertical column system was welded to the top and bottom chord of every floor truss and additional rebar hairpin shear ties were added to each joist, welded to the spandrel and then encased in 4 inches of concrete.  These buildings were designed for 120 MPH hurricane wind loads and had five hurricane events between opening and demolition with no damage.  Normal structural safety factor is 3:1, but limitations on multi-frame load calculations at the time caused, this to be exceeded.  With no wind load on 9/11, the actual resistance to load was at least 5:1 safety factor.  To claim that these building were robust is an understatement.

One glaring anomaly exposed in the FEMA report is the waffle system failures at impact site, per Figure 2-16 (attached).  As mentioned, these wall elements were connected vertically, horizontally and at every floor joint location.  For two complete wall sections to be blown out would require preplanned removal of all these supports and placing a shaped charge to clear the impact site opening.  One of these wall sections was photographed adjoining the Trinity Orthodox Church, showing no shear around any bolted connection locations.  Photos do indicate some sideways deflected plate girder damage, possibly from a missile with holographic jet plane cover.  In the decade since the InfoWars press conference, I have dedicated at least two hours per week to this research and those thousand hours of research are beyond the scope of this article.  I did additional interviews with Dr Fetzer and in July 2018 was contacted by Robert David Steele to produce an 800 word memo to the president, to be accompanied with 27 other authors, see http://tinyurl.com/911-POTUS

I took laminated, color copies of my memo to the Houston MAGA rally in October 2018 and arrived at 10 am.  During the next six hours I explained this reality in depth to over a hundred Trump supports and got a 97% approval rating.  Conflicting data on these memos means some are incorrect, but one is outstanding, “Twin Towers Collapse and Vaporization Cannot be Explained by Nano-thermite Alone” by T Mark Hightower, MS Chemistry.  Hightower notes the detonation velocity required to disassociate steel is 6100 meters/sec, for concrete is 3200 meters/sec and the maximum available for thermite is 895 meters/sec.  Clearly thermite did not explode WTC steel.  Further research shows steel and concrete both melt at 2700oF, that thermite burns at 4000oF and that steel is vaporized at 5200oF.  Clearly thermite did not vaporize WTC steel.

One of the key arguments for thermite is micro-spheres found in WTC dust.  Any molecule of thermite found in dust was NOT chemically reacted in the demolition, adding to the quantity required.  In addition, thermite requires a 4000oF fuse, usually Magnesium, and the placement and sequencing of this massive amount of material is prohibitive.  FEMA also states that asbestos was only present in the lower 39 floors of WTC One, as nation-wide banns were implemented. Claims of asbestos health issues or as demolition requirement are unfounded.  The Lawyers for 9/11 Truth petition for SDNY grand jury notes “the exterior of the towers had 0.019 inch Aluminum sheeting” and this would be 2,200 tons per building.  In a nuclear blast furnace, vaporized steel and vaporized aluminum would naturally form nano-sphere molecules.

There were 2.1 and 2.3 Richter scale seismic events 14 seconds prior to the collapse of each tower.  There were documented nuclide isotopes following the event.  A nuclear bomb with an “absorbing tamper” can reduce gamma rays and amount of isotopes.  Freight Elevator #50 was the only basement to roof continuous vertical shaft in the building.  Placing a 0.4 kiloton nuke in the floor of this shaft would direct the gamma flash, then shock, then heat wave up the core of the building.  Firewalls around the elevators and stairwells would contain the energy as material was vaporized.  As the core collapsed into the basement crucible, it would pull the exterior wall inside the building footprint.  Seismic data and radioactive isotopes exclude the remote directed energy hypothesis.  The WTC basement remained molten until Dec 2001, excluding thermite or directed energy causes of vaporization.

On Sept 11, 2016 I attended the Austin 9/11 Truth Fest with guest speakers Jim Marrs on historic false flag events and Christopher Bollyn on his excellent book “Solving 9/11”.  It is interesting to note that this four hour event was 15 minutes from InfoWars world headquarters, but there was no mention before, and no coverage during or after.  I had the great honor to meet Dr Fetzer and dozens of other dedicated Truth researchers at the three day, 2018 JFK Conference in Dallas.  This brief analysis of WTC facts is not intended to fill your bucket, but to “light your fire” on the greatest unsolved crime of the 21st century, an event that has disfigured humanity for eighteen years.  There is far more on the CIA asset Susan Lindauer warnings from May 2001, on four FBI field offices about arab flight school issues from June 2001 and on FBI arrest of hijacker #20 on Aug 16, 2001.  The US Army Abel Danger Unit had been tracking Atta and his gang for months, but were ordered disbanded in Jan 2001, only to be recalled and murdered in the Pentagon on that day of terror.  After Richard Gage spoke at a conference with Christopher Bollyn and Kevin Barrett of VT, I agreed to sign the A & E Petition as an Engineer in Dec 2016. We deserve to know the Truth about 9/11, and many deserve to be executed for treason.