Israel is a Zionist colonial project based on the destruction of Palestinian homes and cities, the ethnic cleansing of all Christian and Moslem goyim Palestinians, and the implanting of Zionist foreign Jews in the land. Such destruction and expulsion were accomplished through terror, massacres and devastated wars; a real Palestinian holocaust.

This holocaustal expulsion ideology could be seen in the Zionist colonial ideology since the earliest stages of its foundation. The first Zionist Congress in Basle in 1897 spelled out the movement’s main objective as: “The establishment of a secured home in Palestine for the Jewish people”. Ignoring the existence of Palestinians, Zionists called Palestine “land without people for people without land.” They did not mean that there were no people in Palestine, but that there were no people worth considering in Palestine. Weizmann stated “The British told us that there are there some hundred thousand negros [kushim] and for those there is no value.”

The Ideological founder of Socialist Zionism; Nahman Syrkin proposed in his 1898 pamphlet entitled “The Jewish Question and the Socialist Jewish State”: “the liberation of Palestine from Turkish rule by inciting nationalist to repel against the empire and then subsequently evacuate Palestinian Arabs. Palestine, in which the Jews constitute today 10% of the population, must be evacuated for the Jews.”

In his book “The Voice of Jerusalem” in 1920 Israel Zangwill advocated an “Arab exodus” from Palestine to other Arab countries mainly Iraq. Haim Weizmann, though, presented the British government in 1930 an official, albeit secret, proposal to transfer Palestinians to Transjordan instead.

In a letter to an American colleague, Jabotinsky wrote in 1939 “There is no choice, the Arabs must make room for the Jews in Eretz Israel. If it was possible to transfer the Baltic people, it is also possible to move the Palestinian Arabs.” Jabotinsky was also cited by Ya’acov Shavit in his book “Zionism and the Arab Question” as saying: “We Jews, thank God, have nothing to do with the East … the Islamic soul must be broomed out of Eretz Yisrael.”

Dr. Selig Eugen Saskin; the director of the Land Settlement Department of the Jewish National Fund, stated in his memorandum to the 20th Zionist Congress in August 1937 that “Jewish state is unthinkable without compulsory transfer of the Arabs to the Arab states.”

This compulsory expulsion was started by the Jewish National Fund in the form of mini-transfers by acquiring Palestinian land from absentee landowners and kicking the Palestinian tenant farmers from the land and replacing them with Jewish only workers.

Zionist Jewish terror attacks against Palestinians were also endorsed by Jabotinsky. The two main Jewish terrorist groups were the Irgun Tzvai Leumi (IZL) and the Lehi (Lohamei Herut Yesrael) also known as the Stern Gang after its founder Avraham Stern. Similar to today’s ISIS terrorist group, the IZL and Stern armed terrorists bombed Arab markets, assassinated Palestinian politicians and reporters, and attacked Palestinian villages raping the women and butchering all inhabitants as they did in Deir Yassin, Beit-Mahsir, al-Dawayima, Yazur, and tens of other villages. These terror groups later merged together to form the Hagana; the Israeli army.

At the end of 1948 Zionist terrorist groups and the Hagana razed at least 400 Palestinian towns and villages to the ground, perpetrated hundreds of massacres against Palestinian civilians, and forcefully expelled more than 750,000 Palestinians out of the country.

After the establishment of the illegal Israeli state, these terrorist attacks became state sponsored policies although on a slower pace in the form of evacuating one Palestinian family at a time and confiscating their homes and land, home demolition under false security or illegality justifications, persecuting, imprisoning and torturing Palestinian activists among many other colonial tactics.

During the days of 1967 war when Israel occupied the rest of Palestine; West Bank and Gaza Strip, the Israeli military commanders issued orders to Palestinians to evacuate towns and villages before they bomb them. I remember watching the Israeli soldiers at the outskirt of the town I was living in threatening to bomb it. Some evacuated towards Jordan for fear of their lives, but the majority refused to leave. A group of close by town mayors met with army commanders informing them that people would not leave. It was a different time than 1948.

Israel, though, pursued an aggressive campaign of land confiscation, colony (settlement) buildings, house demolition, and persecuting Palestinians. A December 2017 report by the Israeli Committee Against Home Demolitions (ICAHD) states that since 1967 nearly 50,000 Palestinian homes and structures have been demolished by Israel, displacing hundreds of thousands of Palestinians. The report estimated that since 1948 more than 100,000 Palestinian homes were demolished. This is equivalent to a large city.

Al-Quds (Jerusalem) area suffered the most. 10,000 homes in and around the city face the threat of demolition despite all the peace agreements. All Israeli governments considered Al-Quds a battle ground for what they consider a demographic war. The old city still has a Palestinian majority despite all the oppressive measures Israel imposes on its inhabitants to evacuate the town.

Insulting and spitting on Christian priests and group raids by religiously extremist settlers of the Islamic Al-Aqsa compounds under the protection of armed Israeli soldiers have become a routine.

Twenty years ago Israel came up with “E-One” plan, also known as Jerusalem Belt plan. The plan aims at building Jewish communities and an apartheid wall around Al-Quds (Jerusalem) separating the city from the rest of Palestinian communities. Any Palestinian community along the length of the wall is planned for erasure freeing land for new Jewish colonies. 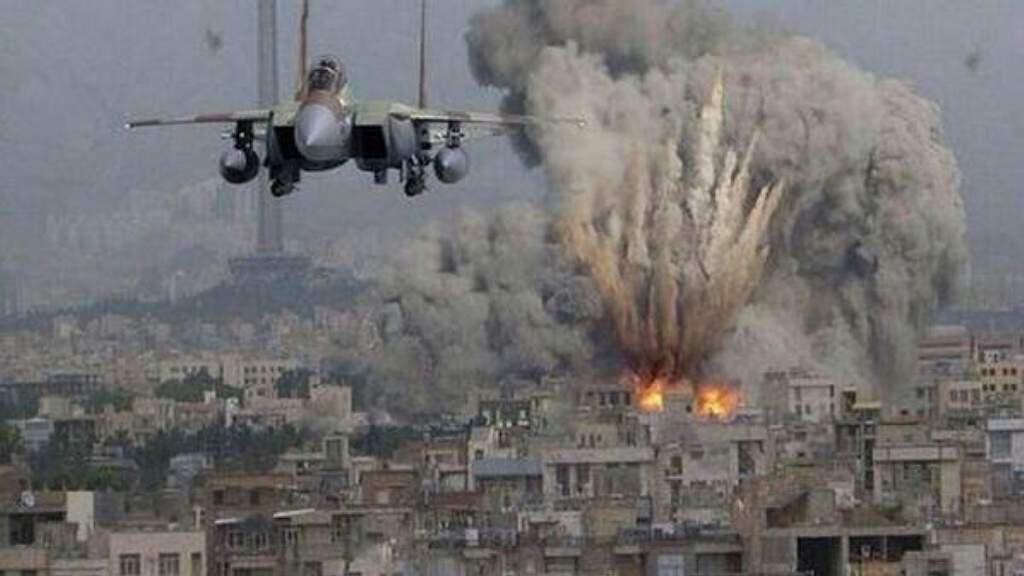 After the failure of what was called “Deal of the Century” and the failure of Kushner’s Manama conference, Israel has aggressively pursued its genocidal campaign of wiping Palestinians off existence through its “E-One” plan. Before sunrise of last Monday July 22nd., a brigade of 1500 terrorist Israeli soldiers surrounded the Palestinian Al-Quds (Jerusalem) suburb of Wadi-Hummus, declared the suburb as a military zone, raided Palestinian homes, violently kicked their residences; children, women and men, out of the whole area, used explosives to detonate the buildings, and used giant caterpillars to level what was rest to the ground.

At the end of the day a total of 16 residential buildings with one hundred apartments were razed to the ground leaving 100 Palestinian families homeless without any shelter. This has been the largest Palestinian home demolition since 1967 Israeli occupation. More residential buildings with 225 apartments in the area are on the Israeli future demolition plans.

These homes were built in what came to be known as area “A” under the Oslo Agreement, which is under Palestinian Authority’s civil and security administration. Yet Israel does not respect nor adhere to agreements it signs with any “goyim” according to its satanic Talmudic teachings. In 2002 the butcher Ariel Sharon, in flagrant violation of the Oslo Agreement and of all international laws, pushed his tanks into every Palestinian main city spreading destruction and murder especially in the main city of Ramallah, where his tanks besieged for many months the then PA’s leader Arafat, after destroying many parts of the PA’s headquarters. Since then Oslo had no legal deterring effect on Israeli soldiers routinely and violently invading Palestinian cities.

The homes of Wadi-Hummus were built long time ago with permits from the PA. Unfortunately for them Israel built its apartheid wall on Palestinian land close to these homes, as well as close to many other Palestinian homes in other Palestinian cities. It is worth to mention here that in 2004 the International Court of Justice (ICJ) ruled that this apartheid wall is illegal and in violation apartheid wall is illegal of principles outlined in the UN Charter, and ordered Israel to stop building it and to make reparations for any damage caused to the owners of the land where it was built.

This Israeli latest demolition of Palestinian homes was condemned by Arab states such as Jordan, Qatar and the Arab League calling it war crime, and crime against humanity. Last Tuesday the Security Council condemned the demolition, confirmed its support to the already obsolete and impractical two state solution, and calling on Israel to abide by  Resolution 2334 and cease home demolition, land confiscation and building illegal settlements.

Since its illegal establishment Israel had never respected any international law nor any political agreement it signed with its Arab neighbors. Israel does not respect the United Nations, the Security Council, the ICC, or any other international organization. Thanks to successive American administrations, who blindly and unconditionally support Israeli crimes and shields it from any UN condemnation similar to what happened last Wednesday, when the US vetoed a UN decision to condemn Israeli demolition of Palestinian homes.

With American support and protection, all the international laws and UN resolutions against Israel have no deterring effect on Israel. When Palestinian refugees in Gaza Strip got tired waiting for the international community to help implement UN resolution 194 of December 1948 giving Palestinian refugees the right to return to their occupied home land, they decided to implement the law by themselves. Since last March 30th they organized the Great March of Return.

Every Friday Palestinian refugees from Gaza of all ages walk towards Israeli fence that separates them from their homes and their land forcefully and illegally occupied by Zionist Israeli Jews. Israeli army snipers meet them with live bullets, stun grenades, and poisonous tear gas murdering and maiming scores of them. So far after 16 months of weekly marches – 64 weeks- Israeli snipers have murdered at least 317 Palestinians including children, women, medics and reporters, and had injured more than 30,000 under the watchful eyes of timid international legal organizations.

With its American sponsor, Israel can continue with its Palestinian holocaust.

What would you do when somebody destroys your home, steal your land, murders your children, and kicks you out of your country as a refugee? Do you, then, have the right to defend yourself, or is self-defense exclusive to the genocidal satanic god’s chosen Israelis, who are anti-Christian anti-Moslem goyims … ?????