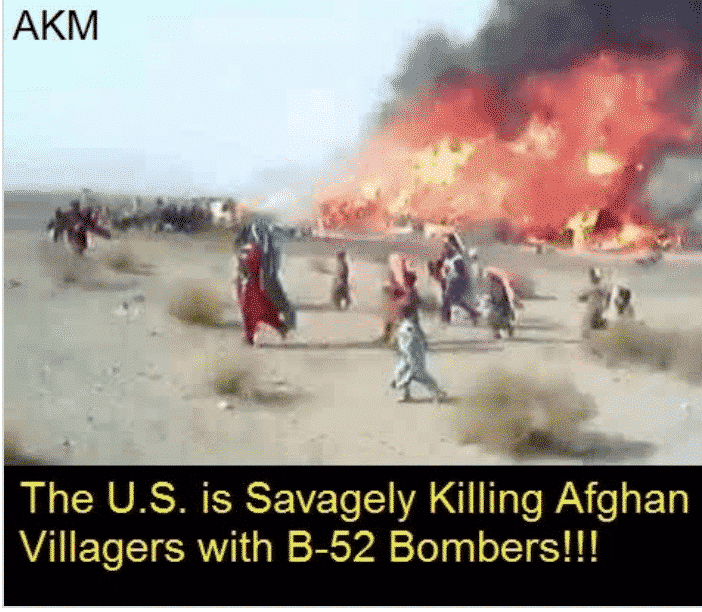 Editor’s note: I have been asked by representatives of the Pashtun people of Afghanistan, which may well include the Taliban, to aid in the talks and coordinate efforts to secure the tribal area borders with Pakistan.

Toward that end, Kadir and I are willing to travel to Qatar and where necessary.g

RE: Foreign Countries and their Intelligence Agents, Afghan Communist, War Criminals, War Profiteers, warlords and thugs Must Not Interfere in the Intra-Afghan Gathering.

The direct talks between the United States and the Taliban for the unconditional withdrawal of the U.S. and NATO from Afghanistan are a good thing especially if it results in an agreement.

I along with other members of the ANPC are concerned that the Intra-Afghan gathering will be hijacked by foreign countries and Afghan communist criminals after the U.S. and Taliban finish their talks on unconditional troopwithdrawal. The Afghan communist war criminals, foreign intelligence agents, war profiteers, warlords and thugs are ready to take advantage of this situation if an agreement is reached. The Ghani administration has selectedfifteen war criminals and war profiteers as delegates to attend this Intra-Afghan gathering. Foreign countries like Germany, Norway and England are choosing communist war criminals like Rangin Dadfar Spanta, so that theseMaoists and war profiteers can push their agenda. For the United StatesZalmay Khalizad is choosing delegates that have dark past. The United Statesshould not let other countries intervene in this process.

Once again missing from the gatherings are the Afghan villagers, who are not war profiteers and those who do not have blood on their hands from the decades of war. These Afghans must be the ones who determine the fate of Afghanistan, not the communist war criminals, war profiteers and foreign intelligence agents warlords and thugs, who have caused the war and suffering of the Afghan people and benefited from the continuing war for these past four decades.

I along with other members of the ANPC are asking that foreign countries such as Russia, Iran, Pakistan, Germany, Norway, England, United States, and China and their intelligence agents not interfere in the selection of the delegates, the location of, the organization, procedure and agenda of the Intra-Afghan Gathering. The Afghan villagers and other Afghans around the world, who are not war profiteers, communist war criminals and foreign intelligence agents, must be the ones to select the delegates and organize and run any gathering. Four decades of suffering caused by them is enough. Communists, and war profiteers only look out for themselves.

For these reasons, I along with other ANPC members and other educated Afghans should and are capable of arranging the Intra-Afghan gatheringwithout foreign countries, communist war criminals, war profiteers, and foreign intelligence agents, interference in the process. The upcoming Intra-Afghan Gathering must truly be Afghan led, Afghan controlled and Afghan owned. Please see attached.

Our group, ANPC, is glad that peace talks between the United States and Afghan Freedom Fighters have taken place. The key steps to implement this Plan for Peace must be:  (1) The United States needs to unconditionally withdraw with an end to the  foreign occupation of Afghanistan. (2)  A continuation of face-to-face meetings with the Afghan Freedom Fighters without the presence of the Kabul puppet administration, Pakistan, Saudi Arabia, etc. (3) An understanding that the Afghan villagers, the majority, are not a threat to the United States. The United States needs to stop using them as scapegoats for the tragic events of 9/11. (4) Corruption and the theft of trillions of U.S. and donor dollars must be investigated and those responsible prosecuted.

Rural Afghanistan, the Afghan villagers, are the victims of this ugly war. They have paid the price. They have suffered state-sponsored acts of terrorism, like night raids against their homes  and numerous other war crimes and human rights violations.  They suffer in poverty and war while the war profiteers relax in their mansions. The foreign invaders, elite urban Afghans, Afghan communist war criminals and war profiteers have benefited from this war and occupation while rural Afghanistan, the Afghan villagers have suffered.

Peace and justice is not phony elections with a government selected by non-Afghans full of fake promises;

Peace and justice is not living under a government which rules by the way of bribery (rishwat);

Peace and justice is not living under the rule of AK-47 touting warlords in bullet-roof land cruisers, bearded mullahs with no faith and two- faced communists;

Peace and justice is not living in a society that defines women’s rights as having a cell phone and wearing short skirts while demonizing the chadar and pashtunwali;

Peace and justice is investigating and prosecuting those who perpetrated the ethnic Pashtun genocide of Dashe-te-lelli and Qala Jangi;

Peace and justice is not having to live in fear of having our villages bombed,

Who is the ANPC?

We are a group of Afghan brothers and sisters  (the Afghan National Peace Council “ANPC”), who do not have Afghan blood on our hands and who are not accused of crimes by any human rights commission or organizations, the United Nations, and/or the general Afghan public. We rely on Islamic principles, our Afghan code of honor and our history of independence, and having a genuine desire to end the war in Afghanistan, we unite to work to bring peace and stability to our beloved homeland through lawful means.  We, Afghans, condemn terrorism of any kind, conducted by any individual, group, or state. Afghans are not responsible for the tragedy that occurred on September 11, 2001. None of the individuals on the airplanes that attacked the United States were Afghan citizens. Furthermore, Afghanistan should not be collectively punished for the actions of others.

In addition, agreements, bilateral security etc. made by the Afghan puppet administrations these past 18 years while under the pressure of U.S. occupation and war must be revoked, canceled and invalidated. This provision must be a part of any peace agreement when Afghans form a new government.

I along with members of our peace group find it urgent that our plan for peace be adopted and  implemented as soon as possible because presently Russia and China pose even more of a threat to Afghanistan’s sovereignty and well being.

In the past,  I along with another member of our group went to Afghanistan to talk with all Afghan groups to obtain their perspectives on how to achieve Afghan unity and peace. We traveled to many provinces including Helmand, Kunar, Jalalabad, Shamali and others.   We made this trip because we do not want to see more bloodshed due to chaos and a leadership vacuum. We met and discussed how to achieve peace and unity with Afghan resistance leaders, UNAMA officials,  with the Deputy Ambassador of the U.S. Embassy, Hugo Llorens,  religious scholars, Shia religious leaders,  tribal leaders, many ministers and parliament members of the Kabul administration, Afghan women organizations, Afghan engineer and medical societies and other organizations, presidents, deans, and professors from universities across Afghanistan,   leaders from various political parties, Abdullah Abdullah, Jamiat Islamia, Hezb Islami Party,  Northern Alliance, influential Afghans, and last but not least villagers. 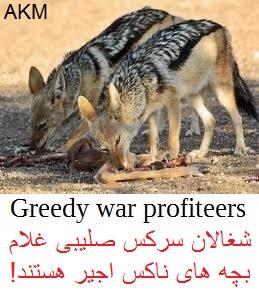 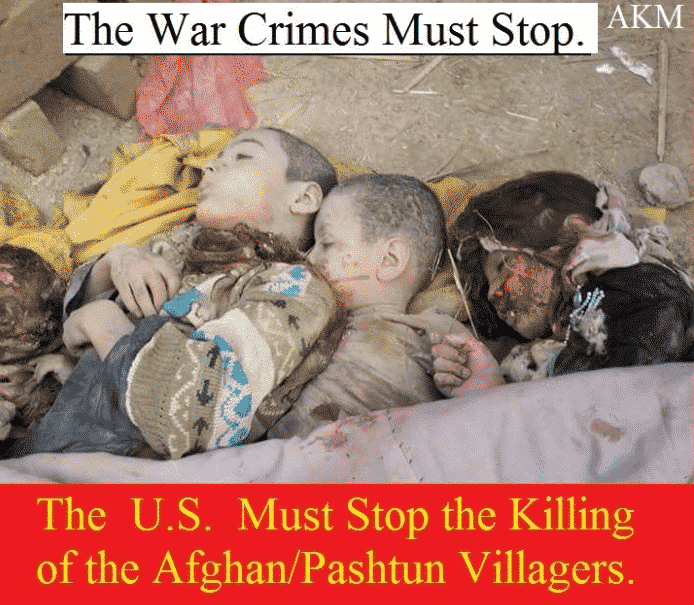 We propose the following Plan for Peace which incorporates the concerns and desires of the Afghan Majority: 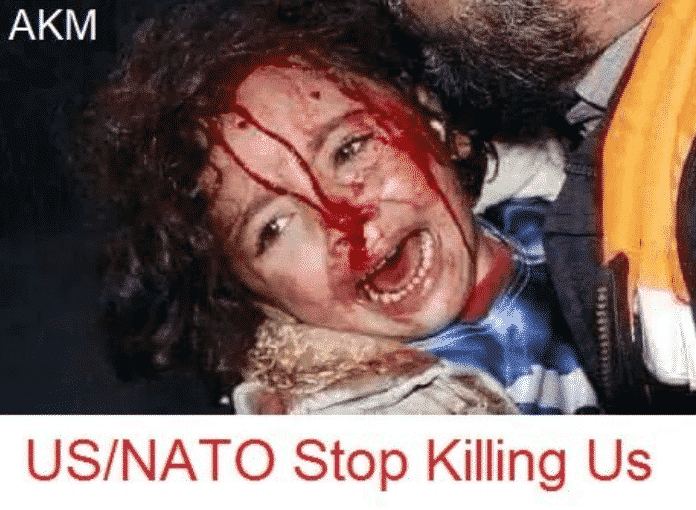 We have provided our reasons for uniting to work to bring peace and stability in Afghanistan, we have adopted a plan, and lastly, praying that Allah (SWT) keeps us on a straight path and with the well-being of all Afghans in our hearts, we will take the following steps to implement our Plan for Peace:

Kadir A.  Mohmand, Founder of the ANPC