“Every time I come back on MSNBC you guys talk to me about [Assad],” Gabbard said, clearly exasperated but not losing her composure. “It sounds to me like these are talking points that Kamala Harris and her campaign are feeding you, because she’s refusing to address the questions that were posed to her,” she continued as the host stammered and tried to interject.

9 out of 10 times when Tulsi appears on MSNBC, the subject of Assad is brought up. Even if you think her meeting is somehow disqualifying, the endless repetition of this one talking point at the expense of all other issues is a classic propaganda tactic https://twitter.com/RealSaavedra/status/1157015698217918464 …

Tulsi Gabbard explodes on MSNBC after they repeatedly press her for meeting Bashar al-Assad, who gasses children: “these are talking points that Kamala Harris and her campaign are feeding you because she’s refusing to address the questions” 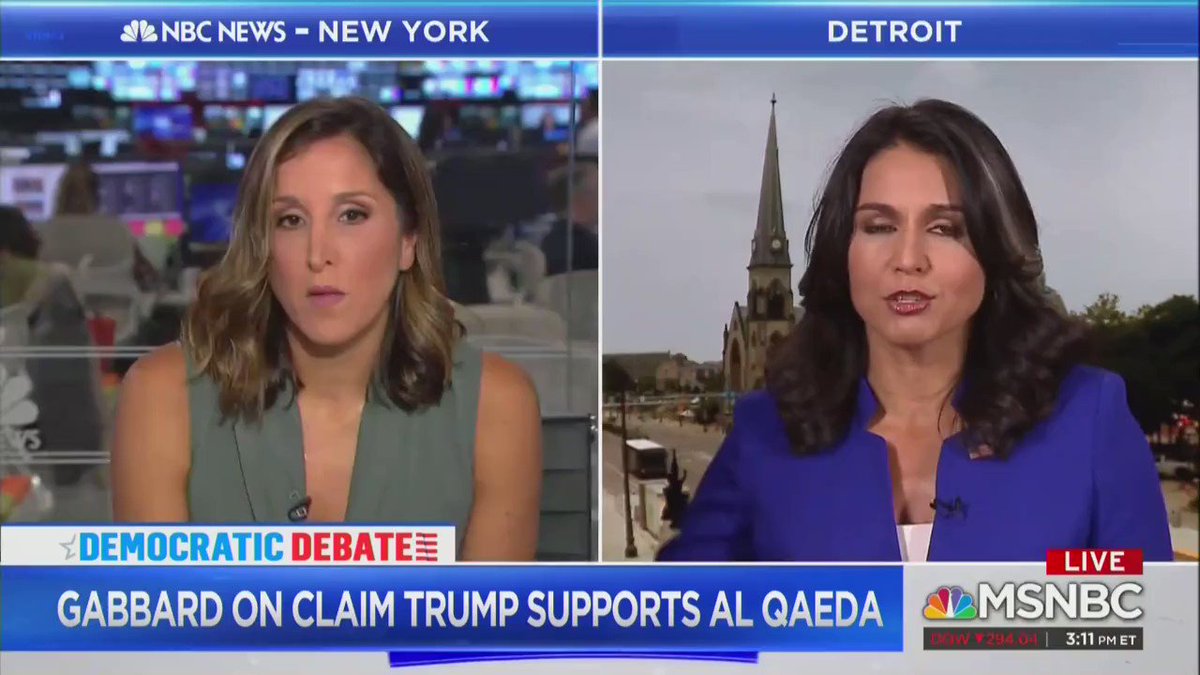 958 people are talking about this

Marveling that “every single time for three years” she’s appeared on television she has been confronted with the dreaded ‘Assad visit,’ Gabbard finally shut down the hyperverbal host.

This is where the propaganda comes in.

Gabbard isn’t exaggerating – it’s hard to find a clip of her from the last three years that hasn’t included some self-righteous pundit insisting she condemn Assad for “gassing his own people” or “gassing children.” While Assad is largely supported by the people of Syria, at least outside the areas controlled by US-backed militant groups, Gabbard has been wary of saying anything nice about one of the US’ favorite bogeymen. Even so, she is routinely attacked as an “Assad apologist” by Western media.

The Hawaii congresswoman has explained herself hoarse that she met with Assad in the hope of working out a path to peace in the country. She has also made it clear that the Syrians she met with were united in their pleas for the US to stop funding the so-called “moderate rebels” that have laid waste to much of the country. Yet in Groundhog Day-like fashion, every time Gabbard appears in front of a TV camera, the host insists she denounce Assad and will not stop needling her until she does.

ALSO ON RT.COM#KamalaHarrisDestroyed trends on Twitter after annihilation by Tulsi Gabbard, ‘Russian bots’ blamedCNN’s Anderson Cooper pushed her for nearly two and a half minutes to affirm that Assad was “a murderer and a torturer” during an interview following the Democratic primary debate on Wednesday, and rival Democratic candidate Kamala Harris has been pushing the Assad-apologist line heavily after taking a verbal beating from Gabbard on the debate stage over her abysmal record as California attorney general.