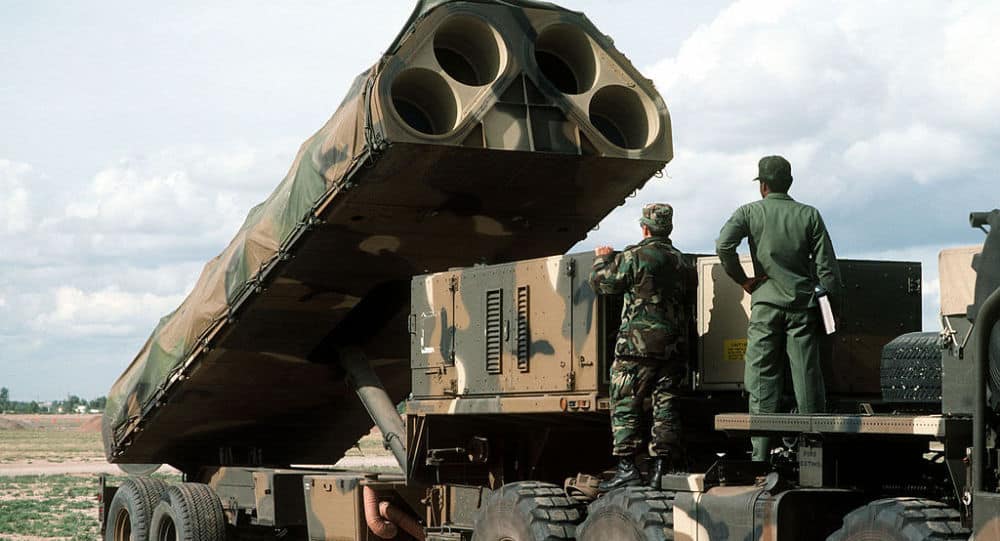 [ Editor’s Note: The US missile-production establishment is cheering today, as they are getting closer to having another taxpayer funded, debt-enhancing gravy train in the form of a new missile race with Russia.

Such an endeavor is viewed by many in the security industry as not enhancing security, but creating escalating risks which those insiders supporting this move seem to care little about.

There is a mention below about Democrats balking on the funding of the program, but we hear nothing about why. They have been onboard the unipolar program and supporting any war for Israel that it asks for, or I should say, demands.

The Europeans are the grownups in the room on this issue. Unless the US intends to sneak them into Europe, NATO partner countries will have to give their permission, which will immediately get them targeted by Russia in any potential missile exchange. I don’t expect the European public volunteering to be US human shields in the next big war.

As I have mentioned many times in these editor’s notes, this is just stage one of this nuclear nightmare. Hypersonic missiles are already in production, another crazy move to be able to deliver a first strike with fast one-shot kills on Russia’s retaliatory missile locations.

This makes for a hair-trigger situation, where mistakes could easily be made. When a targeted country sees such an incoming hypersonic strike, knowing it is heading toward all of its forward bases, it has no choice but to launch everything it has before its own missiles are destroyed in place.

The attacker would of course tell its population that the other guy fired first, and yes, provide the fake data to “prove” it.

Obama cleaned out a bunch of these evangelical crazies from the US missile command after the stolen nuclear bombs scandal at Barksdale AF base. Air Force nukes are now under the physical control of Army units on AF bases, reported in detail by VT’s Gordon Duff… Jim W. Dean ]

The two states have long been accusing each other of violating the Intermediate-range Nuclear Forces (INF) Treaty, with the US claiming that Russia has developed banned missiles, and Moscow pointing at Washington’s use of drones and deployment of Tomahawk-capable launchers in Europe.

The US has been developing a new cruise missile with a conventional non-nuclear payload that operates in ranges previously banned by the INF Treaty, and is planning to test it in the coming weeks, a senior anonymous defence official told CNN.

According to the source, the new missile will be the “Trump administration’s answer to Russia’s years-long” alleged non-compliance with the INF Treaty and is expected to help Washington counter Moscow in Europe.

The missile will be used with a mobile launch system, which is in the initial stages of development, according to the anonymous official. The source noted though that so far there have been no formal programmes for the new armament’s development, since the INF was still in force.

This can now emerge since the US announced its official withdrawal from the INF on 2 August, but the programme will depend on the upcoming test’s results. The missile’s fate is also dependent upon funding, which hasn’t been secured yet due to opposition to it, coming from some Democrats in Congress.

Although the US sees the new cruise missile as a means to counter Russia in Europe, it hasn’t discussed its deployment with governments in the region, the source said.

According to the anonymous official, Washington wishes to set up the new weapon in spots from which it could surpass Russian air defence systems and hit “the country’s ports, military bases or critical infrastructure”.

However, so far no European state has expressed a readiness to host the missiles, although the US earlier announced such plans. Both the US and NATO stated that they would refrain from deploying nuclear missiles in Europe though. Moscow has, notably, warned that such deployments will automatically lead to Russia targeting the US launch sites, threatening the country hosting the weapons.

The plans to deploy the new US missiles to Europe were announced by Washington in light of a February 2019 warning that the country would withdraw from the INF Treaty, which limited the development and production of ground-based rockets with ranges between 500 and 550 kilometres.

Washington justified the decision, which became effective on 2 August 2019, by claiming that Russia had violated the accord by developing the 9M729 missile. 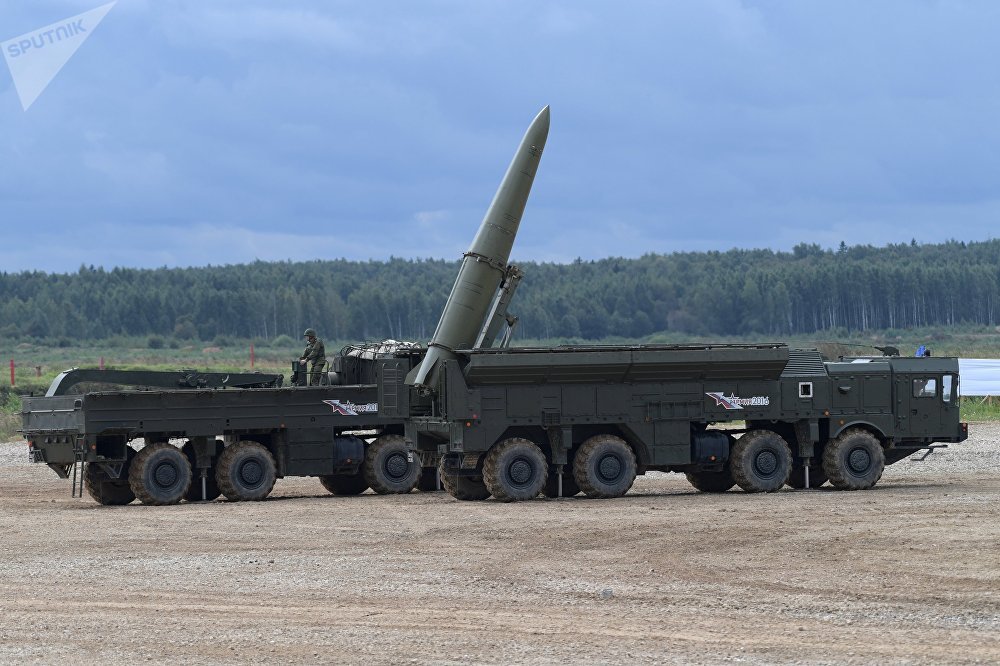 Moscow has repeatedly denied the accusations, provided the US and other countries with information about it, proving its compliance with the INF, but Washington turned blind eye to it and insisted on the missile’s destruction. In light of the US move, Russia announced a mirror response and suspended its obligations under the INF in July 2019, blaming Washington for dooming the vital arms control treaty.

Russian President Vladimir Putin noted in light of the events that Russia also has long had questions about the US’s compliance with the INF Treaty and, despite receiving no concrete answers, continued the dialogue with Washington.

Namely, Russia was worried about the deployment of MK41 Aegis Ashore launchers in Europe, which are essentially a ground version of the ship-based Aegis Shield launcher capable of launching Tomahawk missiles, operating within INF ranges.

Another point of concern for Moscow was the use of medium-range target missiles by the US, which could potentially be converted into regular ones. Russia also had questions about American drones, which are essentially ground-launched “weapon-delivery vehicles”, a term used in the treaty’s text to describe a missile, capable of landing strikes well within the INF ranges.