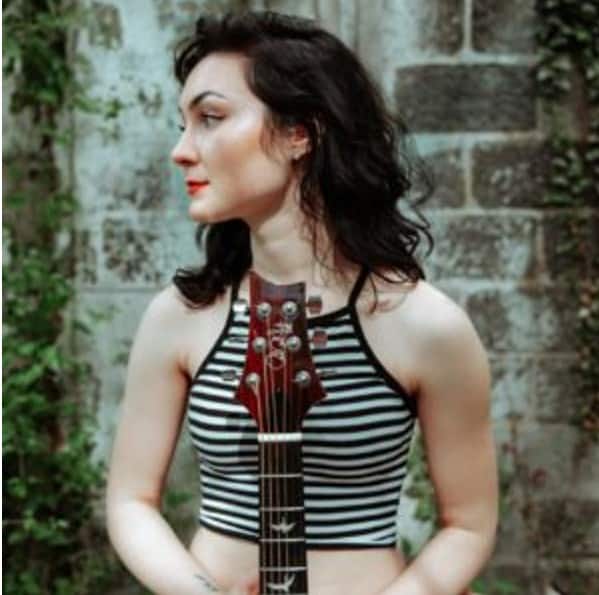 By Galima Galiullina, PhD for VT

This is hard to believe, but the famous rock festival Woodstock is 50 years old. On August 15-18, 1969, half a million young people gathered on a farm in upstate New York to listen to rock music and enjoy their freedom. Three full days and nights of freedom and buzz. Psychedelic music by Jimi Hendrix, virtuoso guitar of Carlos Santana, the hoarse erotic voice of Janis Joplin – we will never be so lucky as those young men and women who kneaded dirt on the field with their bare feet, swam naked like children and plunged into the best rock music nirvana of all time.

At this festival, a new America was signaled – liberated, calling for peace and love, rejecting the war and lies of the government. Free love in an atmosphere of universal ecstasy, rock music and drug use seemed to be the apogee of the movement towards freedom. The era of the sexual revolution began on Woodstock’s field and its first fruits were 200,000 children born soon after those days and nights of frantic embrace of young bodies.

What made Woodstock a pivotal event in the second half of the twentieth century? The festival was a testimony of the coming era of the baby boomer generation. The new generation wanted to leave in the past the gloomy events of 1963-1968 (the assassinations of John and Robert Kennedy, Martin Luther King, the lingering escalation of the disaster that was Vietnam). The hopes and dreams of this generation for a bright and peaceful future were born along with fate and liberation.

On Saturday July 27, 2019, at the BlackRock Art Center in Germantown, a suburb of the US capital, a rock festival in honor of the anniversary of Woodstock began sounding out tunes familiar to the baby boomer generation.  From three o’clock in the afternoon until late evening, the rock groups returned from non-existence to cover the music and the atmosphere of those legendary days and nights.

Of those idolized musicians, few have survived to this day, but I’ve been lucky to see Carlos Santana on the stage in Washington a couple of years ago (who had not lost his temper and possession of the magic of a guitar). I also saw Neil Young and Patti Smith in concert too. In early September you can expect to see 75-year-old Roger Daltrey fronting The Who at New York’s Madison Square Garden. Jimi Hendrix left this world at the age of 27 and Janis Joplin left the same 27. Their life was short, but the music was beautiful.

The BlackRock Woodstock rock festival in the small town of Germantown brought back a sort of continuation of legendary Woodstock, although the atmosphere was decidedly more subdued keeping with modern day America.  It seemed to me that a third of the spectators were those young dissenters of prohibitions and social norms who could have been at Woodstock half a century ago. But now they had, instead of lush curls and long hair, gray beards and wrinkled faces, figures far from being slim and sporting tired shoulders. But their eyes were shining from returning to that age of youth, when life seemed endless and you wanted to live faster, love hot and die young. The era of sex, drugs and rock and roll was on full display in Woodstock, took away with itself a lot of young rock stars and their fans, but left this everlasting thirst for freedom in the Americans.

I really liked the atmosphere at the anniversary festival in Germantown — the atmosphere of universal love and trust, looseness and warmth. The well-preserved old women in short dresses danced near the stage, in their dances I saw something for the sake of which 200 years ago their ancestors came to America – the fearless desire to pioneer themselves in a wholly new world.

Yes, to be yourself in modern America requires a considerable share of fearlessness – but not like our colonial ancestor’s the landscape has shifted.  The counter-culture of the 60s, through the efforts of crooks from this culture, turned the peace and love idol into carefully marketed packages tailored to now hip consumer.  This was accompanied by wholesale liberal culture ushering in 50 years of the porn industry and an cocaine then opioid epidemic. The sex industry has practically killed the libido as such, and attempts to show the miserable remains of still unkilled desires have been declared criminal. Asexuality is gradually becoming the norm, traditional men and women are relegated to the level of degenerates, but in the maternity hospital, young parents are now asked what gender they wish to register for a newborn child.

Dana Koch returned to the stage of the festival the unforgettable Joan Baez, the young singer resurrected the memory of the premiant folk singer of Woodstock with a fascinating voice and femininity. Classical hits of the folk star performed by Dana Koch plunged the audience into nostalgic languor.

The stillness flowed smoothly into the psychedelic nirvana music of Jefferson Airplaine. Gingerfunk All-Stars, a trio of young musicians from Northern Virginia, play in a rich palette of different genres from reggae to Beatles. Rows of spectators are replenished with new fans of rock, although the July heat still scorched faces. 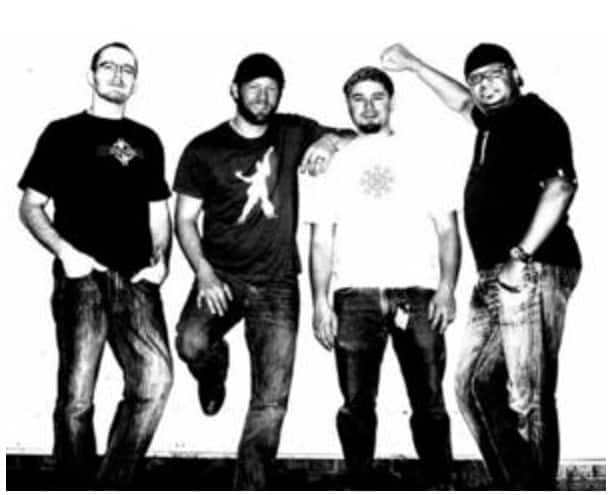 The pro-funk quartet “Squaring the Circle” from Baltimore brings a lively atmosphere to the festival with bold experiments based on the compositions of the unforgettable Grateful Dead and a couple of dozen Woodstock veterans surround the stage and start dancing as Deadheads danced long, half a century ago — relaxed, joyfully and selflessly. Gray beards flying in the dance, oddly enough, do not look funny or wild.

Of the many rock musicians of those times, Neil Young was distinguished by a heightened sense of responsibility of the artist for the mood of society. The spirit of Crosby, Stills, Nash and Young was embodied that night on stage in the compositions of Conor & the Wild Hunt; through indie-folk rock, young musicians try to inspire the world to strive for the best. In their passionate duos, the hot faith of those hippies and their followers who gathered in Woodstock reincarnated was that the world needed only love and war was rejected as a crime.

The real Woodstock fever began already late in the evening, when the tight bangs of the bass guitar were combined with the virtuoso passages of the solo guitar. Jimi Hendrix, a rock music genius who is still longing for rock fans, was introduced by the Baltimore group PurpleFlo. Their work is entirely devoted to the heritage of the legendary rock musician, the music, subtly psychedelic, penetrates the subconscious and you are already in that Woodstock, where young and very beautiful lunar bodies are dancing in the rain and are still completely free. 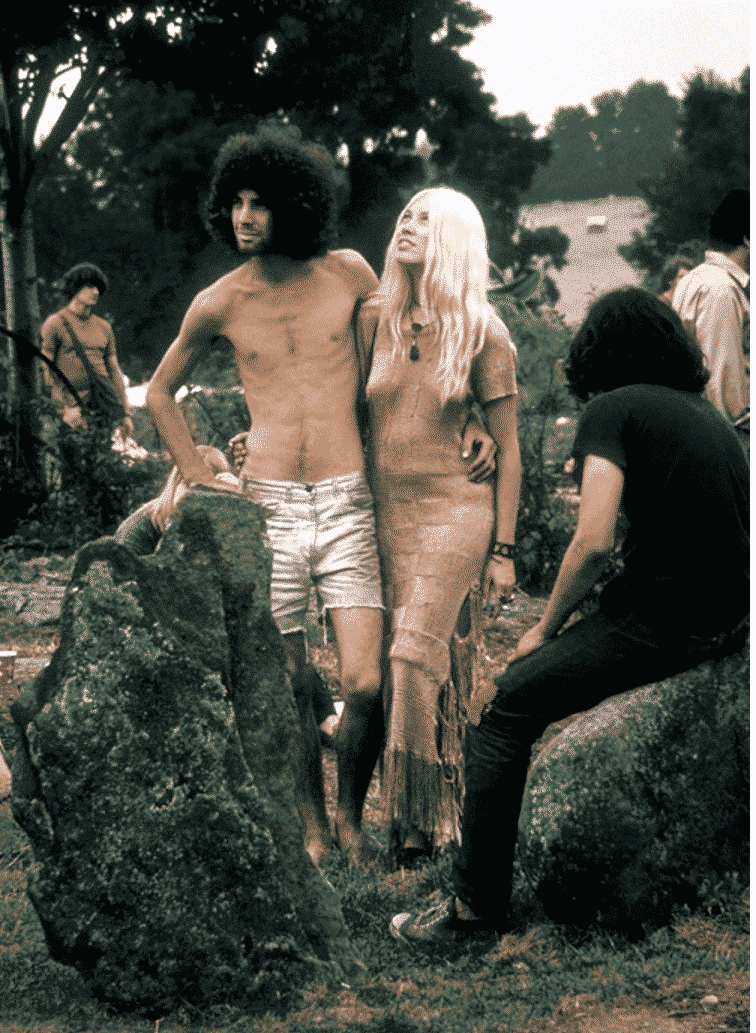 Rock is alive, the thirst for freedom in Americans is indestructible, youth is looking for ways to liberation, Woodstock half a century later did not become just a sentimental memory, it suddenly sprouted in the new germs of a lively counter-culture crushed by globalists and liberals. Those young hippies who danced and kissed on the Woodstock field in the rain wanted to create their own Garden of Freedom. But they got lost, they were betrayed by those who promised them even more freedom, more drugs and more sex. Having gone into the dark corners of the altered consciousness, they did not have time to realize that a real revolution will need a clear mind and strong will.