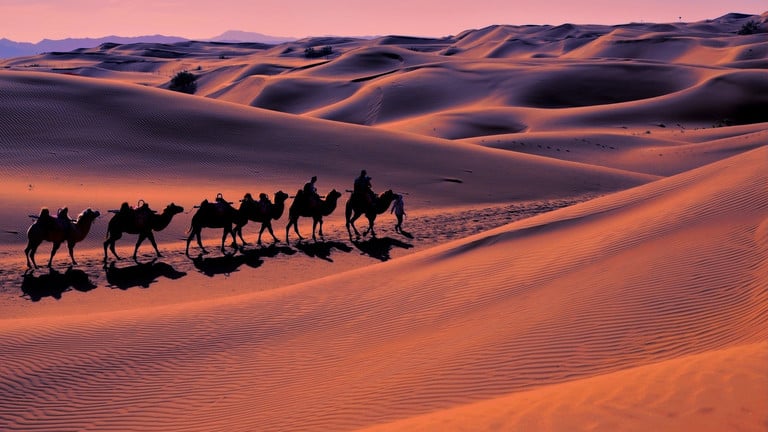 [ Editor’s Note: While China seeks its future in a comprehensive half-century infrastructure program which will stimulate consumer demand over a vast area, the US and its colonialist cohorts, including Israel, have chosen military unipolarism as their main stimulus, wanting to control everything via might and power.

Neither the US nor Europe has even considered a similar program to the New Silk Road, which appears to indicate that their respective publics are not to be invested in, but “maintained” in their current serf mode of eternal indebtedness to the banksters.

The major infrastructure project in Europe, Nordstream 2, is being fought tooth and nail by the US, and even by lackeys in the EU, despite Russia being once viewed as part of Europe. When I lived in Zaandam, Holland for a while, they had a statute of Peter the Great there, in honor of this having labored as a common ship worker on his famous tour of Europe.

Try driving around Europe looking for a public bathroom somewhere, or touring Greece and looking for a gas station or convenience store in the countryside. Try parking your tourist rental car in Naples and finding it still there five minutes later. The Balkans are even worse.

Gordon has been there and seen it all, including having he and his wife surrounded by ten gypsy teen girls demanding they drop their valuables and walk away, and Gordon’s wife begging him not to kill any of them.

The warnings of the Founding Fathers have been ignored, and our so-called democracy is a counterfeit relic. To that we can add the “fourth estate”, maybe the biggest disgrace of all… Jim W. Dean ]

China’s trade with countries participating in its ambitious Belt and Road Initiative (BRI) has been expanding and reached 4.24 trillion yuan ($617.5 billion) in the first half of this year.
–

Customs data showed trade with BRI countries for the period was up 9.7 percent year-on-year. It has outpaced the growth rate of China’s total trade, which remained stable at 3.9 percent.

Exports and imports with Russia, Saudi Arabia and Egypt were up by 11.5 percent, 34 percent, and 11 percent respectively.

Dubbed the 21st century Silk Road project, the BRI was announced by Chinese President Xi Jinping six years ago. Since then, Beijing has signed 173 agreements with 125 countries, including developed and developing countries, and 29 international organizations.

The multi-trillion-dollar initiative aims to boost connectivity and cooperation between Asia, Europe, Africa and Latin America. Experts say it will significantly boost global commerce, cutting trading costs by half for the countries involved.

China’s Belt and Road Initiative (BRI) will likely provide significant business opportunities to global economies, according to participants of the 8th China Business Forum in London.

They said that the world’s second largest economy, China, is poised to grow strongly in the next two to four decades thanks to the BRI.

“Growth is going to continue to come from China for the next 20, 30, maybe 40 years … The greatest growth opportunity in the world is the Belt and Road Initiative,” Stephen Perry, chairman of the 48 Group Club, was cited as saying by China Daily. Perry made a keynote speech at the forum which was organized by London Business School.

“What China is trying to do is to free the productive capacity and consumer demand from China, across Central Asia, central Europe, and down into Africa,” he said, adding it is in the United Kingdom’s interests to take part in the initiative.

Participants of the forum discussed key developments of the Chinese and European economies, including Italy joining the BRI. They also talked about trade deals and innovative business practices between China and Europe.

China’s BRI megaproject (dubbed the new Silk Road), which was announced six years ago by President Xi Jinping, covers 152 countries in Europe, Asia, the Middle East, Latin America, and Africa. It is expected to significantly boost global trade, and cut trading costs by half for the countries involved.

The International Monetary Fund has recently called the trade route a “very important contribution” to the global economy, saying that it promotes regional cooperation and connectivity in trade investment, human mobility, and finance.