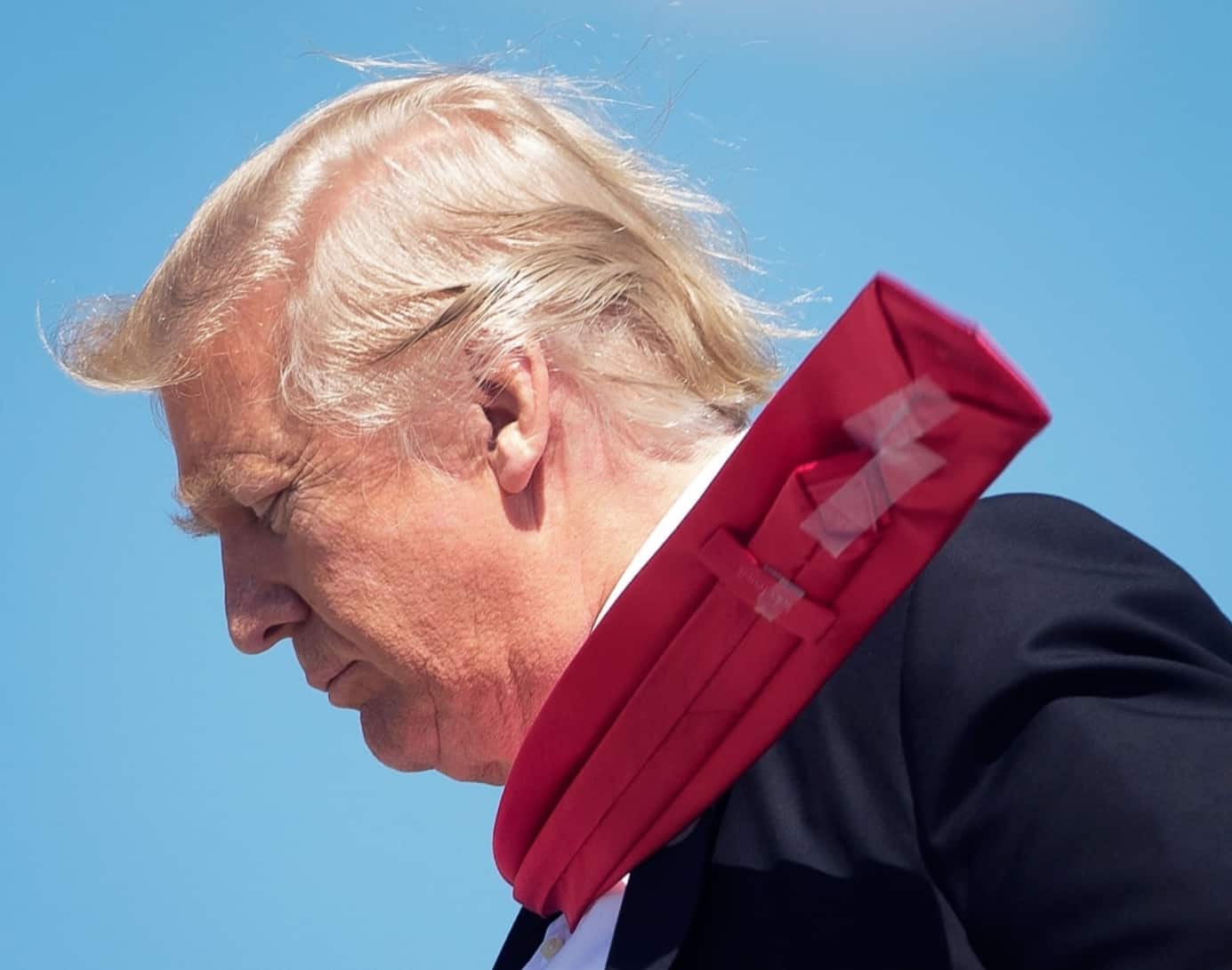 As of the beginning of August, 2019, Trump has just ordered a series of new sanctions against Russia over the Skripal alleged poison gas incident.

For those unaware, Trump is alleging, without evidence, that Russia used a nerve agent that only exists in a video game, one also alleged to be 100% fatal in even the most minute dosage, to kill a former Russian spy and his daughter living in Britain.

However, no one has seen this pair nor are they dead. In fact, no evidence of any kind has been received by anyone.

Trump has also announced he is sending nuclear tipped medium range missiles into Europe, without NATO approval as part of abrogating the INF treaty. He is doing the same in Asia as well. New weapons systems deployed or soon to be deployed by Russia makes the idea of this not just useless but insane.

In Syria, Trump is still supporting the White Helmets, a group made up of mercenaries and paid terrorists that have been proven, time and time again, to murder children and use their bodies to stage fake gas attacks, aided by, well this is another not so shocking truth, press organizations directly tied to Israeli intelligence.

Remember, this is the president accused of colluding with Russia, someone who talks with President Putin regularly and who continually espouses improved relations between the United States and Russia. Yet Trump’s own actions aren’t just inexplicable, they defy more than reason, they offend reality itself.

Going further, we have a new military alliance announced between Russia and Iran with scheduled joint exercises in the Persian Gulf and Straits of Hormuz, in response to Trump’s attempts to create yet another American “coalition of the willing,” a group of nations whose warships are intended to turn that crowded waterway into what would inexorably become a staging area for a world war.

It was Trump who ordered Britain, and we do mean “ordered,” as though Britain were a hand puppet of the United States as Trump himself may well be a blackmailed hand puppet of some unseen power, to seize an Iranian oil tanker on the high seas.

This act by Trump was intended, he claims, to deny Syria from receiving oil. You see, Syria went without power and heat last winter, it gets very cold in Syria, due to lack of oil supplies.

You also see, there is no oil in Syria, an oil producing nation, because the United States has seized Syria’s oil fields and is stealing Syria’s oil and selling it. No one knows where the money is going.

Is Trump being blackmailed? Is the money from Syrian oil paying Trump’s blackmailers?  Domestically, nearly everything Trump touches, every appointment, every regulation, every action, has a consequence that rewards a financial criminal of some kind.

For instance, his recent tariff announcement against China, as even noted by “Trump friendly” Fox News, costs China nothing. Americans pay the tariffs in higher prices for goods that can come from nowhere else. This is a direct tax on American consumers and nothing else.

It also put a huge dent in stock markets and those who knew in advance, and those around Trump, his key advisors, still manage massive hedge funds despite their supposed government service. The profits to be made in following Trump’s ill-considered tariffs and maniacal tweets that raise or crash oil prices on a whim, are massive.

They also constitute a clearly observable pattern of wrongdoing.

Past this, we look at his global warming denialism while key advisors of Trump have close ties to the coal industry and power generation and profit personally from relaxed regulations in violation of international accords Trump has withdrawn from.

Trump goes further, he now openly bans scientists from publishing environmental studies unless they are edited and censored by political operatives working for the coal industry. Seeing a pattern yet?

Then we look at the war between Saudi Arabia and the people of Yemen. Congress voted to end arms sales to Saudi Arabia after tens of thousands of civilians were murdered by Saudi weapons, weapons purchased largely from the US and Britain.

Trump vetoed this bill and has renewed the sale of weapons, many include those prohibited by international treaty such as cluster munitions and chemical weapons. Now we admit, Trump and his son in law, Jared Kushner, do have personal businesses in Saudi Arabia.

Kushner has borrowed over $150 million from the Saudi’s while serving as a Trump envoy and Trump himself has penned deals to open hotels, casinos and even brothels inside Saudi Arabia, something heretofore prohibited in this strictly religious nation.

Perhaps the least publicized but most glaring evidence is in his bans on oil from Venezuela and Iran. With oil prices up an average of 37% and the average American now paying nearly as much for gasoline as housing, certainly more than for food, oil companies are cashing in on Trump profits.

Worse still, as mentioned earlier, threats against the Persian Gulf that Trump issues from time to time further push up oil prices. More than ever his attempts to diminish supply in a world that would otherwise be suffering a glut of available oil, something that would certainly raise the standard of living in both Europe and the US significantly, and in doing so, stabilize economies as well, look “fishy.”

Then one might wonder how Trump could be blackmailed? American’s media is censoring all content tying him to his lifelong friend, Jeffrey Epstein, facing prison for child trafficking.

Past that, we can’t help but notice that accused child trafficker, Ghislaine Maxwell, an alleged Mossad agent and longtime associate of both the Trump and Clinton families, though named over and over in the Epstein case is neither being sought nor questioned much less arrested.

Similarly, others who have been charged in civil suits for child rape, including Prince Andrew, attorney Alan Dershowitz and Trump himself, have not been questioned.

In fact, any news story involving wrongdoing by entire sectors of America’s power elites that are clearly tied to endless financial scams from insider trading to outright fraud, is censored.

Moreover, the US Department of Justice under William Barr, himself an alleged former CIA “fixer,” has blocked any investigation that leads to what is clearly a massive criminal conspiracy that has both overwhelmed and choked America’s political processes.

Are Trump’s failures to enact polices and promises evidence of blackmail or pathological dishonesty?