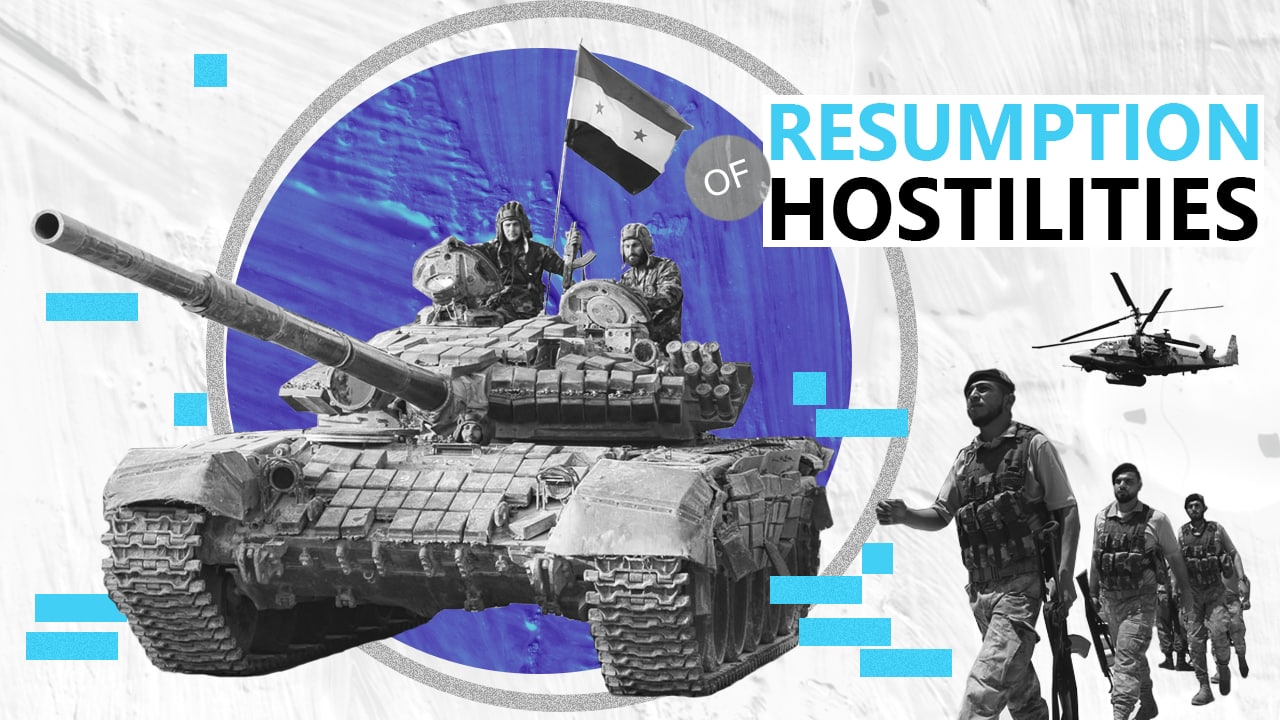 On August 3, the leader of Hay’at Tahir al-Sham (formerly Jabhat al-Nusra), Abu Mohammad al-Julani, announced that his group would not withdraw “a single fighter or a weapon” from the demilitarized zone and vowed to recapture the areas, which had been liberated by the Syrian Army. The withdrawal of radicals from this demilitarized zone had been the key demand behind the establishment of the ceasefire.

On the same day, Abu al-Walid al-Tunisi, a senior commander of al-Qaeda-affiliated Horas al-Din, was killed in an improvised-explosive device (IED) explosion in Taftanaz in eastern Idlib. Some pro-militant sources immediately blamed Damascus.

On August 4, the al-Qaeda-linked coalition of militant groups, “Wa Harid al-Muminin”, shelled the town of Slanfah in northern Lattakia with rockets inflicting civilian casualties. The terrorists also claimed that they had foiled a Russian special operation near Khirbat al-Naqus in northwestern Hama. The coalition said that 2 of its fighters were killed in the clashes.

On August 5, Syria’s General Command of the Army and Armed Forces announced that militant groups in the Idlib de-escalation zone refused to abide by the ceasefire and continued attacking civilians in nearby areas. In the released statement, the General Command said that Syrian forces will resume combat operations against militants regardless of  the names that they are using and described the Turkish presence in the country as a destabilizing one. Syrian air and artillery strikes were reported in northwestern Hama and southern Idlib.

Earlier reports appeared that the Syrian Army may resume full-scale ground operations against militants after the end of Eid al-Adha on August 15 if they continue to violate the ceasefire.

According to the Damascus government, since the start of intervention in Syria, Turkey has deployed inside the country 10,655 military personnel, 166 battle tanks, 278 armored vehicles, 18 rocket launchers, 173 mortars, 73 vehicles armed with heavy machine guns, 41 anti-tank missile launchers, and around 280 policemen.

On August 4, President Recep Tayyip Erdogan announced that Turkey is planning to enter northeastern Syria, currently controlled by US-backed Kurdish armed groups, and has already shared these plans with the US and Russia. On August 5, the Turkish-backed Syrian National Army shelled positions of Kurdish groups east of the towns of Marea and Herbel.

Meanwhile, the Afrin Liberation Forces, a Kurdish insurgency organization created to carry out attacks on Turkish targets in the area of Afrin announced that the recent AFL operations resulted in the killing of 19 members of Turkish-backed factions. Tensions in the area are growing.