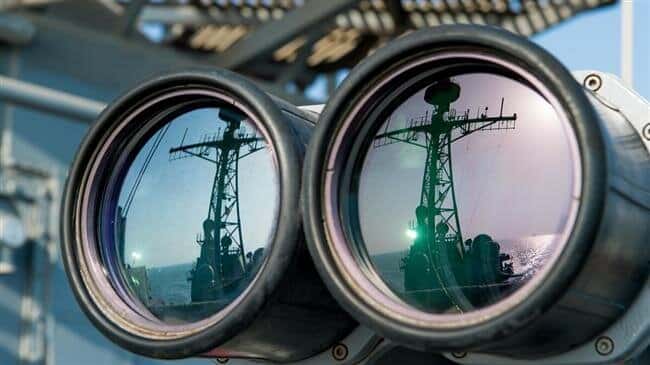 [ Editor’s Note: The US Uni-Polar nanny is going full bore in taking control of the oil markets, actually manipulating them. While it claims it is doing this for national security issues we see the bankster-gangster combination teaming up to rake in the profits from this activity behind a screen of immunity.

National immunity is a tool trotted out by the US whenever desired, but is not as readily available for other countries to use if they do not have a large military industrial complex with nuclear weapons. It also has a hole card with the dollar still being the top reserve currency.

That this activity flies in the face of the United Nations founding principals for international relations, the UN is just totally ignored despite its occasional protestations. It has no power to enforce compliance.

When you add in Mr. Trump and his long history of gangster pals, his presidency has been the jackpot for that crowd. All that was required was compromising the Justice Department via a new head who will make sure no major investigations into the uber gangsters’ activities ever gets cranked up.

His supporters could care less about this open corruption at the top of the Justice Department, with a Supreme Court following suit, where any major contenders have already passed the smell test, as members of the Federalist Society, of being no threat to the bankster-gangster crowd.

Some would even say that this horrible situation has become institutionalized, and is beyond fixing. Anyone that could be a threat is either eliminated or bought off, usually the latter way as the mountain of money available is never ending… Jim W. Dean ]

Asian oil refiners are seeing their profits shrink from the loss of Iranian crude supplies after the US decided in April not to extend sanctions waivers for imports from Iran.

According to media reports, refinery margins have dropped to the lowest for this time of year in 16 years and are expected to deteriorate further.

The decline in profits comes amid reports that Saudi Arabia and other producers in the Middle East have raised their crude oil prices to Asian and European customers and cut them to the United States.

On Sunday, state oil monopoly Saudi Aramco said it had raised its July price for its Light grade for Asian customers for the second month in a row.

The United States has pledged to eliminate all Iranian crude oil exports, and is relying on Saudi Arabia and its other allies in the Persian Gulf to fill the gap in supplies.

While analysts have doubted the US ability to reduce Iran’s crude exports close to zero, Saudi Arabia would have to raise its production to unprecedented levels to cover the loss of more than 2 million barrels per day (bpd) of Iranian supplies.

Markets experts say a theoretical elimination of Iranian crude oil would leave the global market tighter than at any time since the oil shocks of 1973/74 and 1979/80, with resulting upward pressure on prices.

The US decided not to extend its sanctions waivers to eight importers of Iranian crude after the exemptions expired at the beginning of May, but Iran is operating in the shadows of the global oil market.

Last week, Hong Kong said it has been warned by the United States to be on alert for a vessel allegedly carrying Iranian petroleum that may seek to stop in the Asia financial hub.

Reports said the fully laden Pacific Bravo was owned by China’s Bank of Kunlun which has been the main official channel for money flows between China and Iran since 2012.

The Chinese lender, however, denied owning the ship, Bloomberg reported on Monday. “After our checks, the vessel Pacific Bravo, and the goods it carries, have nothing to do with Bank of Kunlun,” the bank was quoted as saying.

China is the top buyer of Iranian oil and nearly all its oil payments go through Kunlun.

China’s imports of Iranian oil hits a seven-month high in March, just before Washington’s termination of sanctions waivers for major buyers of crude from the Islamic Republic.

Hong Kong which is a special administrative region of China, however, dismissed the US warning, saying it does not implement unilateral sanctions.

“Certain countries may impose unilateral sanctions against certain places on the basis of their own considerations,” a spokesperson for Hong Kong’s Commerce and Economic Development Bureau said.

“Those sanctions are outside the scope of the UN Security Council sanctions” implemented by Hong Kong, the spokesperson said.

“China has all along opposed unilateral sanctions and so-called long arm jurisdiction,” a Ministry of Foreign Affairs spokesman said.