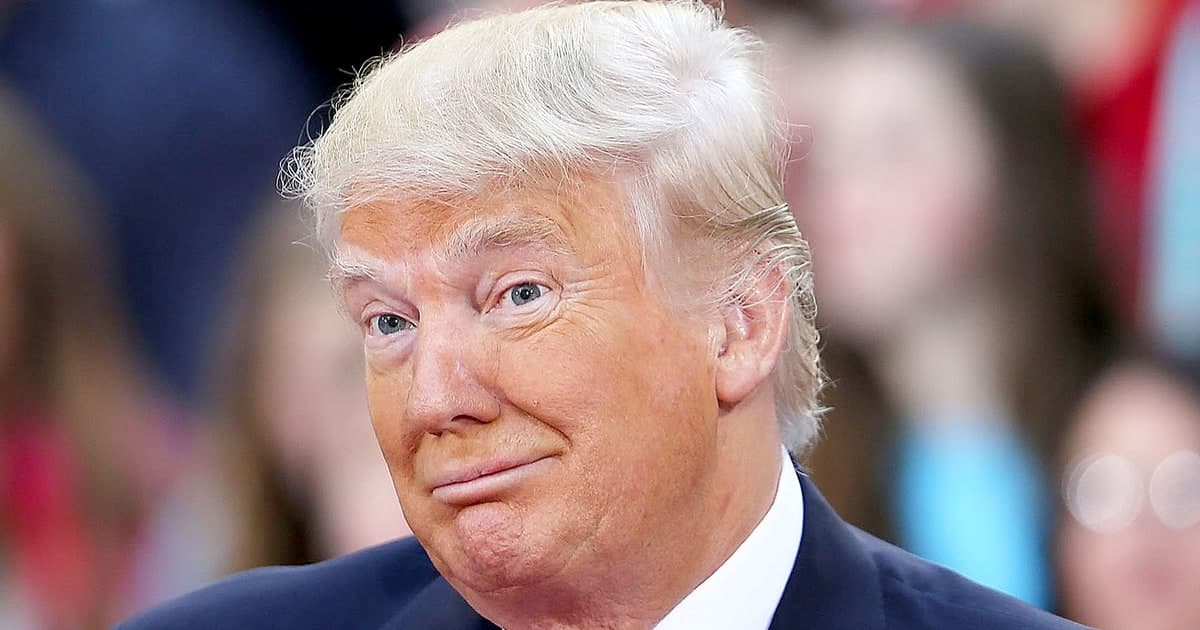 Published by Russia Today, Censored in the US

“>As an increasing number of hazardous chemicals are banned around the world, they remain legal in the US. Why are American regulators so slow to move, and who benefits from their inaction?

Dozens of pesticides, up to 85 in total, approved for widespread agricultural use in the United States have been banned elsewhere in the world. For example, the US allows 11 different pesticides banned in China, and 17 that have been prohibited in Brazil.

The contrast is especially stark in Europe. The recently banned pesticide chlorpyrifos has serious genotoxic and neurological effects, especially in children, the European Food Safety Authority warned in a report published over the weekend. The pesticide, which comes up for re-approval in January, does not comply with EU health regulations because a safe exposure level cannot be established, even at the lowest experimental quantity.

With no safe dose, there can be no responsible use of the substance, no matter how cheap and effective it is compared to other pesticides. This seems like common sense, but the EU regulator’s decision to advise against chlorpyrifos stands in contrast to its American counterparts, which have stubbornly refused to ban the pesticide in commercial agriculture, along with many other deadly substances manufactured by wealthy agrochemical conglomerates.

Agency of no ban

Not only does chlorpyrifos remain in use in the US, concerns about its negative effects on living creatures (including humans) are dismissed by regulators and media marching to the tune of Big Business. The poisonous pesticide, and dozens more like it, are zealously protected by watchdogs who seem to have devolved into lapdogs for industry.

After nearly a decade of lawsuits, the Obama administration finally promised in 2015 to ban chlorpyrifos. The Environmental Protection Agency even produced studies showing that the pesticide harmed brain development in children. But Trump’s EPA director Scott Pruitt reversed that decision before it could take effect, shortly after a meeting with executives from Dow Chemical, its manufacturer. Prior to his appointment, Pruitt worked so closely with the energy industry in fighting the EPA and environmental legislation, that he actually allowed energy lobbyists to use his official stationery (as Oklahoma attorney general) to file complaints against the regulator.

That is just one example of collusion between US regulators and the industries they’re supposed to regulate. Communications between Monsanto executives and EPA scientists show the former bullying, cajoling, and coercing the latter into downplaying troubling experimental results regarding the carcinogenicity of Monsanto’s blockbuster herbicide glyphosate (marketed as Roundup). It remains legal in the US, despite multiple court rulings awarding hefty sums to customers stricken with non-Hodgkins lymphoma from using the product.

Monsanto, now owned by the German giant Bayer, has been caught ghostwriting scientific studies and journal articles and paying sympathetic scientists to use their names, thus allowing the company to present the work – including studies it has shown off in court as proof of Roundup’s safety – as “independent.”

In 2017, the EPA’s inspector general launched an investigation the agency over an email in which its Office of Pesticide Programs appeared to conspire with Monsanto to “kill” an investigation by the Department of Health and Human Services into glyphosate.

The International Agency for Research on Cancer has determined the herbicide was “probably carcinogenic to humans” based on a wealth of peer-reviewed studies, but the EPA refused to change its classification. Instead, the agency has relied on proprietary industry-funded studies even as former EPA scientists insist on re-evaluating the herbicide following a study that found exposure raised the risk of developing non-Hodgkins lymphoma by an eye-popping 41 percent.

ALSO ON RT.COMAustria becomes first EU country to ban glyphosate weedkillerThis regulatory capture has been aided by the media. Monsanto has “pet journalists who pushed Monsanto propaganda under the guise of ‘objective reporting,’” according to one of the Roundup cancer lawsuits. The lawsuit described the “reputation management” consultants who infiltrated news outlets, including the BBC, in order to influence the “real” journalists writing about the company, supplying pro-GMO talking points and storylines while slapping their names on Monsanto-written articles. The company has also sought to smear and discredit hostile journalists, using an astroturfed journal called Academics Review. More recently, the EPA itself has started going after journalists who pursue stories exposing the regulator’s collusion with Big Pharma.

Tip of the chemical iceberg

Glyphosate and chlorpyrifos are far from the only chemical pariahs the US continues to embrace. The US Food and Drug Administration dismisses the danger of food dyes like Blue #2 and Yellow #5, linked to brain cancer and genotoxocity, respectively, arguing that they’re used in such small doses in American products that they couldn’t possibly have an effect – even though some people are sensitive enough to Yellow #5 that US companies are legally required to list it on their labels.

Bovine growth hormones (rBGH and rBST) given to cows to increase milk production remain legal (if controversial) in the US, where the dairy industry has fought against laws that would require products containing them to be labeled. Milk containing these hormones contains IGF-1, an ingredient linked to tumor development by the American Cancer Society.

While other countries tighten the screws on corporations that would abuse the public trust, the US lets them write the regulations. Many chemical and pharmaceutical companies belong to the American Legislative Exchange Council (ALEC), a powerful lobbying group that actually writes bills for friendly members of Congress to pass into law.

Meanwhile, the Trump administration has elevated regulatory capture to an art form. Not only was Pruitt named to head the EPA, but former Monsanto lawyer Aurelia Skipwith was appointed director of Fish and Wildlife Services, while Alex Azar, former president of pharma giant Eli Lilly, runs the Department of Health and Human Services.

These appointments demonstrate to companies like Monsanto and Lilly, who have been caught time and again covering up evidence of their misdeeds, that all is forgiven as long as they turn a profit. Not only has the EPA green-lighted chlorpyrifos, glyphosate, and sulfoxaflor – a pesticide known to harm bees, which are dying at an unprecedented rate, posing a serious threat to the world’s food supplies – but it has given up on the pretense of actually regulating agribusiness.

Last month, the EPA dropped “surprise” inspections of chemical and power plants, a move the agency claims is “aimed at fostering a better working relationship between the agency and states.”

The fox governing the henhouse

Washington’s dismantling of regulations meant to protect Americans is only the culmination of a long history of regulatory capture, fueled by hefty contributions from the nation’s top corporate predators. A 2015 law banning states from requiring genetically modified foods to be labeled as such was pushed through by lawmakers receiving six-figure sums from the agrochemical industry, even though some polls showed 90 percent of voters were against it.

Bayer, Monsanto’s parent company, spent $3.6 million on lobbying in 2018. The pharmaceutical industry spends more money on lobbying than any other, dumping $283 million into elections last year alone, and over $4 billion over the last two decades. These industries pay good money for friendly government, while the people that the government is supposed to protect just can’t compete. Especially in the wake of the 2010 Citizens United decision that infamously determined “corporations are people” whose political donations are legally protected speech, ordinary Americans don’t stand a chance of seeing their interests represented in government.

ALSO ON RT.COMEnvironmental NGO finds Monsanto chemical in Cheerios and other foods marketed to childrenAs a result, glyphosate is found in almost every foodstuff tested – including organic foods supposedly grown without it, and even breast milk – but the Centers for Disease Control doesn’t include the herbicide in the 200 industrial chemicals it monitors in Americans’ blood and urine. The EPA actually raised the limits for glyphosate allowed in food in 2013 – perhaps because most American food wouldn’t pass inspection at safety levels set by watchdogs like the Environmental Working Group.

Pesticide residues are found in 70 percent of produce sold in the US, and have been measured at levels harmful to aquatic life in 60 percent of rivers and streams in rural areas – even though the World Health Organization says pesticides are “intrinsically toxic.”

On top of all this, over 40 million Americans (and a quarter of those over the age of 60) are taking psychotropic drugs, despite serious side effects especially associated with long-term use.

ALSO ON RT.COMEPA seeking to loosen pollution rules for defense departmentAfter all this, it’s no surprise that just 11 percent of Americans trust Congress, and even Big Business only enjoys 23 percent support, according to a Gallup poll conducted earlier this year. A Princeton University study in 2014 – while Barack Obama was president – confirmed that the US is no longer a democracy, but an oligarchy. When the interests of average Americans clash with the interests of the rich, the rich always prevail.