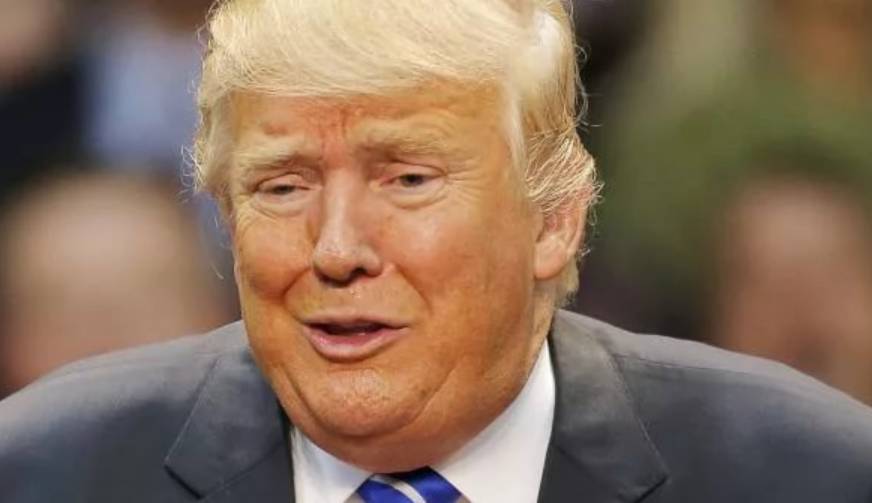 Amidst all the belligerent rhetoric and chest thumping, something very interesting is happening in the Middle East. As Trump’s pressure campaign against Iran is drawing closer to a war Trump doesn’t seem to want, America’s regional actors are reading the tea leafs: Trump is losing the longer game. And if war breaks out, Saudi Arabia and the UAE will likely end up on the front line of that war rather than the US. This has given birth to some new interest in diplomacy in some quarters in the region. While a defeat for Trump, this is good news for America – even though Washington will not easily accept that it is the perception of its reduced military commitment to the region that has opened up some space for regional diplomacy.

I write about this in the American Prospect today.

Is Trump Accidentally Triggering Reconciliation in the Middle East?

The Trump administration took its irrational animosity toward Iran to new heights this past week by sanctioning Iranian Foreign Minister Mohammad Javad Zarif. Though an absurd move that directly contradicts Donald Trump’s claim of seeking diplomacy, it appears unlikely to change an increasingly undeniable reality in Trump’s standoff with Iran—Zarif and the Iranians are gaining on the long game. This has not escaped America’s allies in the Persian Gulf—and some have started to act accordingly. Yet within Trump’s defeat lies a victory for America.

Iran was in a precarious situation back in May of this year. Trump had just announced a major escalation: He was going to push Tehran’s oil exports down to zero by refusing to renew sanctions waivers to European and Asian countries. With a highly oil-dependent economy, Tehran could ill afford Trump’s ever-intensifying economic warfare.

Ever since breaching the Iran nuclear deal a year earlier, Trump had sought to bring Iran’s economy to its knees by re-imposing sanctions. At first, the Iranians had hoped European Union countries would continue their trade and shield Iran from Trump’s economic belligerence. This kept Tehran from responding to Trump’s provocations, since it calculated that it could endure the economic pressure and wait out the Trump administration.

But the EU only talked a good game; in practice, Europe was more adamant about abiding by Trump’s sanctions than adhering to their obligations under the nuclear deal. For all practical purposes, the EU had abandoned Iran. By the time Trump upped the ante by targeting all of Iran’s oil exports, Tehran’s patience with the EU had already run out.

With Trump going for full-scale strangulation of Iran by decimating Iran’s oil industry, Tehran could no longer passively endure the pain—or wait out Trump, for that matter. The United States’ maximum-pressure strategy was costing Trump very little while devastating the Iranian economy. All the risk and cost were on the Iranian side, none on Trump’s. As long as that was the case, Trump was unlikely to ease the pressure or shift strategy. Iran needed to turn the tables.

A few weeks after Trump went after Iran’s oil exports, a series of yet-to-be-explained incidents took place in the Persian Gulf. Several oil tankers were mysteriously attacked. Iran is a likely culprit, but the attacks could also have been false flags by those hoping for a military confrontation between the U.S. and Iran. No conclusive evidence has been presented for either explanation.

If the Iranians were behind the attacks, their counter-escalation seemingly succeeded in compelling all sides to rethink their strategy. This was evident after the Iranians shot down an unmanned U.S. drone they claimed had entered Iranian airspace. Trump prepared to strike Iran in retaliation but, according to the White House’s narrative, called off the military operation at the last moment.

Trump claims he reversed his decision because an operation that would leave 150 Iranians dead was disproportionate to the Iranians shooting down a pilotless flying machine. The Iranians say Trump was deterred after receiving a message from Tehran threatening to respond disproportionally to any attack by the U.S.—meaning a full-scale war.

The truth is probably somewhere in the middle. The Pentagon likely explained that Tehran would not be pacified by an American attack, but rather would retaliate against American targets throughout the region. As Trump realized that he was about to ignite yet another senseless Middle East war with potentially significant negative electoral implications, he got cold feet and called off the attacks.

This quickly turned out to be a watershed moment for the region.

Regardless of what transpired before Trump called off the attacks, the perception in the region and beyond was that when push came to shove, America’s reality TV president decided to blink rather than to shoot.

For America’s Arab allies in the Persian Gulf, this was devastating. For more than a decade, they have pushed the U.S. to go to war with Iran (then–Secretary of Defense Robert Gates told his French counterpart already back in 2010 that the Saudis “want to fight the Iranians till the last American”), and they currently are the sole supporters of Trump’s maximum-pressure strategy besides Israel.

Immediately after the Iranians shot down the American drone, they sent an ominous message to the rulers of the United Arab Emirates. If war were to break out, the message read, Tehran would unleash all of its might on the Emirates and any regional power that would assist the U.S.

Not only was their long-term investment in a U.S.-Iran confrontation unlikely to pay off, Saudi Arabia and the UAE were now faced with a much-incensed Iran without the protection from America they thought they had secured. They had played with the lion’s tail without realizing they would face the lion alone once he woke up.

Trump’s reversal and Tehran’s message to the Emirates may explain the UAE’s about-face on the war in Yemen three weeks ago and its surprise decision to send a peace delegation to Tehran last week, as well as its refusal to pin the blame for the tanker attacks on Iran, much to Washington and Saudi Arabia’s chagrin. The previously overconfident kingdom has developed a newborn interest in diplomacy, now that it knows it cannot count on the U.S. to do the fighting for it.

At first glance, this may appear as a defeat for the United States. Washington pundits have been quick to bemoan the loss of American credibility whenever it passes on an opportunity to bomb a country. Trump was not spared from that criticism. But while these events certainly dealt a blow to Trump’s maximum-pressure strategy, they were not a blow to America’s broader national security.

America’s unwise invasion of Iraq in 2003 tore down the existing geopolitical order in the Middle East. Ever since, the region has been order-less. The violence and instability of the past decade are to a large extent a manifestation of gravitational geopolitical forces seeking to find a new balance.

But an external force has undermined this process and helped prevent it from making progress: America’s desultory military presence.

For the past 15 years, Washington has oscillated between seeking to re-establish American military hegemony in the Persian Gulf and a reluctant desire to shift its geopolitical focus elsewhere. The end result has been a policy characterized by irresolution, indecisiveness, and strategic confusion. When America has wanted to establish a new order, it has lacked the power and the diplomatic savoir faire to do so. When it has recognized that it lacks the power to do so, it has refused to step aside and allow the region to find its own balance.

Both Saudi Arabia and the UAE have pushed the United States to re-establish the pre-2003 regional balance, one where they had full freedom of maneuverability under the protection of the United States while their geopolitical rivals Iran and Iraq were sanctioned and contained. As long as there was still some slight hope that the U.S. could be convinced to re-establish Pax Americana in the Persian Gulf, these two Arab dictatorships refused to engage with Iran diplomatically. From their standpoint, it was preferable to trap the U.S. in the region and have it permanently tip the scale in their favor rather than to sit down with Tehran and begin the difficult but necessary work to establish a new security architecture for the Persian Gulf.

In that sense, America’s military commitment to the region has helped fuel Saudi and Emirati recklessness and dismissal of diplomacy—much to the detriment of the U.S. itself, whose interest does not lie in permanently pandering to these dictatorships.

By signaling, albeit inadvertently, that America wisely lacks the appetite for a war of choice—or even worse, a war on behalf of Saudi Arabia and the UAE—with Iran, Trump may have opened a window of opportunity for indigenously driven diplomacy in the region by simply stepping aside.

Ultimately, that is a victory for the American people and their interests, even if their current leadership doesn’t see it that way. Military hegemony in the Persian Gulf no longer serves the U.S. interest, and while stability should be America’s preference, the responsibility of finding a new order must primarily fall on regional actors, with the U.S. playing a supporting rather than driving role. A Persian Gulf that finds its own balance will be more stable in the long run—and will cost America far less precious blood and treasure.

Trita Parsi is the executive vice president of the Quincy Institute for Responsible Statecraft and author of Losing an Enemy: Obama, Iran, and the Triumph of Diplomacy.