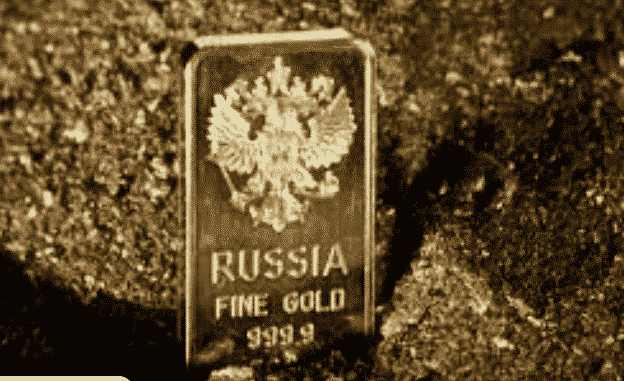 Russia benefits from a trade dispute between the United States and China, as its gold holdings are constantly increasing in value.
This is written by Wolfram Weimer in an article on the Web portal. de.
He points out that overall the global share of gold in central banks increased by 651 tons over the year. Almost half of this growth is accounted for by the Central Bank of Russia. Currently, “Putin is donating 4 to 5 tons of gold every week to his central bank.” In June alone, Moscow bought 18.66 tons of gold, and since the beginning of the year, the gold reserve has grown by 100 tons and now exceeds 2000 tons, the author points out.
Last year, for the whole year, Russia bought 274.3 tons and became the world’s largest buyer. And this is her own gold mined in Russia. “And since the price of gold rose by 20 percent in one year and has now reached a six-year high, Russian reserves have arithmetically increased by about $ 20 billion,” Weimer calculated.
Analysts estimate the value of the precious metal in the vaults of the Russian central bank at more than $ 100 billion, which allows Putin to proudly declare: “For the first time in our history, our reserves cover all external debt, both public and private.”
The German journalist sees the reasons for the gold rush in the policy of “de-dollarization” – the weakening of the dominance of the dollar, as the main weapon of sanctions. And here Putin has success, Weimer notes: “huge trade flows to and from Russia are now processed without any dollar bills.” Along with the accumulation of gold, the Central Bank of Russia is dumping American debt, the author continues. Today, US government bonds in Russia are only $ 12.8 billion, and in 2010 it was almost $ 180 billion.
The effect of dedollarization and withdrawal in the accumulation of gold grew with the outbreak of a trade war between the United States and China. “Every uncertainty in global financial markets leads to higher gold prices, which is seen by many investors around the world as a safe haven for crises. Thus, the more intense Donald Trump wages trade wars with China, the more valuable Putin’s gold treasure will be.” – writes Weimer.
In addition, according to the journalist, the lower Washington and the Fed set interest rates, the more interesting gold becomes global investment. “In this way, Putin benefits twice from American politics.”
And this is not all, Russia is the world’s largest gold miner and, having bought 274 tons of 314 tons mined last year, Moscow deprived the world market of this product, so gold prices tend to continue to rise. Especially given the projected decline in its production, Weimer notes.
Putin’s policy follows Beijing. “Even Turkey, Poland, Hungary and Kazakhstan suddenly copy this strategy and increase their purchases of gold. Putin’s plan:“ Down with the dollar, let’s switch to gold, ”is being implemented. On his 20th anniversary of coming to power, he is conducting a capitalist-type world political revolution. He wants to defeat the United States with their own weapons, “concludes Wolfram Weimer.
Read on: Portfolio manager: gold in the Central Bank of Russia lies at a critical moment
World Gold Council accuses Russia and China of over-holding of precious metals
Expert: buying gold by Russia is bad for the West