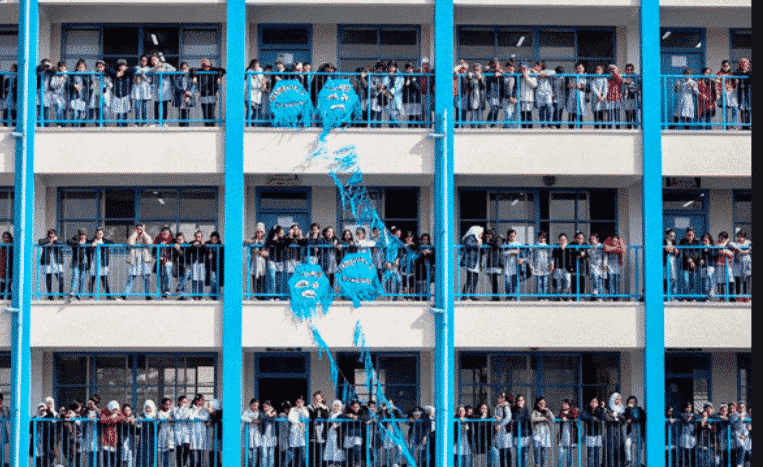 It came as no accident or surprise the news of corruption and nepotism by top UNRWA management a few weeks after the three American Jewish/Israeli Loyalists; Jason Greenblatt, Jared Kushner and David Melech Friedman all came out calling for the dismantling, liquidation and shut down of the UNRWA, the UN established work and relief agency set up to help and assist Palestinians exiles expelled by Israel after its establishment in 1948.

I dare say that almost all of UN, Israel, American agencies and departments are riddled with corruptions, abuse of power, nepotism, certainly sexual abuse, and misconduct. No one is calling for shutting down these agencies except our American Jewish friends. 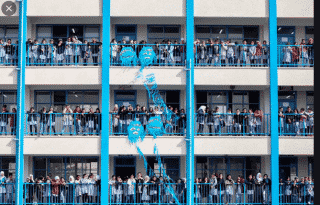 The chief executive officer (Pierre Kranhenbul) of UNRWA, a Swiss national (even the Swiss are not immune to corruption) was dismissed for abuse of power, nepotism and hiring his mistress as “special advisor”.

Before we go the history of UNRWA we must recognize the role the American Friends Service Committee (Quakers) played in establishing the much-needed support for Palestinians immediately after the expulsion and ethnic cleansing of over 700,000 Palestinians. The same organization which did the same thing assisting escaping Jewish refugees after the defeat of Hitler and Nazi Germany.

UNRWA was established by UN resolution 302(IV)of 8 December 1948 “to carry out direct relief and works programs for Palestinian refugees “and it began operation on 1st of May, 1950. 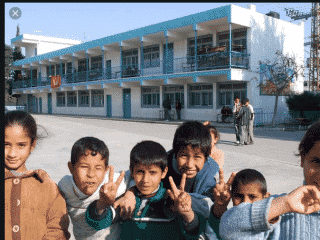 Over the years and with an annual budget of $1.2 billion UNRWA has done such a tremendous and exceptional jobs providing education, health, food and supporting work program for the 5 million Palestinian refugees registered with the agency in the Arab World.

It is well known for the exceptional schools it ran and operates, perhaps the best in the Middle East if not the Arab world, where hundreds of thousands of children graduated from its schools to go on to colleges and universities not only in the Arab world but around the world.

Thanks to UNRWA the Palestinians have earned the well-established facts of being the most educated in the Middle East and among the Arabs, and UNRWA was the engine behind such reputation and achievements. I have many personal stories of people I know who thanks to UNRWA became well-known professors, engineers, physicians, artists, and business leaders. The PLO with its corruption and ineptness could never have achieved the rate of success of UNRWA.

Of course our American Jewish friends a die-hard Zionists are doing their best to shut down the organizations because UNRWA keeps the cause of Palestinian exiles and Jewish ethnic cleansing of Palestinians alive and they want to get rid of this daily nightmare that reminds them of their ugly and criminal history.

Almost all of UN agencies from the World Health Organization to Peace Keeping missions to UN general assembly have chronic corruption, nepotism which is legendary. Many of the corrupt and incompetent former officials and diplomats are recycled through the UN to head many of its agencies and of course, the culture of corruption comes with them.

The UN is well known for its inept bureaucracy and inefficiency and the way it runs its agencies. There is no board of directors with management and oversight responsibilities, there is no “inspector general” assigned to every agency. How in the hell did it get away with it all this time explain the reasons it is a garage for many former officials from member states?

But let us not concentrate on the UN and its legendary corruption and ineffective bureaucracy but let us address the same issues of corruption and nepotism that affect many other institutions in the US including our government agencies with the Pentagon having its lion shares of corruptions with tens of billions unaccounted for and costs overrun that are legendary.

But then there is the Catholic Church not only of America but of Europe and Australia with legendary sexual abuse of boys by the clergy forcing many of Diocese to pay hundreds of millions in civil damages to abused victims and with many leaders of the church going to jail.

Recently the news of financial corruptions and irregularity with the NRA forced senior officers to quit with charges and countercharges.

Even the Boy Scouts of America recently been in the news with cover-up massive cover-up of sexual abuse.

However, no one is calling for the shutdown of the NRA, or the Catholic Church or the Boy Scouts of America, certainly not the Pentagon and the Food and Drug Administration or any of the Wall Street firms and brokerage houses and pharmaceutical companies, certainly health service companies.

Yet our American Jewish Zionist friends are hell-bent on shutting down UNRWA because they want to pass their “Deal of the Century” which is a pure Jewish Zionist deal designed only to benefit Israel at the expense of Palestinians. Keeping in mind Ehud Olmert went to jail for corruption yet these Israeli loyalists did not call for shutting down the municipality of Jerusalem or the Israeli prime minister’s office.

Is the professional and business history of this TRIO lilly white with no hidden cheat somewhere? I am sure the finacier of New York know better.