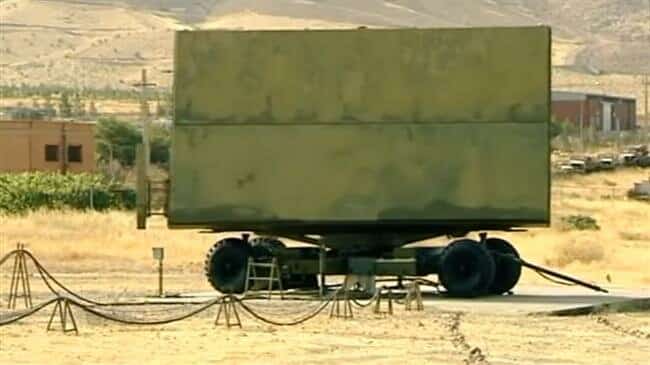 [ Editor’s Note: Iran continues to produce and upgrade its defense equipment as quickly as it can with the US pushing as hard to deploy a coalition naval group in the Persian Gulf area to block Iran’s oil exports.

Iran’s ability to get around the sanctions, especially with China, has provoked the US to be more aggressive, even though the unilateral sanctions are illegal, but which the US could not care less.

This is a very sophisticated cat and mouse game, especially when stealth weapons are in the theater. We recently saw what happened when Iran decided to reveal that it could monitor and take down one of the US’s most expensive stealth drones.

Iran released its tracking data to the US showing the drown darting into Iran airspace and then out again. I suspect the US was using the drone to test Iran’s tracking ability. Iran confirmed this when it reported it had warned the US drone handlers to stay clear, thus revealing that it could see the drone.

Why did Iran shoot the drone done? Well why not? It already knew the US knew it could track it, so it was no longer secret. So I suspect that a political decision was made to go ahead and take it down as an example that Iran had not only the ability, but the right to do so.

The US would have shot it down if the situation had been reversed, and we saw the US did not protest too much. But one of these  types of incidents could easily trigger a wider war, especially if a US or coalition ship was involved with heavy casualties… Jim W. Dean ]

The Iranian army has unveiled the “Falaq radar system”, an indigenous upgraded and overhauled version of a foreign air defense radar system.

“This system has high capabilities and can identify all types of cruise missiles, stealth planes, drone systems and ballistic missiles for a range of 400 kilometers,” commander of the Iranian Army’s Air Defense Force Brigadier General Alireza Sabahi-Fard said on Saturday.

The Falaq is a phased-array radar system which can be incorporated into the country’s larger integrated air defense, further improving the radar coverage of existing systems, specifically that of the S-300. The system was developed in order to counter sanctions restricting access to spare parts of a previously foreign-developed system.

Iran has made major breakthroughs in its defense sector and attained self-sufficiency in producing military equipment and hardware despite facing sanctions and Western economic pressure.

Withstanding various international sanctions and embargoes since the Islamic Revolution in 1979, Iran has striven to develop its own military hardware as part of a general doctrine of self-reliance

“Whereas [Persian] Gulf Cooperation Council states spend lavishly on high-end, off-the-shelf, US-built platforms, decades of sanctions and post-revolutionary strategic decisions to be militarily self-sufficient has led Islamic Republic to focus more on its own indigenous industries” it wrote.

The article also added that “Iranian military tacticians” were increasingly “incorporating artificial intelligence if not fully autonomous systems into their platforms”, to be used in military maneuvers, missile defense capabilities and drones.

Iran is “making strides into twenty-first century technology”, it wrote.