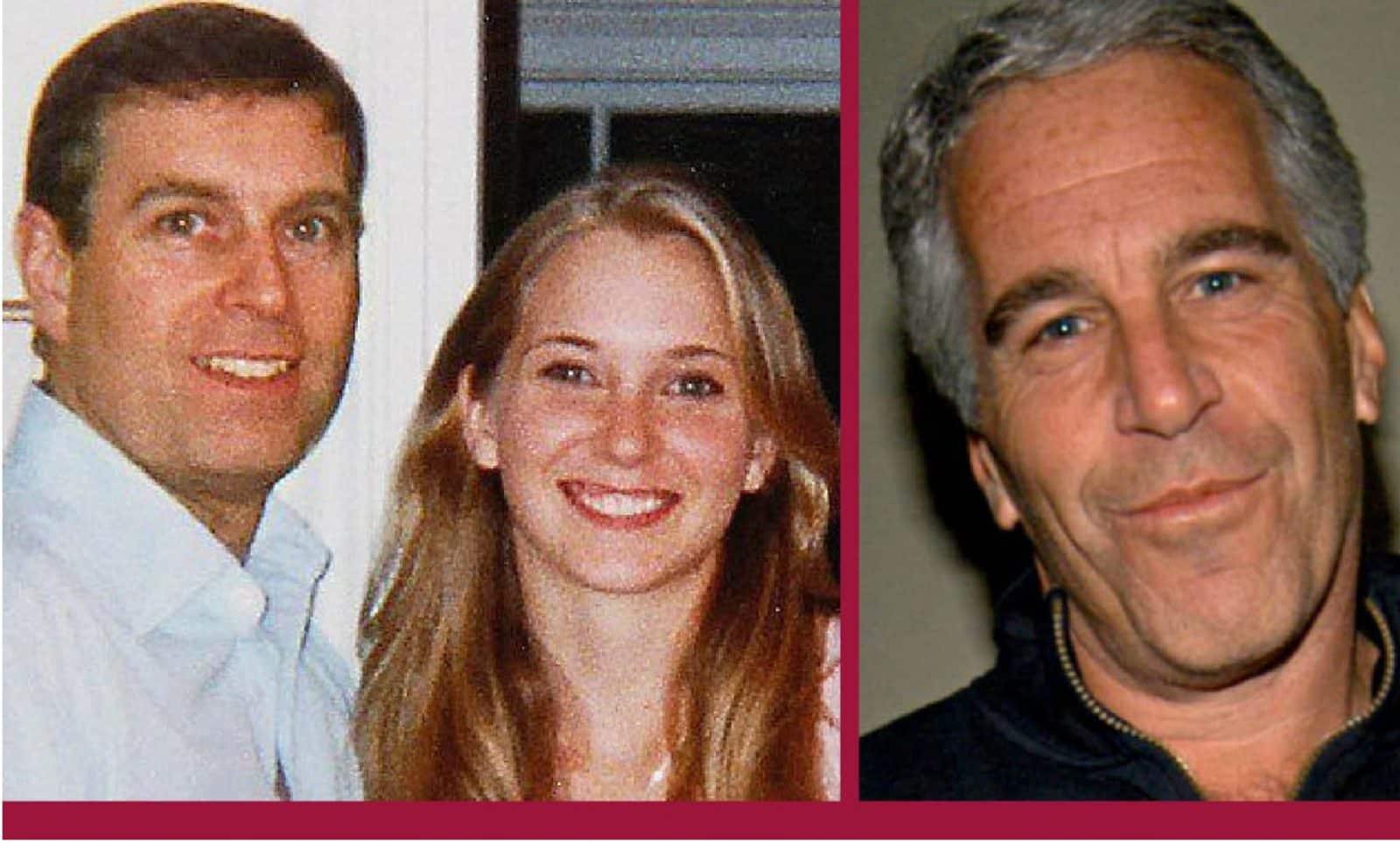 «There were times when I was physically abused to the point that I remember fearfully thinking that I didn’t know whether I was going to survive». This deposition was released by Virginia Roberts Giuffre, the sex-slave that accused Jeffrey Epstein, the American billionaire now in jail for charging of international sex trafficking.

That terrible phrase emerged on Friday in thousands of court documents ordered unsealed by the US Court of Appeals for the Second Circuit. Those are a part of an ongoing lawsuit filed by Giuffre against the businessman’s ex-girlfriend and so-called “madam,” Ghislaine Maxwell. Giuffre alleges Epstein and Maxwell forced her into sex and trafficked her to other wealthy and powerful men.

Giuffre first sued Maxwell in 2015 for her role in Epstein’s sex ring, and later filed a second defamation suit after Maxwell accused her of lying. The records released Friday have been under seal as part of that case, for which Maxwell failed to obtain a summary dismissal in 2017. The unsealed documents also included photographs, including nude snapshots of prepubescent girls. Giuffre said she was made to watch as Epstein and Maxwell indulged in “illegal sexual acts with dozens of underage girls.” A sexual-ring similar to the italian’s one.

According to the media The Guardian, Forbes, Ap, Russia Today and Sputnik International further furthermore emerges the financier’s connections to current and former US presidents. While the documents reveal that both President Donald Trump and former President Bill Clinton had dealings with Epstein – whether on his private jet or on one of his luxurious properties – Giuffre noted in the deposition that Clinton had no involvement in the sex-trafficking ring and that Trump “didn’t partake in any sex” with underage girls.

THE ACCUSATIONS AGAINST THE UK PRINCE

But the heavy accusation is against Prince Andrew, Duke of York and eighth in line to the British throne. Virginia Roberts alleged that she was 17 when she was forced to have sex with Prince Andrew.

«Buckingham Palace has repeatedly denied Giuffre’s allegations. In a highly unusual statement issued in 2015, Buckingham Palace said “any suggestion of impropriety with underage minors is categorically untrue” and explicitly denied Prince Andrew ever had sexual contact with Giuffre – report The Guardian “It is emphatically denied that the Duke of York had any form of sexual contact or relationship with [Giuffre]. The allegations made are false and without any foundation,” the royal household later added».

The document also contains a photo which, Guiffre’s attorneys say, shows Andrew “with his hand around Ms.Giuffre’s bare waist while she was a minor child while posing with [Maxwell], inside [Maxwell’s] house in London.” The lawyers said in the papers: “This particular photograph corroborates Ms.Giuffre’s claims, and there is no other reasonable explanation why an American child should be in the company of adults, not her kin, in the London house owned by the girlfriend of a now-convicted sex offender.”

As report The Guardian there’s also a deposition testimony: «Ms (Johanna) Sjoberg also testified about sexual acts that occurred with her, Prince Andrew, and Ms Giuffre, when she and [Maxwell] were staying at Epstein’s Manhattan mansion» Giuffre’s lawyers said in the document, which was filed in January 2017.

Sjoberg testified, per court documents: “I just remember someone suggesting a photo, and they told us to go get on the couch. And so Andrew and Virginia sat on the couch, and they put the puppet, the puppet on her lap. And so then I sat on Andrew’s lap, and I believe on my own volition, and they took the puppet’s hands and put it on Virginia’s breast, and so Andrew put his on mine.”

Giuffre’s lawyers said: “Ms.Sjoberg’s testimony corroborates Ms.Giuffre’s account of how defendant recruited her (and others) under a ruse of a legitimate job in order to bring them into the household to have sex with Epstein.” Virginia Roberts, now 31yo, has alleged that Epstein began sexually abusing her when she was 16.

A FLORIDA INQUIRY ABOUT EPSTEIN’S RELEASE ON 2007

The southern district of New York, which is prosecuting Epstein for alleged sex trafficking, said: “We’re not a party to this litigation so we can’t comment.” Epstein, who has been jailed since his arrest, has pleaded not guilty in the case.

Governor Ron DeSantis has ordered Florida to take over a criminal probe into the terms of millionaire sex offender Jeffrey Epstein’s slap-on-the-wrist plea deal and work-release sentence in 2007. The Florida Department of Law Enforcement will conduct a “preliminary inquiry into misconduct and allegations that go beyond the reported concerns with Jeffrey Epstein’s work release,” DeSantis wrote in a letter to the department a w days ago, also tasking them with taking over the criminal probe into that work release.

The inquiry will attempt to answer questions about how Epstein was able to get away with sexually abusing what the FBI at the time claimed were at least 36 teenage girls and walk away with nothing more than a 13-month sentence that allowed him to leave the jail during the day. He was even allowed to fly his private plane to New York, Boston, and his private island without having to tell his probation officers what he was doing or who he was meeting, according to the Palm Beach Post.

Epstein served 13 months in jail only. US Labour Secretary Alexander Acosta, former Us Attorney for Southern Florida, resigned after the billionaire arrested. Criticism of Acosta began in late 2018, when the Miami Herald published a groundbreaking investigation on the Epstein pedophilia affair in which it accused the official of treating Epstein leniently in 2008 in the plea deal agreement which allowed the billionaire to serve just a year in prison and another year under house arrest despite FBI allegations of sexual abuse and trafficking of nearly three dozen young women and girls as young as 12. Acosta was a tight collaborator of president Trump that commented the resignations with sadness: «I hate to see this happen,” Trump said, adding that Acosta had done a “great” job as labour secretary”.

According to the Herald, Acosta, who was serving as US Attorney for Southern Florida at the time, “didn’t just buckle under pressure from Epstein’s lawyers,” but “worked with them to contain the case -even as the FBI was uncovering evidence of a wider sex trafficking operation.”

«We knew then US Attorney Alexander Acosta, the man who let Epstein go, a fake jail sentence that allowed him to jet around the world while supposedly behind bars, keeping up his sexual assaults, has told the press that Epstein was Mossad – write Gordon Duff on Veterans Today – That was changed to “intelligence.” More than that, we now learn that Epstein’s victims were threatened, had paramilitary/IDF types following them, looming over them when they shopped, grilling friends and employers and even using their Tahoe/Denali vehicles with suppressed license plates to run victims off the road. The Epstein story is one of politics and foreign policy with Epstein, backed by the UK’s Maxwell/Mossad blackmail ring and Kosher Nostra billionaire Mega “elites,” is being choked off even as Epstein himself is relegated, it seems, to life in prison».

THE INTERNATIONAL BLACKMAIL AGAINST POWERFUL MEN

«The Epstein/Maxwell child trafficking ring that touched three continents began to unravel, the big names of fashion, gambling, finance, distilling, all really moguls of organized crime – added Veterans Today – All that had to do was terrorize “goyim” rape victims who were fed into the New York, Palm Beach and “Fun Island” trafficking machinery, operations that were duplicated in the UK, across Europe out of Belgium and into Saudi Arabia, the UAE and Bahrain. It wasn’t just Epstein and Maxwell’s fake modeling agency, others were involved as well, still out there recruiting and for some, and we are talking the big name agencies, selling children into sex slavery in Saudi Arabia and the UAE to this day, according to our informants among New York’s fashion industry insiders. Epstein and Maxwell were “special,” their job was blackmail, not pleasure».

A first confirm arrives today from the court documents in wich there are important depositions of Virginia Giuffre: «Based on my knowledge of Epstein and his organization, as well as discussions with the FBI, it is my belief that federal prosecutors likely possess videotapes and photographic images of me as an underage girl having sex with Epstein and some of his powerful friends» she said.

In a sworn affidavit in a US court, Virginia Roberts said she believes Epstein “maintained videos in some rooms where I had sex with other powerful people” and that “some kind of major cover-up is going on to protect” the billionaire financier, the Independent reported.

Inside that surface also the Epstein’s maniacal behavior. Another of his accusers told that he required “three orgasms a day” – that “it was biological, like eating.” Another claimed his anatomy was deformed – “egg-shaped,” to be exact. Furthermore is believed a transhumanist idelogy supporter.