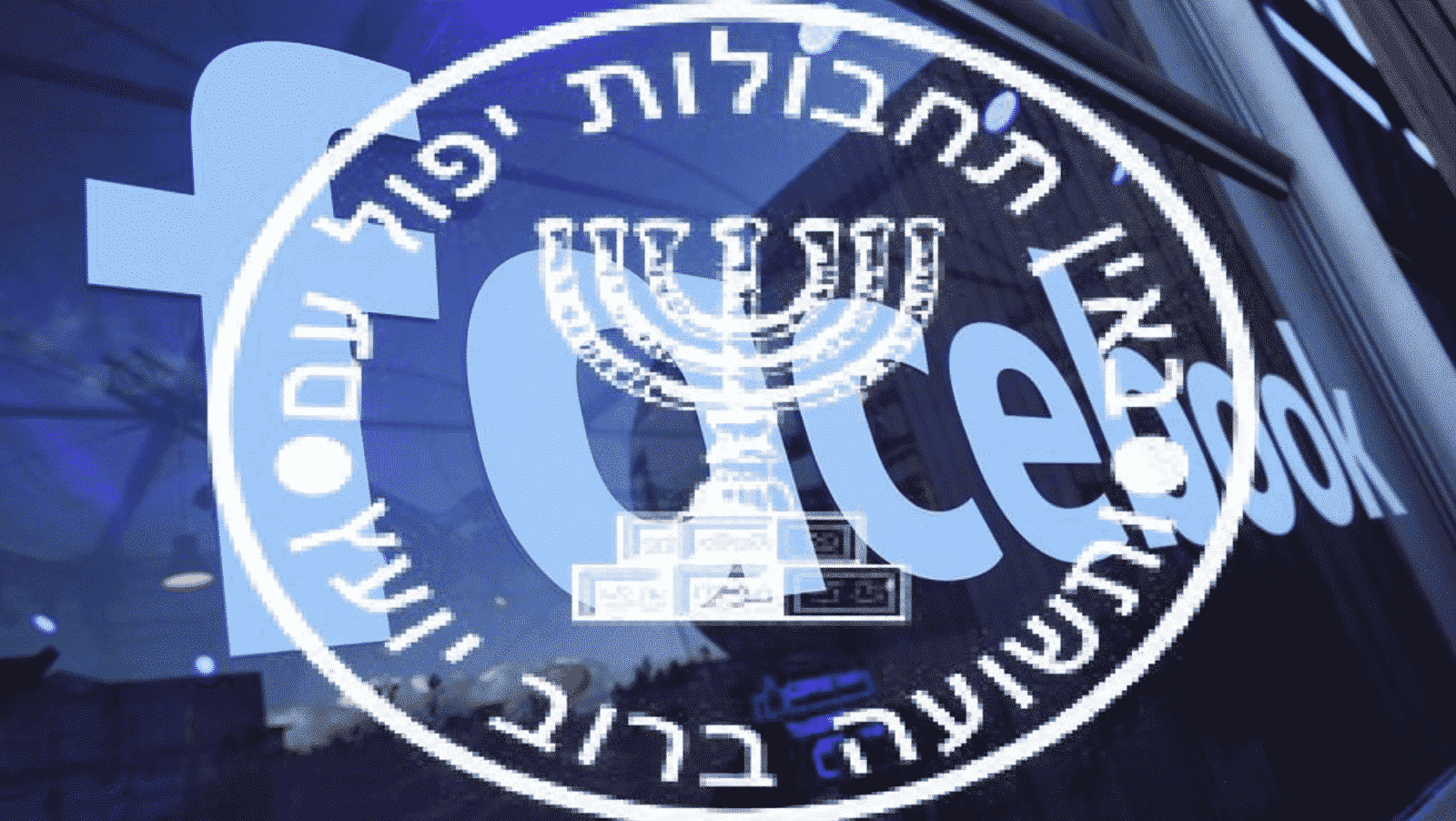 More than two thirds of American adults get their news from social media at the same time that more than half expect that news to be “largely inaccurate.” Perhaps sensing a business opportunity, Facebook has moved in to manage that news consumption, reportedly offering mainstream outlets millions of dollars per year to license their content in order to present it to users authoritatively, as “Facebook News” – having long since ceased trusting users to share news among themselves.

But trusting Facebook to deliver the news is like trusting a cheetah to babysit your gazelles – all that’s left at the end is likely to be a pile of bones. Facebook CEO Mark Zuckerberg warned legacy media last year that if they did not work with his plan to “revitalize journalism,” they would be left dying “like in a hospice.”

Dangling a few million in front of news outlets after depriving them of the advertising cash on which they once subsisted is merely the final step in the process of consolidation and control that began when Facebook removed actual news from its newsfeed in an effort to manage the narrative in the run-up to the 2016 election. A move ostensibly designed to “favor friends and family over publishers,” it instead plunged mainstream and especially alternative media into financial oblivion, setting them scrambling to recoup lost traffic as their place in subscribers’ feeds was taken by cat videos and family snapshots.

Alternative media were further marginalized after Zuckerberg inked a deal with the Atlantic Council – NATO’s narrative-managers whose board is populated by some of the most notorious warmongers of recent history – who arrived to set the platform straight after it failed to deliver the 2016 election to Hillary Clinton. The group would ensure Facebook played a “positive role” in democracy in the future, a press release promised. Six months later, hundreds of popular political pages had been purged for getting in the way of the Atlantic Council’s version of “democracy.” Several more purges followed, many pages getting the axe for nothing more than espousing views “favorable to Iran’s national interests” or posting content with “anti-Saudi, anti-Israeli, and pro-Palestinian themes.”

Zuckerberg has never hidden his desire to see Facebook become an internet driver’s license, and he has no doubt watched gleefully as French President Emmanuel Macron’s government weighs requiring citizens to turn over actual identity documents in order to sign up to use Facebook. The platform was the first to adopt an intelligence-agency-friendly “real name policy,” irritating political activists, performers, and others who prefer not to have their social media activity follow them around in real life.

Privacy advocates are currently up in arms over the FBI’s recently-revealed plans to monitor social media platforms in real time. Combined with the recently leaked FBI decision to label all “conspiracy theorists” as potentially-dangerous domestic extremists, this looks an awful lot like a manufactured rationale to spy on the majority of the US population. Yet Facebook has been feeding users’ data to the government for over a decade. It joined the NSA’s PRISM program in 2009, providing the agency with its own convenient backdoor for slurping up the data others have had to hack themselves. Not that that’s been very hard – Facebook admitted last year that data on “most” of its users has been compromised at some point by “malicious actors.”

Facebook’s decision to hire one of the co-authors of the notorious PATRIOT Act as General Counsel earlier this year was touted as a move that would help the company “fulfill its mission.” Which would be what, exactly?

Despite its egregious privacy record, the areas of reality outside Zuckerberg’s control are dwindling rapidly. With the rollout of Facebook’s Libra coin, commerce, too, is falling under the shadow of this menacingly bland figure.

When Zuckerberg was photographed traveling through Middle America several years ago, many pointed out it looked like he was running for president. His announcement around the same time that he had found religion – a vague, made-for-TV, feel-good faith guaranteed not to antagonize anyone – also had the feel of a campaign move. If Facebook – and Zuckerberg’s – history is any guide, he has bigger things in mind for Facebook News than a new tab on the user interface. Every campaign needs a press office, after all…

Helen Buyniski is an American journalist and political commentator, working at RT since 2018 and:

Facebook tracks users’ behavior on- and off-platform, hunting for “signals” that they could be a “hate agent,” and even talking to a “designated hate entity” can get a user banned, according to a policy document seen by Breitbart.>

Users who appear at events alongside or even interview “designated hate entities” risk being marked as a “hate agent” themselves, Breitbart reports citing an internal document. Associating with or praising one of these bogeymen – the “Hate Agent Policy Review” cites British anti-migrant activist Tommy Robinson as an example – can also get a user marked with the scarlet letter, as can identifying with or speaking up for a “designated hateful ideology.”

ALSO ON RT.COMPrivacy? What’s that? Facebook lawyer argues users have noneOther “signals” are more vague, such as possessing “hate paraphernalia” or having “tattoos of hate symbols or hate slogans.” The document doesn’t give examples of what these might be, but with the media falling for increasingly ridiculous 4chan psy-ops to have everything from the “OK” hand sign to milk assigned secret racist meanings, today’s innocuous possession could be tomorrow’s hate paraphernalia.

“Hate speech,” of course, figures prominently in the policy, though Facebook’s definition is quite a bit broader than the term is commonly understood. A “tier 2” hate speech comment could include calling a person “stupid,” “ugly,” or even “fraud,” if it was determined that the comment had been made on the basis of a “protected characteristic” like race, religion, or sexual orientation. Meanwhile “tier 3” consists of “calls to exclude or segregate a person” based on their presumed stupidity, ugliness, fraudulence, and so on.

Making three or more “hate speech” remarks in a single statement or appearance constitutes a “signal,” as does making five in the space of a month. Facebook’s hate-hunters are allowed to go back two years in their quest for incriminating material, which can include “public statements, or statements made in private and later made public.”

ALSO ON RT.COMGoogle staff keep ‘blacklist’ of conservative and ‘fringe’ sites – reportThe company even keeps a list of so-called “hate agents,” because the McCarthyism comparisons weren’t on-the-nose enough already. YouTube political commentator turned real-life UKIP candidate Carl Benjamin (aka Sargon of Akkad) found himself on the list earlier this year, prior to the European parliament elections; a leaked Facebook document revealed he had been labeled a “hate actor” for the unthinkable crime of “neutral representation” of a member of the Proud Boys, along with reposting a homophobic comment directed at himself and making fun of a white nationalism supporter. His fellow UK politician Anne-Marie Waters and YouTube commentator Candace Owens are also on the blacklist, according to Breitbart.

Facebook appears to incentivize its employees to hunt down evidence that users are behaving badly both on- and off-platform, and the latter is scarily easy for Facebook to do. The platform tracks users’ online activities across every site that includes its ubiquitous “like” and “share” buttons, and its tracking is not limited to the primary device they use Facebook on. A massive data breach last year proved Facebook has access to all users’ photos – even the ones they don’t post to Facebook – and the app scours users’ address books to look for potential “friends,” meaning there’s no way to hide one’s “hateful” associates from prying eyes.

ALSO ON RT.COMUKIP’s European election candidate designated as ‘hate agent’ in secret Facebook list – reportNor are hate “signals” the only factors that warrant inclusion on Facebook’s blacklist – like YouTube, the company is increasingly obsessed with so-called “borderline” content that does not violate its rules but doesn’t sufficiently conform to its favored narratives. It’s up to Facebook whether the weight of all the evidence warrants deplatforming, of course, meaning the banhammer is wielded selectively – but always waiting in the wings for users who step out of line, ideologically.