Dramatic details of the tragedy that rocked the Arkhangelsk region this week, and that fueled western tabloids with rumors of a new Chernobyl-like disaster, were shared by the state atomic energy corporation on Saturday.

FILE PHOTO: It has not been revealed what type of missile was involved in the classified engine test. Pictured is a test of Russia’s new heavy intercontinental ballistic missile, the Sarmat, at the northern Plesetsk test range. ©  Sputnik / Russian Defence Ministry

It revealed that the blast, which killed five employees and seriously injured three others, took place on a sea platform and followed a series of trials.

The test of the classified “liquid-propellant engine” went smoothly at first, but then the device caught fire and blew up, Rosatom said.

The blast threw several employees into the sea, giving some hope of finding them alive.

Water in high latitudes is ice-cold even in summertime, but search attempts lasted the whole day, until hopes faded. Only then were the five operatives declared dead.

Three more workers have been hospitalized with various traumas and burns. The agency lauded the work of the employees, who, it said, were well aware of the dangerous nature of experimental engine tests.

The five who perished had been working on an “isotope power source” for a propulsion system. An increase in background radiation was registered on the test site, but the measurements are said to have soon returned to normal.

ALSO ON RT.COMExperimental ‘isotope & liquid-propellant’ engine blast kills 5 Russian nuclear experts – RosatomThe city of Severodvinsk, located some 30km east of the test range and hosting a key shipyard of Russia’s Northern Fleet, added fuel to rumors after authorities posted –and then deleted– news of a brief radiation spike to 0.11 microsieverts per hour, with the norm standing at 0.6. The report said that it lasted for half an hour only, and the daily average wasn’t seriously affected.

Pictures of hazmat teams taking measurements and specially-prepared ambulances transporting the injured were used to support some panic-inducing media headlines, while tabloids speculated over the type of weapon involved in the test.

However, rumors of a serious radioactive cover-up have not been supported on the ground, and neighboring Finland has not registered any deviations from normal levels. The Russian military has, meanwhile, refuted a report that a Rosatom vessel, capable of collecting radioactive waste, was dispatched to Severodvinsk, saying it had actually been undergoing scheduled trials.

Get short URL
Five staff of Russia’s nuclear corporation Rosatom were killed and three suffered serious burns in the blast during a test of a liquid-propellant engine that resulted in a brief spike of radiation around the military testing site.

The Rosatom engineering and technical team was working on the ”isotope power source” for a propulsion system on Thursday, when the accident happened. The blast caused a background radiation spike, which quickly returned back to normal.

“As a result of the accident at the military firing range in Arkhangelsk region during liquid reactive propulsion system tests, five employees of the state corporation Rosatom were killed,” the company said. Three military and civilian specialists remain in serious condition, but their injuries are “not life-threatening.”

A hazmat team was checking the medical evacuation helicopter and its patients after it evacuated injured personnel from the explosion at a military site in Severodvinsk today, a short spike in background radiation was reported after the incident #Russia 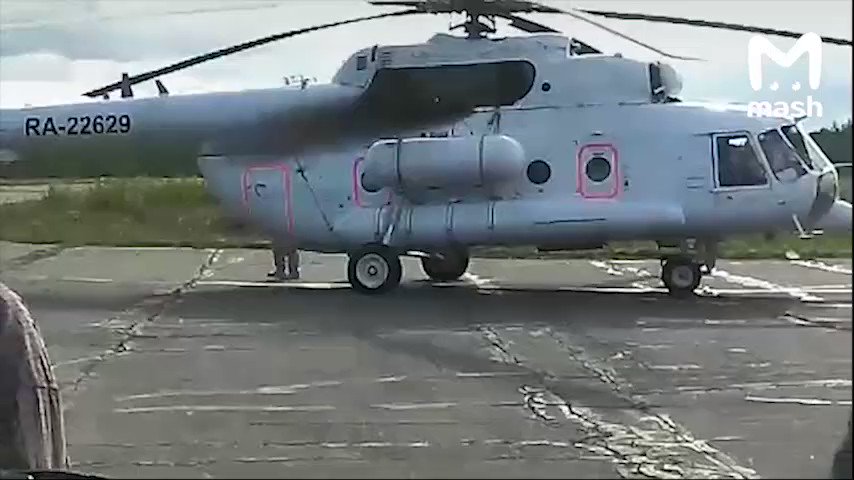 It remains unclear what type of ‘experimental’ missile or jet engine was being tested. The secrecy around the failed military test and initial tight-lipped statements by the Defense Ministry immediately triggered conspiracy theories about authorities trying to conceal nothing less than a Chernobyl-scale incident.

A video of hazmat-suited specialists taking measurements on the helicopter that airlifted the burn victims only added fuel to rumors, even though the medical personnel was clearly visible unloading the injured without any additional precautions.

Misreporting by @breakingnlive. They’re using video footage from the August 6 Siberian depot explosion at #Ачинск Achinsk for the recent explosion in the northern port city of #Северовинск Severodvinsk. https://twitter.com/BreakingNLive/status/1159551101370322945 … 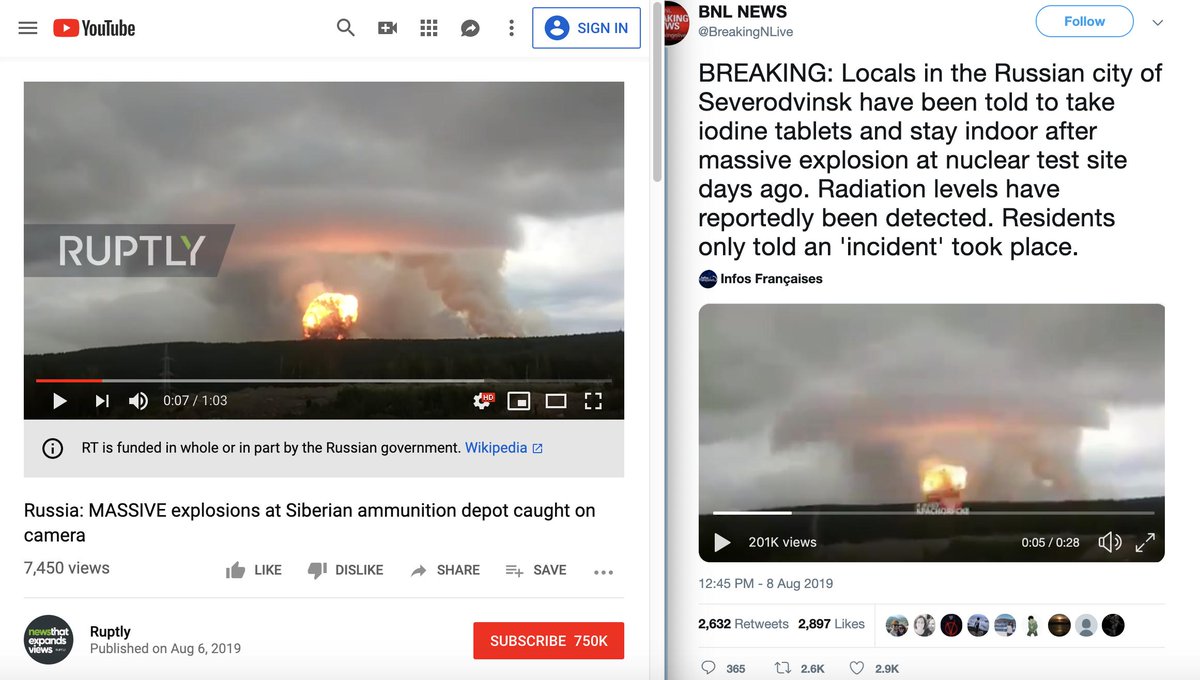 BREAKING: Locals in the Russian city of Severodvinsk have been told to take iodine tablets and stay indoor after massive explosion at nuclear test site days ago. Radiation levels have reportedly been detected. Residents only told an ‘incident’ took place.

We can’t show you everything! 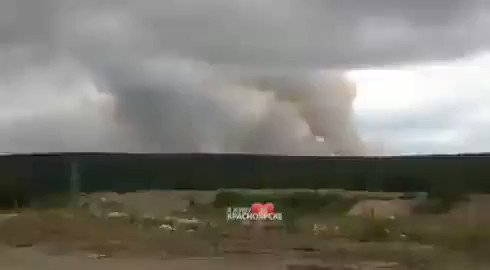 Adding to the confusion, social media were flooded with chilling photos and videos of a massive blast and a mushroom-like plume of black smoke – which came from a totally different incident in Siberia. On Monday, a depot of high-caliber tank and artillery shells in Russia’s Krasnoyarsk region was devastated by powerful explosions, resulting in one death and nearly two dozen injuries.

The Arkhangelsk region site is one of the main research and development facilities for the Russian Navy, where sea-based ballistic, intercontinental, cruise and anti-aircraft missiles are being developed and tested. It is located some 30km west of the city of Severodvinsk, which is home to a major base of the Northern Fleet.

Severodvinsk authorities placed rescue services on high alert as measurements immediately after the incident showed background radiation levels three times above the safe limit of 0.6 microsieverts. In less than half an hour, however, they dropped back to normal – and the daily average remained within the norms, thus posing little risk for the population, city authorities said.

We have real time measurement network of radiation in Finland. You may check if radiation spreads further. In attach picture is marked measurement stations in the Eastern Finland and Severodvinsk in Russia. https://www.stuk.fi/en/web/en/topics/environmental-radiation/radiation-today … 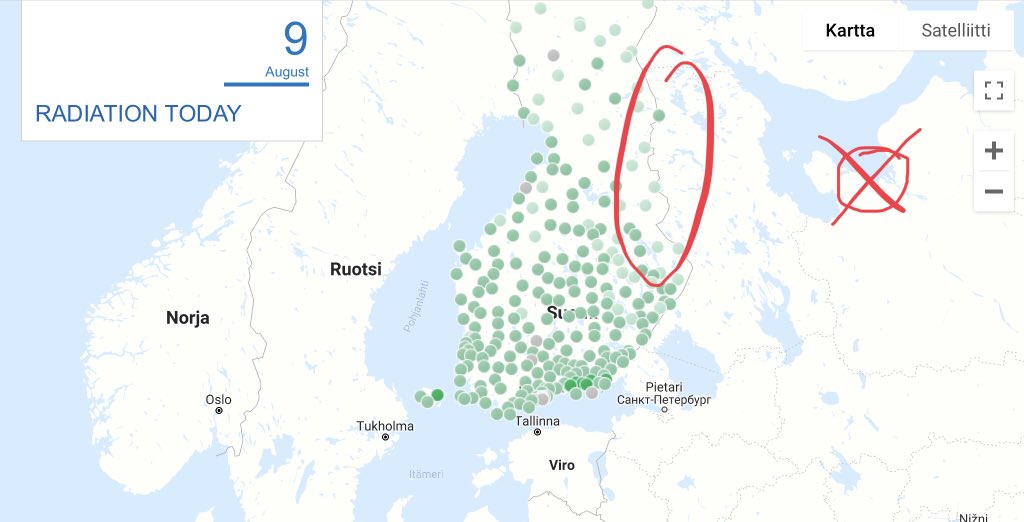 “We are monitoring [the radiation levels] around the clock. Over the last 24 hours, no change was witnessed,”Severodvinsk’s city administration said Friday. Soil, air and water samples examined by a team of scientists lead by the federal Consumer Protection agency also found no abnormal radiation readings.