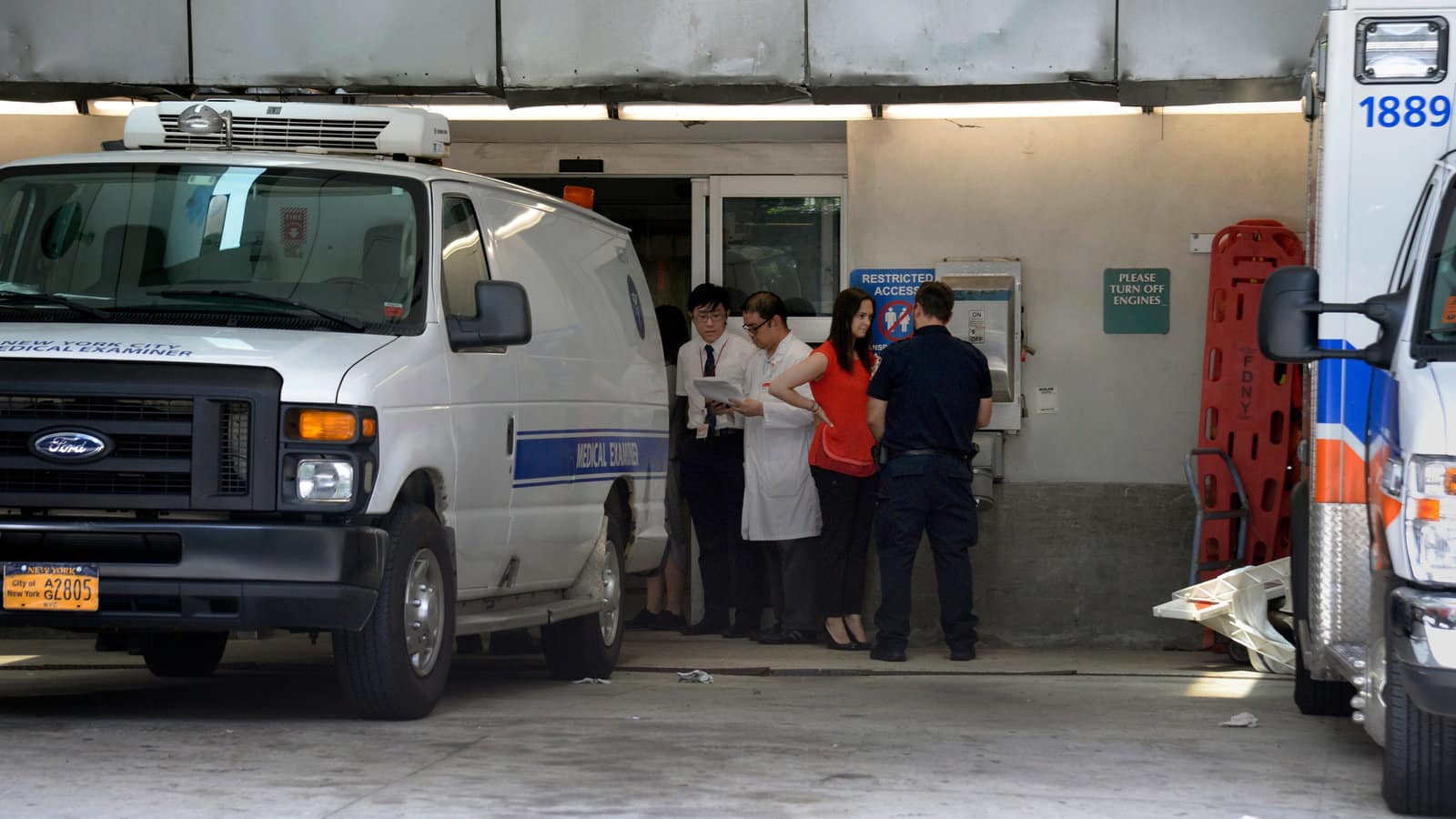 We have a situation here, sheriff. The Daily Mail has recently spilled the beans. One former prisoner “who spent months in the same high-profile inmate block as Epstein” (the Metropolitan Correction Center or MCC for short in lower Manhattan) declared that “There’s no way that man could have killed himself. I’ve done too much time in those units. It’s an impossibility.”[1]

We are also told that suicide is “supposedly nearly impossible at ulta-secure Jeffrey Epstein lockup.”[2] There is more here than meets the eye and ear. The unnamed inmate moved on to give some interesting descriptions about the facility:

“Between the floor and the ceiling is like eight or nine feet. There’s no way for you to connect to anything. You have sheets, but they’re paper level, not strong enough. He was 200 pounds — it would never happen. When you’re on suicide watch, they put you in this white smock, a straight jacket.

“They know a person cannot be injurious to themselves. The clothing they give you is a jump-in uniform. Everything is a dark brown color. Could he have done it from the bed? No sir. There’s a steel frame, but you can’t move it. There’s no light fixture. There’s no bars.

“They don’t give you enough in there that could successfully create an instrument of death. You want to write a letter, they give you rubber pens and maybe once a week a piece of paper. Nothing hard or made of metal… it’s my firm belief that Jeffrey Epstein did not commit suicide. It just didn’t happen.”[3]

You ain’t seen nothing yet:

“One report said the watch was removed as recently as Thursday, but others claimed it had been in place only for about a week after the July 23 incident that left Epstein with bruises on his neck.

“Jail spokesman Lee Plourde would not discuss when the watch status was removed or why, a step that would require a face-to-face evaluation and written justification, according to Bureau of Prisons policy. Suicide at the jail, which serves mainly as a holding facility for about 765 men and women awaiting trial for federal crimes of all levels, is rare.

“A review of published stories found only one such death in the past 21 years, the 1998 suicide of South Philadelphia drug kingpin Louis Turra, who reportedly hanged himself.”[4]

And then this: “But life in the specialized units often involves inmates being watched by cameras in their cells and checked by guards almost constantly.”[5] So the theory that Lindsay M. Hayes of the Atlantic was propounding earlier is categorically false. The Metropolitan Correctional Center is indeed heavily guarded. Staffing shortage is not a good explanation for whatever happened at the MCC.

“One former inmate, Uzair Paracha, who was held there for two years until 2005, wrote he was subjected to frequent strip searches, isolation from other prisoners, lights that were left on 22 or 23 hours per day. He said guards ‘monitored us like lab rats.’”[6]

Well, we are reaching an inevitable conclusion: much of the media has been defending the oligarchic rulers and the people who have been implicated in the Epstein case. It’s just that simple. The prevailing claim is that Epstein is dead, and the mafia and thugs—the rich and powerful who were implicated—have not provided a rigorous explanation. Former mayor Rudolph Giuliani got it right this time when he said:

“What does the word suicide mean in the phrase suicide WATCH? Who was watching? Did they fall asleep? Did the camera malfunction? Was there camera surveillance? Who was he about to implicate? This is very questionable. Committing suicide on suicide watch doesn’t happen.”[7]

So VT was right all along: the Jeffrey Epstein case has been mystified by a powerful criminal world, one that has been exposed by both Gordon Duff and David Steele.