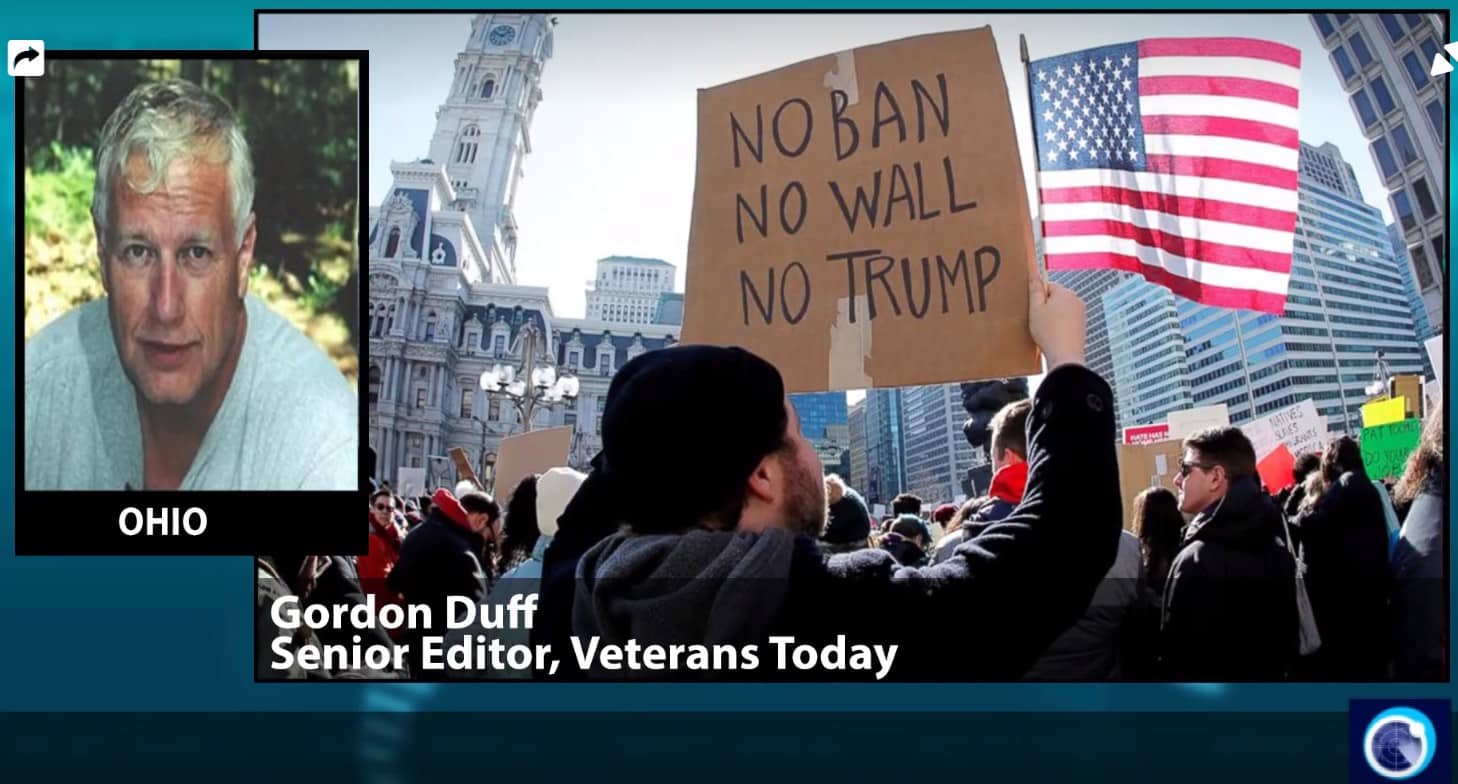 US President Donald Trump’s fellow Republicans encouraged mass immigration to the country during the past several decades to weaken labor unions and push down wages, says an American analyst.

“The immigrants were allowed in the United States by the Republican Party, not the Democrats; they were allowed in [the US] in order to destroy the labor unions by flooding the country with cheap labor,” Gordon Duff, a senior analyst with Veterans Today, told Press TV on Saturday.

“It’s his (Trump’s) party that’s responsible for opening the borders; the US could have closed the borders at anytime using electronic means,” Duff said.

Thousands of protesters staged rallies across the United States on Friday to protest Trump’s immigration policies.

The nationwide rallies, dubbed “Lights for Liberty: A Vigil to End Human Concentration Camps,” took place in 700 US cities to protest the inhumane conditions of migrant detention centers and the Trump administration’s crackdown on asylum seekers and refugees.

PressTV-Protests held across US over Trump treatment of migrants

Thousands of people took part in protests across the US, as demonstrators call for closure of migrant detention centres.

On Friday, US Vice President Mike Pence visited two foul-smelling and over-crowded detention centers in the state of Texas near the US-Mexico border where migrants were being kept in dire conditions.

There were no cots in the cages which were so crowded that it was impossible for all the men to lie down at the same time, according to a pool reporter on the scene.

Many undocumented migrants crossing illegally into the US are asylum seekers fleeing violence and poverty in Honduras, Guatemala and El Salvador.

Duff said the policy of the US government and American corporations has been to exploit Central America and destabilize that region.

“These people are suffering from economic collapse and brutal dictatorships, all due to America’s policies in the region,” Duff explained.

“American corporations have always influenced the US government to destabilize Central America and make sure the people in that region suffer from as much poverty as possible,” he added.