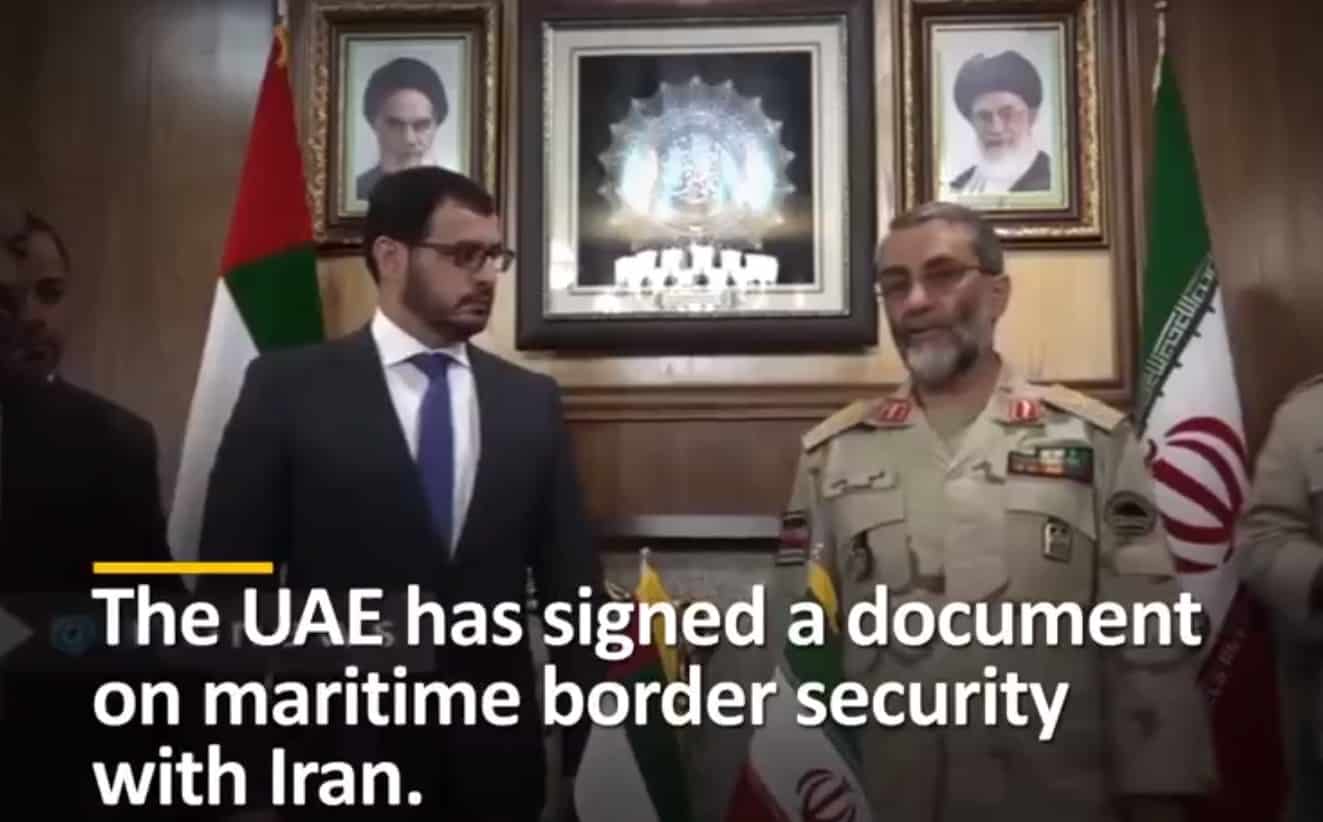 The UAE has signed a document on maritime border security with Iran. The UAE had been lobbying in Washington for a tougher stance on Tehran. However, following suspicious attacks on oil tankers near the strategic Strait of Hormuz in May and June and subsequent fear of a major escalation in the region, UAE officials decided to rethink that strategy. Iran has called oil tanker incidents “suspicious”.

During their visit to Iran, UAE officials cited extra-regional intervention by certain governments on maritime frontlines as a “source of trouble” for the region in the wake of a US initiative to shore up support from its allies to establish a naval coalition against Iran in the Persian Gulf.

The UAE also cited Iran’s endeavors against drug smuggling in the region as another factor in bolstering border protection efforts with the country.
PressTV - Iran