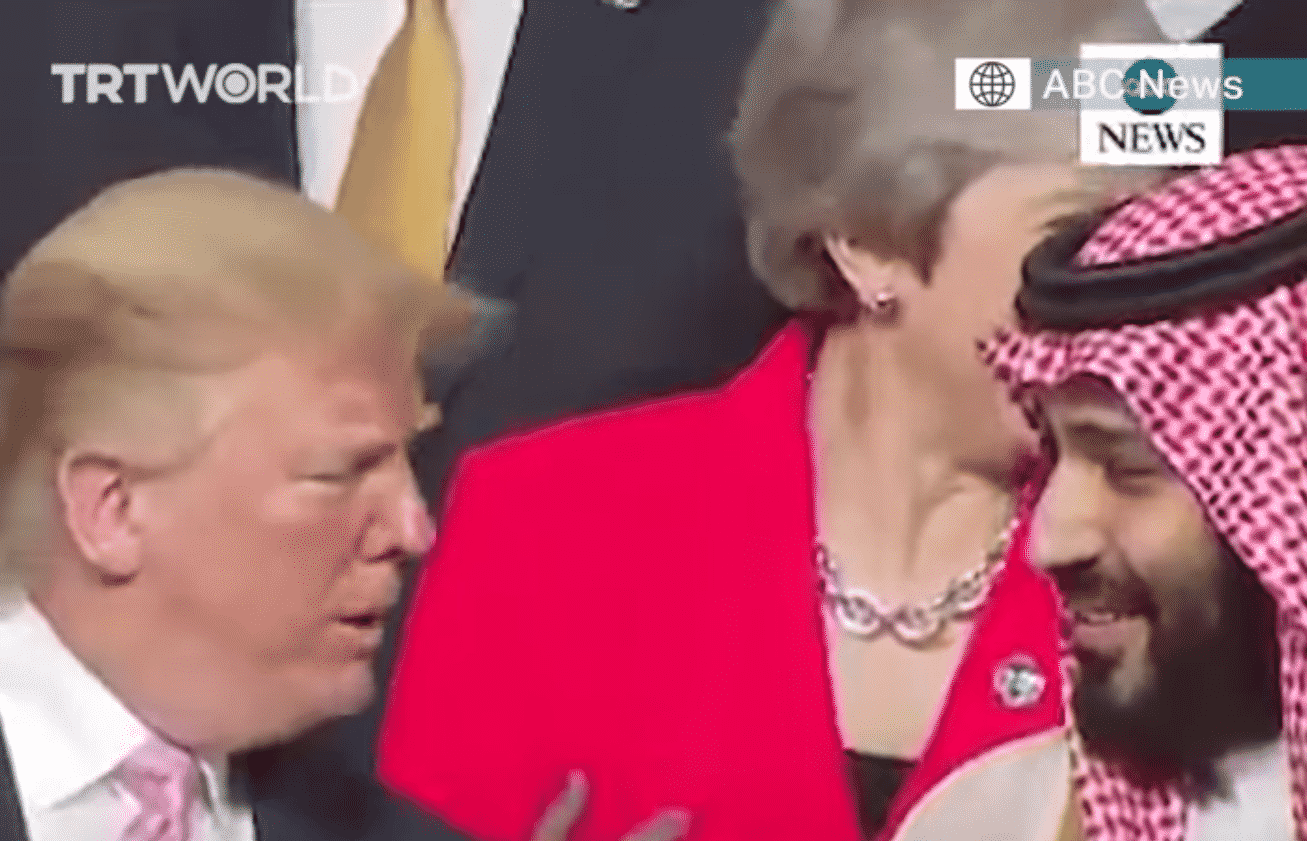 Before Jeffrey Epstein met Donald Trump, 1987, Epstein, though a Jew and not allowed in Saudi Arabia under any normal legal circumstances according to law, lived in that country.  Epstein was even issued a Saudi passport under a non-Jewish name but with Epstein’s photo.  Then came this story, censored in the US as is so often the case.  From the UK Independent, very much MSM:

“Before we left the room he (Epstein) took me to a wall covered with framed photographs. He pointed to a full-length shot of a man in traditional Arab dress. “That’s MBS,” he said, referring to Mohammed bin Salman, the crown prince of Saudi Arabia. The crown prince had visited him many times, and they spoke often, Epstein said.”

What would happen if a Saudi crown prince was exposed as being gay?  We know Epstein was gay, absolutely for sure, and in a decades long monogamous relationship with a MEGA billionaire.  Also, this aspect of Epstein’s life is no concern of ours nor his personal relationship.

Too many closeted gays, particularly the Bush 43 “Gay Mafia,” engaged in continual gay bashing to cover their trail.  It is happening again.

We know this, Trump and his handlers, are being told to push every conspiracy theory out there, sleeping guards, fake autopsy, anything to cover up the Daily Mail story, Epstein asking for protection which was refused by Attorney General William Barr, who really represents Kushner, Trump, MBS and Netanyahu, aided by his closest friend, Robert Mueller.

From 1987 to 2002, Trump and Epstein met, not dozens, but hundreds of times according to sources that sat at the table with them.

More and more we are looking at Trump and Epstein and the “gay card” keeps getting played.

“I have the largest penis in the world and feel like I was in Vietnam because I screwed so many sexually promiscuous women that I may have gotten aids.  I should get a medal of some kind.”

This is what Trump said, not directly but very very close.  Sounds like a very “gay” statement to me.

Then of course, his youth, spent dating Roy Cohn who Roger Stone says wasn’t a real homosexual but liked having sex with young men (like Donald Trump).

We have good friends who worked in the Bush (43) White House, now with VT.  You had about as much chance of meeting a heterosexual there as being struck by lightning on a sunny day.  We think it is happening again.

Is Trump “trash talk and a beard?”

Then we have Trump and Epstein.  Epstein, we are told, screwed 3 teenage girls a day but only one came forward and it looks to me like she is being paid to make Epstein look not so gay.  Then we have someone to talked to Epstein the day Les Wexner married a woman.

Epstein was devastated.  Les bought Epstein a home near his in Columbus, gave Epstein his $77m home in New York and an airliner.  I am not going to trash Wexner.  The JTA (Jewish Telegraph Agency) sent me this today:

I have many personal friends in the Columbus area including Wexner business associates (and their lawyers.)

VT has no need to smear people.

What we also have evidence of is a large number of gay Jewish men with lots of money who make up the majority of the “power elites” who bought/rented wives from agencies and “Maxwell” types.  We have the names of some of those who set up these relationships.

Women were all put under non-disclosures and pre-nuptial agreements, they were guaranteed a certain amount of money, some had to agree to artificial insemination, they had contracts that compelled them to keep affairs secret, to act as socialites and philanthropist and to be civil in public.

There is never any real courtship, no history of meeting the way people normally do, of falling  in love….only of being introduced.

Then we have Robert Steele’s work identifying how goyim girls are fed Jewish husbands.

I expect we have some women readers out there.  In real life, women would all marry pirates and live adventures, not fatass “andro-trash talkers” or MEGA wimps.

Yes, there are women who were abused, some in many different ways, that seek out weak men, androgynous males, “daddy figures” or worse.

In this entire crowd, the sewer of New York and Washington….you can pick them out.  Who would marry Lindsey Graham?  Catch a video of him talking sometime.

Then look at the group photos of the fake philanthropists.

A woman needs to be writing this, not me.  Perhaps one might jump into the comments.

Oh, where did we begin, ah, MBS and his Wexner type relationship with Epstein?