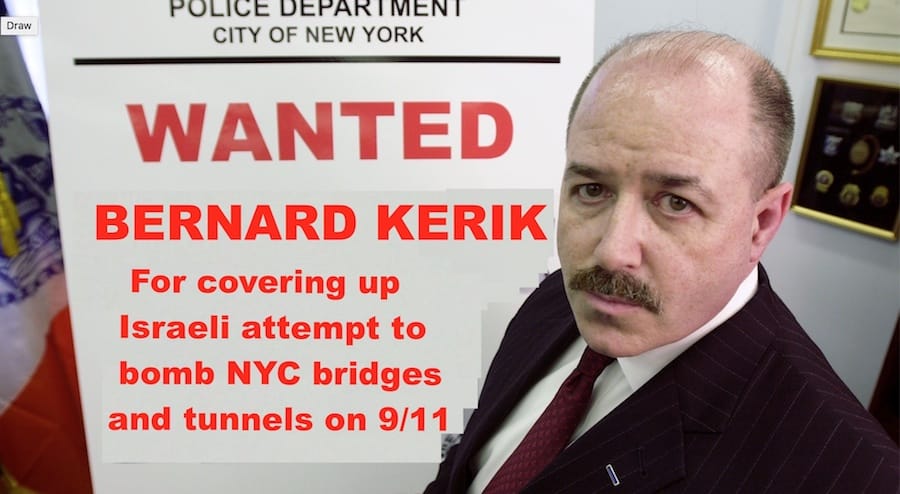 Ron Unz’s strategy to begin the cleanup of America by discrediting mainstream media (MSM)  makes a lot of sense. And when the enemy collapses into confusion and fratricidal “friendly fire” you know you’re making progress.

A virtual civil war has broken out in the MSM between pro- and anti- “Epstein conspiracy theorists.” On the pro side, a great many mainstream voices are starting to admit that Epstein’s case, especially the absurdly improbable “suicide,” proves conspiracy theories may not be so crazy after all. The past two days have witnessed New York Times op-eds headlined “Why I Dabble in Jeffrey Epstein Conspiracy Theories” and “Jeffrey Epstein and When to Take Conspiracy Theories Seriously.” And the Washington Post, as VT Senior Editor Gordon Duff notes, recently exposed autopsy evidence suggesting that Epstein was murdered.

But even as one side of the mainstream media mouth admits the conspiracy theorists were right, the other side makes panicky noises about how terrible that is, how society needs to be protected from those terrible conspiracy mongers who are destroying public trust, how Hofstadter’s paranoid style is running amok, something needs to be done, let’s censor the internet, blah blah blah, you know the drill.

Despite these internal differences of opinion, the MSM has united to deplore the most prominent Epstein conspiracy theorist: President Donald J. Trump. Trump’s tweets suggesting Epstein’s barely-cold cadaver could add to the #ClintonBodyCount are extraordinary and unprecedented. Neocon 9/11 suspect David Frum was horrified:

August 10, 1969: San Clemente, California—President Richard Nixon accused his predecessor Lyndon Baines Johnson of complicity in the assassination of President John F. Kennedy. Speaking with reporters on the first day of a 10-day stay at his Pacific Ocean vacation home …

Of course, that never happened. Obviously. How could it; how dare it? But had it happened, such an accusation—by a president, against a former president—would have convulsed the United States and the world.

“How dare it?” Indeed. Frum knows perfectly well that had Nixon accused LBJ of killing the Kennedies, Nixon would have been telling the truth. But “how dare he?!” Frum’s outrage at the thought of a president telling such a hugely important truth is natural given his Straussian neocon philosophy, according to which truth in general is so dangerous that it must never be uttered in public. Frum’s mentor, Leo Strauss, went so far as to applaud the murder of Socrates, who, Strauss argued, was justifiably executed for committing the worst possible crime: telling the truth in the public square and thereby “corrupting the youth of Athens.”

Did Trump calculate that using Epstein’s unnatural death to rally his base against the Clintons, and the Democrats in general, would pay off politically? Perhaps.

But Trump is just one of three important mobbed-up New Yorkers who have been fanning the flames of “Epstein conspiracy theories.” The other two are the two key 9/11 suspects—many would say “proven 9/11 criminals”—Rudy Giuliani and Bernard Kerik. Both just happen to be working for Trump.

Giuliani, as a former mayor of New York, normally wouldn’t admit that NYC prisons offer open season for hit men. But here he is insinuating as much:

Giuliani is totally mobbed up. On 9/11 he knew in advance the Towers were coming down, but didn’t alert the firemen.

And then there is Giuliani’s old friend, the convicted federal criminal, Bernie Kerik. Like Rudy, Bernie also works for Trump. And like Giuliani and Trump, Kerik—the former NYC Police Commissioner who covered for the Israelis arrested on 9/11 with trucks full of explosives targeting NYC’s bridges and tunnels—is screaming from the rooftops that federal prisons in NYC are easily penetrable by hitmen.

Bernie Kerik should know how easy it is to have hitmen rub out anyone who’s inconvenient for “national security”—especially Israel’s “national security.” According to VT sources, Kerik was involved in the mass elimination of police officers and other witnesses to the arrests of the Israelis who tried to blow up New York’s bridges and tunnels on the morning of 9/11.

So why is the mobbed-up Likkud-owned trio of Donnie, Rudy, and Bernie screaming so loudly about Epstein conspiracies? Surely not because all three men share a deep-seated love of truth and justice.

One possibility is that our mobbed-up trio is on the Bibi side of the Bibi-vs.-Ehud Barak war for the future leadership of Israel. After all, Rudy and Bernie helped Bibi blow up the Twin Towers and get away with it; one assumes they are on Bibi’s team. So Epstein may have been eliminated, or expatriated, by the Ehud Barak side. (Bibi is using Barak’s closeness to Epstein as a club to repeatedly whack Barak over the head with; it might be in Barak’s interest to have Epstein disappear, and in Bibi’s interest to expose the disappearance.)

Another possibility is that Epstein was arrested, and the Epstein scandal exposed in the MSM, as a way to “get” Donald Trump. The lawsuit alleging that Trump and Epstein brutally raped 13-year-old Katie Johnson (more info here) is unfortunately quite credible, and may be only the tip of the iceberg of Trump-related Epstein material with the potential to knock Trump out of the White House. (Possibly informed sources claim that the real reason Trump won’t release his tax returns is because of the shocking “business expense” writeoffs of huge payments to children that Trump has raped.)

If that’s the case, it would be Trump/Likud people—perhaps assisted by feds who don’t want that big of a scandal to stain the presidency—who whacked or expatriated Epstein. Trump and his team of mobbed up Zionists would then be blowing smoke by fanning the flames of “Epstein conspiracy theories” in such a way as to cast diversionary blame on the Clintons. It wouldn’t be the first time that Trump has borrowed the top tactic from the Zionist/Roy Cohn playbook: “Accuse your opponent of the crime that you yourself are committing.”

So what’s the full truth? I don’t know for sure. It’s way above my pay grade.

But one thing I do know is that if the American people ever figure out what is being done to them, they will be more than ready to burn it all down and start over.