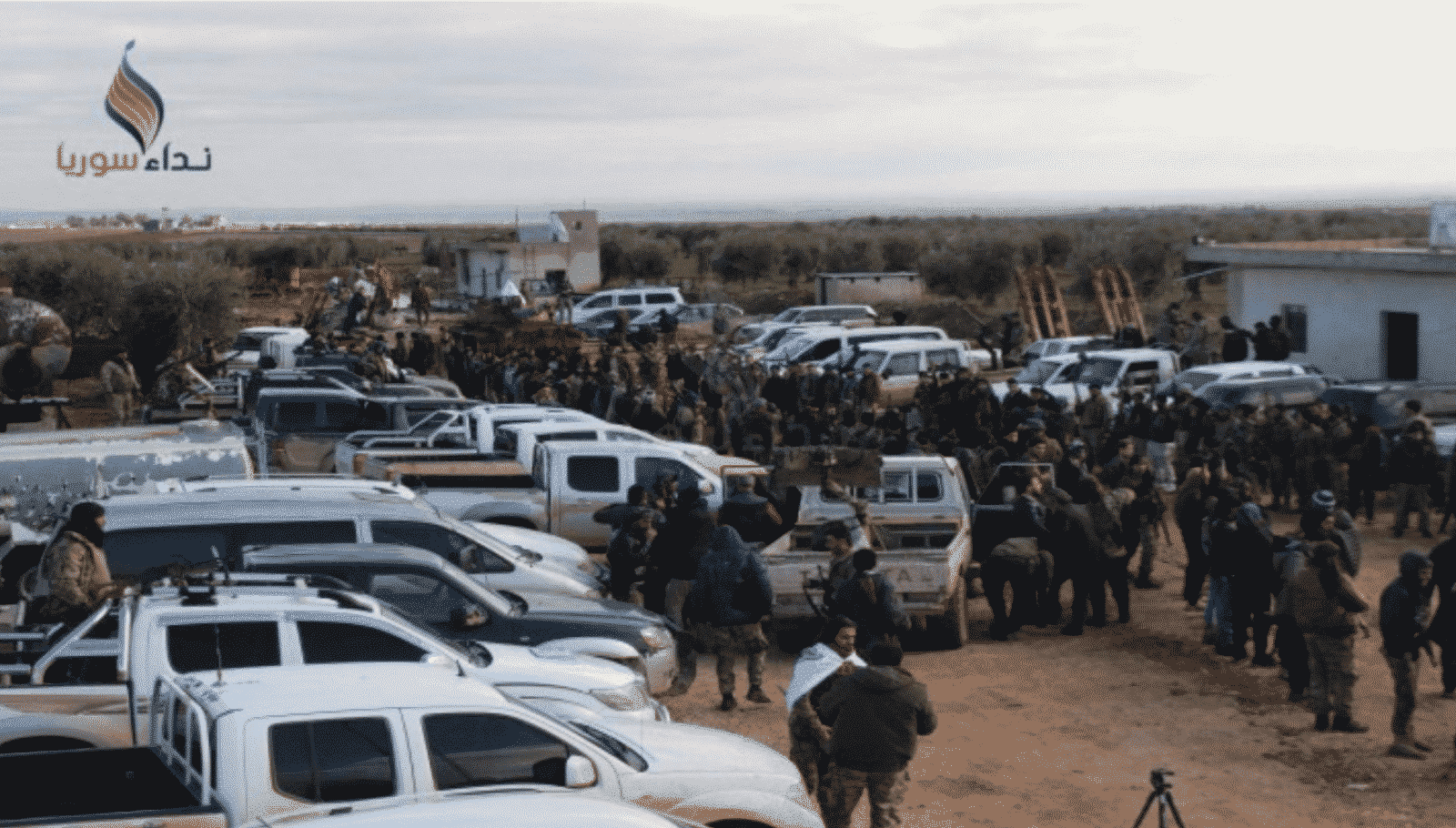 The Syrian National Army announced the results of a meeting held on Thursday with the National Liberation Front to discuss the latest military developments in Idlib and sending the Army’s reinforcements to the province, and supporting the revolutionary factions in their battles against Russian and Iranian militias.

Maj. Yusuf Hammoud, a spokesman for the National Army, said in a press statement to Syria Call that a meeting was held today between the leadership of the National Liberation Front and the commanders of the military operations room of the front in Idlib and Hama countryside, and the leaders of the corps and the Syrian National Army, during which the field situation has been explained and the operating rooms’ requirements in Idlib.

Maj. Hammoud stated to military plans to open new fighting axes, and study the issue of firearms available between the two parties, in addition to the agreement to send the National Army military convoys in the form of groups to Idlib, supported by light, medium and heavy weapons.

He also stressed that there was also agreement on logistical support, coordination with and accession to the Front operations room to coordinate joint work and oversee the progress.

A number of leaders of the Syrian National Army expressed their willingness yesterday to send military forces to Idlib to support the National Liberation Front fighting over there, and participate in the battles against Russian and Iranian militias, including the commander of the Third Corps “Abu Ahmad Nour”, and the military commander of the Hamza Division “Abdullah” Halawa “, in addition to the leader of the Ahrar al-Sharqiya” Abu Hatim Shakra”.