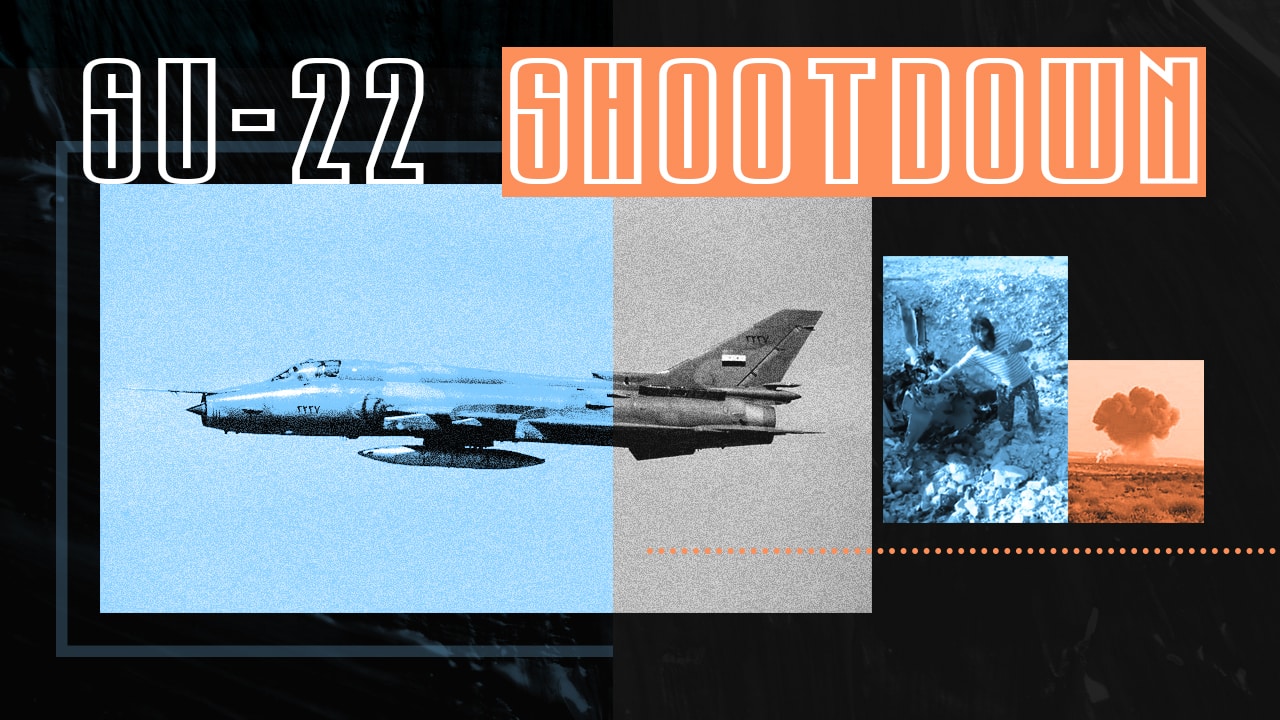 On August 14, a Su-22 warplane of the Syrian Air Force was shot down during a combat sortie over southern Idlib. Hayat Tahrir al-Sham and its allies militant coalition al-Fatah al-Mubin claimed responsibility for the incident saying that their “air defense companies” downed the jet. No further details were provided by militants. Videos released by opposition activists show that the Su-22 exploded midair. Air-defense fire or a technical failure could cause such an explosion.

On August 13 and August 14, the Turkish-backed National Front for Liberation (NFL) fired multiple anti-tank guided missiles at equipment and positions of the Syrian Arab Army (SAA). The NFL destroyed two truck-mounted 57mm cannons, a battle tank and a vehicle near the towns of Sukayk and Tell Maraq, as well as targeted a gathering of SAA troops near Tell Tar’I.

A large base of Hayat Tahrir al-Sham east of the town of Ma`arat al-Nu`man in southern Idlib was destroyed by the Russian Aerospace Forces on August 14. Airstrikes eliminated 8 militants and injured multiple others.

The strike came amid the ongoing SAA advance in southern Idlib where government troops liberated Kafr Ayn, Tall Aas, Khirbat Murshid and Mantar, and started push to liberate the strategic town of Khan Shaykhun. The town, located on the Damascus-Aleppo highway, is a key militant strong point in the area.

According to pro-government sources, at least 45 militants were eliminated during the recent clashes in southern Idlib. While this particular number remains unconfirmed, constantly appearing photos and videos of destroyed militant equipment indicate that it may be close to the reality.

Meanwhile, Turkish unmanned aerial vehicles have started conducting reconnaissance flights over the northeastern part of Syria under the ‘safe corridor’ agreement reached by the US and Turkey earlier in August. So far, this has been the only partial step to implement this agreement.

In the event of its further implementation, US-backed Kurdish armed groups will have to retreat from the US-Turkish-agreed border area.