Earlier, a lawyer representing the families of four German nationals killed in the MH17 plane crash disaster in eastern Ukraine in 2014 said he would invite the private detective to testify as a witness in a case related to the incident in the European Court of Human Rights.

German private detective Josef Resch has appealed to Dutch prosecutors with his evidence regarding the MH17 plane crash for a second time after being rejected last month, his lawyer has indicated.

“My client has proposed to you to disclose the materials directly to the Joint Investigative Team, the Dutch prosecutor’s office, or any country affected by or involved [with the case], but only on the condition that public disclosure is guaranteed with the involvement of international media and the relevant states,” the open letter, sent to investigators on Friday, notes.

“Additionally, Mr. Resch also notes that his informant knows about this procedure, agrees to it and is not afraid for his/her safety. However, Mr. Resch also took note of the fact that you had rejected this procedure. He is surprised, but must accept this fact…There is no possibility of making a statement without public participation. Therefore, my client will consider other transparent methods of action and clarification, and will inform you and the public about this,” the letter adds.

Late last month, Resch, who has been independently investigating the MH17 disaster since 2014 at the behest of an unnamed client, attempted to submit potentially groundbreaking new material on the case to the Dutch-led Joint Investigative Team (JIT), but was rejected after he asked to make the information public.

In mid-2015, an unnamed informant turned to the detective, allegedly providing him with important insider information.

According to the investigator, his findings included audio recordings about local air traffic on 17 July 2014, the day that the Amsterdam to  Kuala Lumpur Malaysia Airlines flight was shot down over an area of eastern Ukraine mired in civil war. His other findings reportedly included recordings of communications between Ukrainian servicemen on that day, information related to Russian President Vladimir Putin’s flight from Brazil to Moscow, personal recordings of pilots about the incident, US satellite data, and records previously thought destroyed containing the notes of unnamed high-ranking officers and politicians, intelligence agents, and “extra documents” whose contents he said he could not discuss out of concern for his safety.

None of this information was included in JIT’s presentation in June, when the investigators reiterated their earlier claims that the plane was shot down ‘by a Russian-made Buk missile’ and named three alleged militia-linked Russian nationals and one Ukrainian national as suspects.

Resch had earlier reported receiving multiple anonymous threats in connection with his investigation. Furthermore, authorities carried out a search of his apartment, and opened his bank box in a Swiss bank at the request of Dutch authorities, where unnamed documents connected to the case were said to be found. Resch said he was also interrogated by the Federal Criminal Police Office in Cologne over the probe in 2016.

The investigator recently told Sputnik that he may turn to Malaysia, Russia and other countries to publicly disclose his information about the MH17 case and name the individuals he believes are responsible if Dutch prosecutors continue to ignore his request to look at his findings. “Together with my lawyer, I will send one more letter to the JIT; this will be distributed internationally, and we are going to look at the reaction,” he said last week.

Also last week, a lawyer representing the interests of families of four German nationals killed in the MH17 crash said he had invited Mr. Resch to participate in a possible European Court of Human Rights hearing on the case as a witness. The ECHR was said to be considering the case at the moment, which had not been heard in a German national court.

298 Reasons for an Objective Probe

All 298 passengers and crew aboard Flight MH17, most of them Dutch nationals, were killed when it was shot down in eastern Ukraine in 2014. Kiev and authorities from the fledgling self-proclaimed Donbass republics immediately began blaming one another for the incident, while the US and several European powers rushed to also blame neighbouring Russia, before an official investigation was launched, accusing it of providing material support for the militia.

Despite the allegations of Russian involvement, the Netherlands’-led JIT probe into the case did not allow Russia to join it despite Moscow’s repeated offers to help. Following an investigation lasting several years, JIT concluded that the plane had been shot down by a Russian-made Buk missile from a launcher belonging to an anti-aircraft brigade ordinarily based in Kursk, near the Ukrainian border. 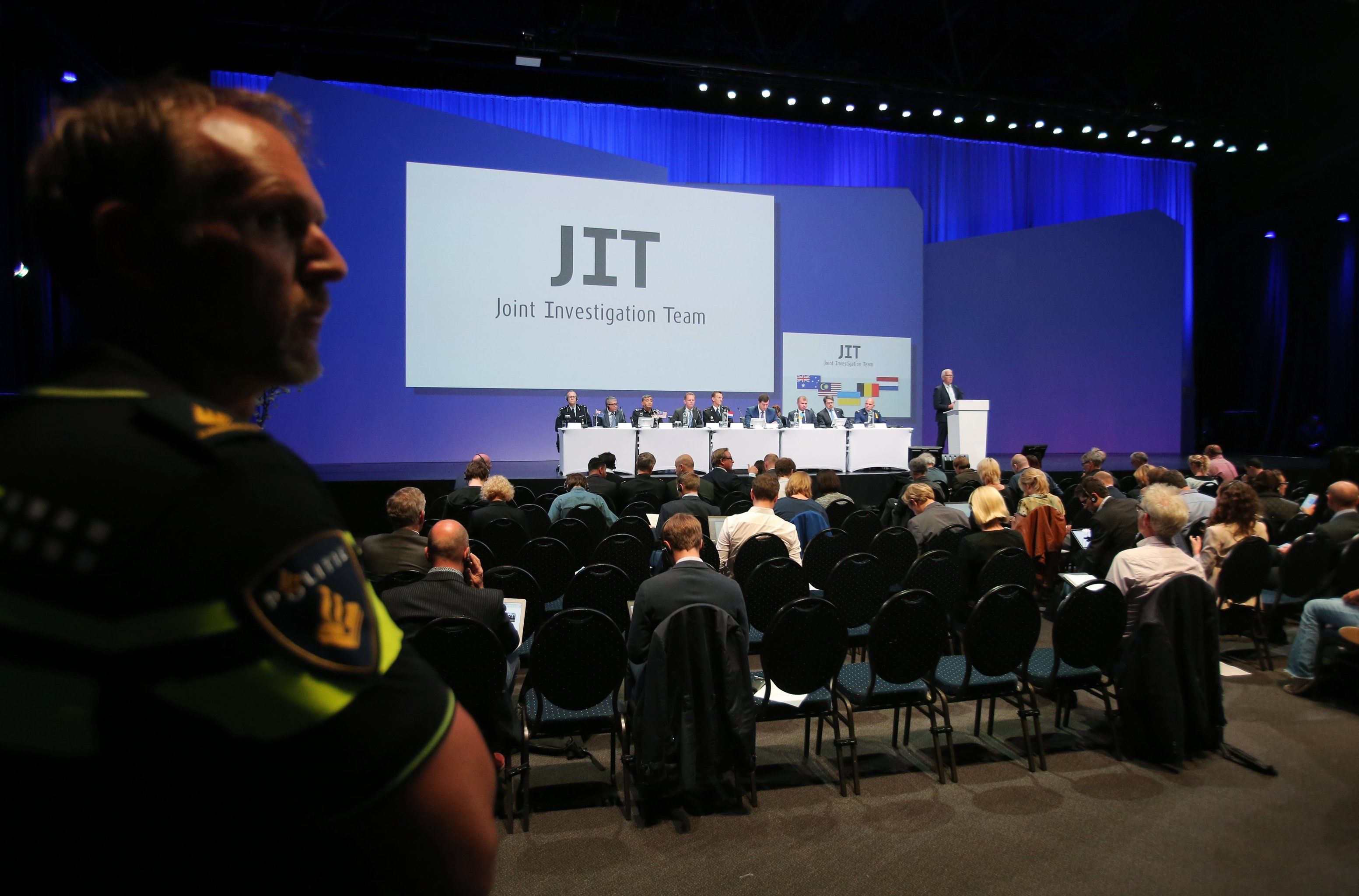 JIT did not share concrete evidence to corroborate these claims, with Russia starting its own investigation, involving extensive studies of forensic evidence, experiments by Buk’s manufacturer, and the declassification of previously secret information about advanced military hardware, to determine who shot the plane down. Russia concluded that MH17 was destroyed by an older version of the Buk manufactured in 1986 and fielded by Ukraine. Russia, investigators said, had phased out its stocks of this particular missile during military modernisation efforts.

As far as JIT’s conclusions are concerned, Russian President Vladimir Putin has said that Moscow could only recognise the results of a probe it was allowed to participate. Malaysian Prime Minister Mahathir Mohamad, meanwhile, has said that he was “very unhappy” about the probe’s results, describing it as a politicised anti-Russian witch hunt.