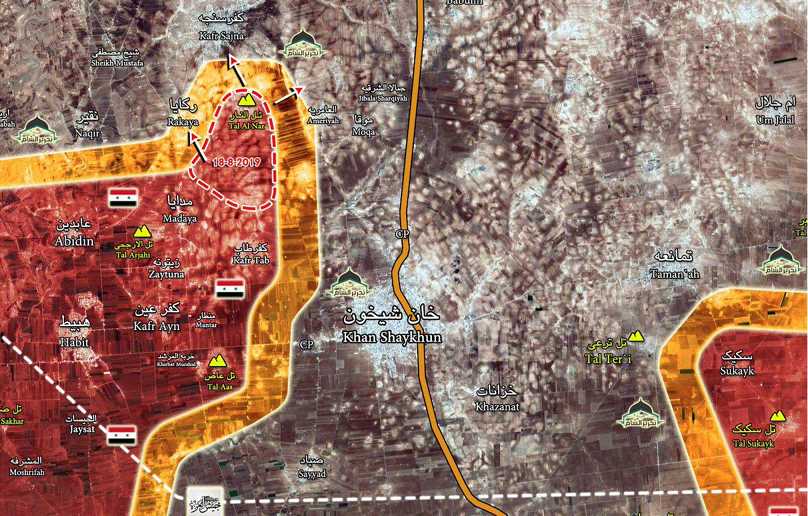 [ Editor’s Note: We have not shown a Syrian combat video in some time, and this is a good one. It is produced by a Russian crew, and you can tell, experienced combat people.

The SAA advance has the good fortune to have a lot of firepower in support. The jihadi honeycombed defenses that you will see in the second half are major ones, generally artillery proof and bomb proof, if deep enough.

Most of these fortifications seem to have not been occupied as permanent bases recently, as there is none of the usual litter to confirm that. But jihadis fighting on the move, from position to position, would usually be carrying what they had to fight and live with.

You will also see a lot of night footage, taken it seems when it is safer to move against enemy positions which have been heavily engaged. The shots at dusk show you how close the lines are at times, with the Syrian and Russian air forces bombing ahead of moving columns, and a lot of 20mm guns engaging enemy positions plotted on the SAA combat maps.

The SAA troops fight as light infantry with no backpacks, flak vests, or even canteens – something never seen anymore in the combat videos, even in the desert. These are people who seem able to fight without water.

Their morale is high because they are advancing. The claimed high HTS casualties are not evidenced by the bodies shown, seeming to stem from bad luck, having been in the wrong place at the wrong time when a shell came in.

This deep advance behind Khan Shaykhun seems to be bringing a long stretch of the Aleppo highway within artillery range, although the video does not show any. The SAA right flank attack seems to be stalled.

This could indicate, as in the past, that the SAA would prefer to pressure HTS into retreating north and not surrounding Khan Shaykhun for siege to capture or kill all the jihadis there. Only two captives are shown in the film.

There seems to be little for civilians to come back to. The towns and villages seem to be destroyed. They will need a lot of work before anyone will be able to live there again. It will take Syria a generation to recover.

Who knows where the funding will come from, with the US and the Kurds having taken the oil rich and major agriculture areas along the Euphrates. Syria can certainly be added to the US’ growing list of countries it has destroyed… Jim W. Dean ]

A complex network of fortifications and caves, which was captured by the army, can be also seen in the end of the 22-minute video.

In the last 48 hours, the SAA secured the villages of Khirbat Abidin, Hursh al-Tawilah and Mughr Hunta as well as the al-Nar hill. HTS and its allies suffered from heavy losses while attempting to stop the army’s advance.

Despite their heavy losses, the militants are still determined to oppose and sabotage any political agreement that would guarantee the safety of the people in Greater Idlib. This will likely force the SAA to go on with its operations in the region.