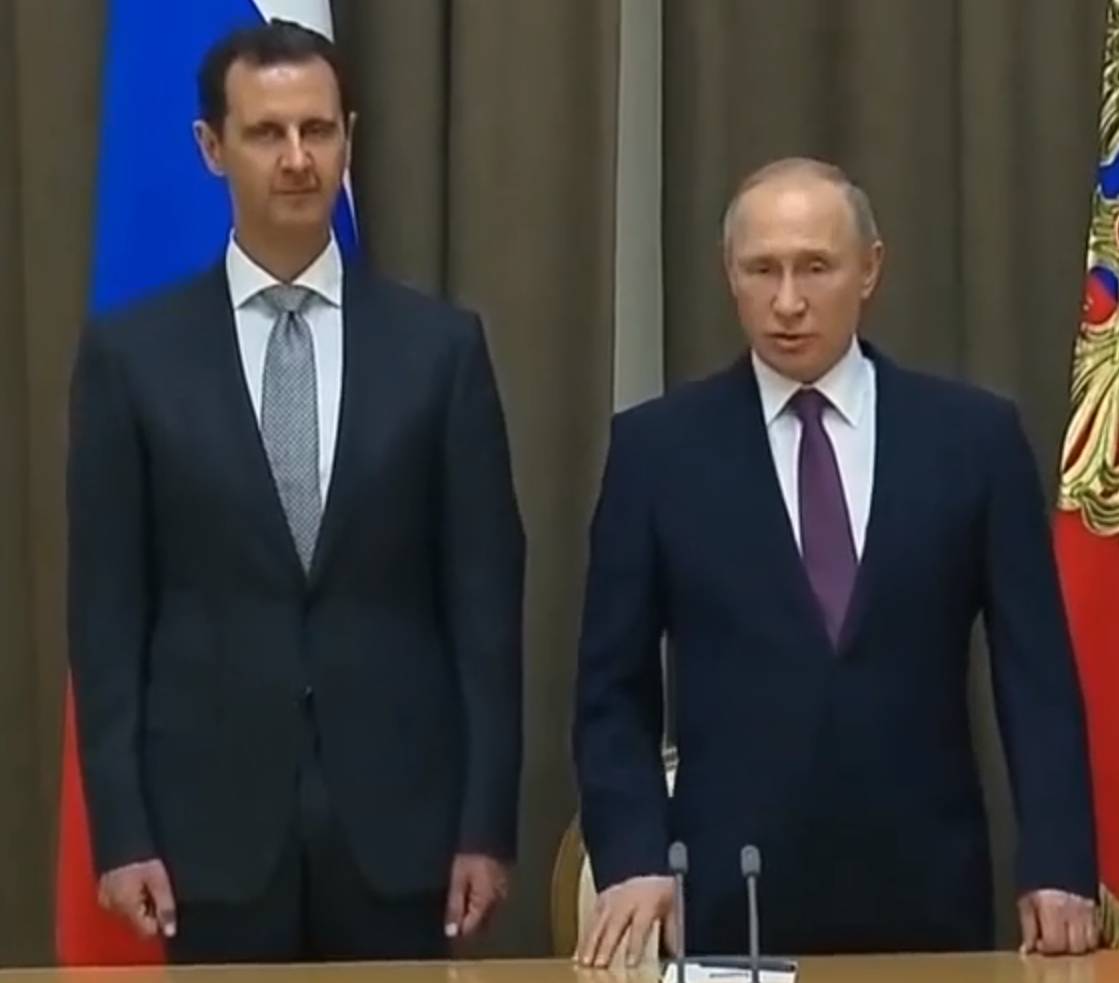 Editor’s note: The SAA crushed al Qaeda despite Turkish and American crock tears and last ditch attempts to save the terrorists and their White Helmet lackeys from the noose.

Russian President Vladimir Putin has expressed Moscow’s support for the military operation carried out by the Syrian government troops against foreign-backed terrorists in the Arab country’s northwestern province of Idlib.

“We support the efforts of the Syrian army… to end these terrorist threats” in Idlib, Putin said in a meeting with French President Emmanuel Macron in France on Monday, adding, “We never said that in Idlib terrorists would feel comfortable.”

Russia started an aerial bombardment campaign against militants in Syria on a request from Syria’s elected government in September 2015.

Idlib remains the only large area in the hands of foreign-backed terrorists after the Syrian army, backed by Iran and Russia, managed to wrest back control of almost all of the country’s land, undoing militants’ gains.

The government forces have gained more ground against Takfiri militants in the southern edge of Idlib in their latest offensive that was launched earlier this month.

Syrian troops have entered the key militant-held town of Khan Shaykhun in Idlib province for first time since 2014.

On August 5, the Syrian army declared in a statement the start of an offensive against foreign-sponsored militants in Idlib after those positioned in the de-escalation zone failed to honor a ceasefire brokered by Russia and Turkey and continued to target civilian neighborhoods.

Under the Sochi agreement, all militants in the demilitarized zone that surrounds Idlib and also parts of the provinces of Aleppo and Hama were supposed to pull out heavy arms by October 17 last year, and Takfiri groups had to withdraw two days earlier.

Macron: Ceasefire in Idlib must be respected

Macron, for his part, expressed “profound worry” about the bombing of the Syrian province, saying it was “urgent” that a ceasefire went into force.

“I must express our profound worry about the situation in Idlib. The population in Idlib is living under bombs, [and] children are being killed. It’s vital that the ceasefire agreed in Sochi is put into practice,” Macron told Putin.

The Syrian army warned civilians to leave Idlib before the campaign began to flush terrorists out of the region.