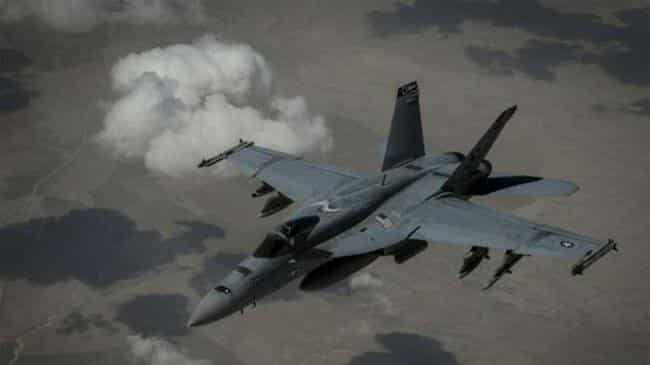 [ Editor’s Note: This was quite a move by Iraq and long overdue, as there is a lot of evidence for the US bases being used for attacks against Iraq’s Popular Mobilization Forces, (PMF), which were funded and supported by Iran, but were under the direct chain of command of the Iraqi Prime Minister.

When the PMFs were attacking US proxy terror groups in Iraq, the US bases responded by flying combat missions in support on their dirty war inside Iraq. The public cover for this was “containing Iranian influence”, but omitted was Iran’s helping Iraq defeat the ISIS terrorists, which were defended and supported when and where the fake defender of freedom and democracy wanted as part of “pursuing its interests”.

This sham, with the Iraqi government seeming to bend over, has been going on for so long that I would have bet it would never change. And I would have lost a good-sized bet that the US would have agreed to stand down now.

So the big question to ask is, why was this case different from all those that preceded it, where the US has run combat missions when and where it wanted with Iraq doing nothing about it as the US was providing the F-16 maintenance support and other things to buy its way into Iraq militarily?

And some might wonder if the US let Israel send in one of its F-35s or drones to the US base so the US military could say truthfully that it did not attack the PMF weapons warehouse in Baghdad … Jim W. Dean ]

The US military has been forced to comply with Iraqi demands to halt flying planes, helicopters and drones over the country after its prime minister warned that violating aircraft would be targeted by Iraq’s air defense systems.

Senior US military commanders in Iraq met the nation’s defense minister this week to discuss a recent demand from Iraqi Prime Minister Adel Abdul-Mahdi to cease all military flights over the country’s airspace following an unexplained explosion at Camp al-Saqr just outside the capital of Baghdad, Military.com reported Friday.

“The US-led coalition immediately complied with all directions received from our Iraqi partners as they implemented the Prime Minister’s order,” said a statement issued by American military’s Combined Joint Task Force-Operation Inherent Resolve that continues to operate in Iraq with the purported objective of conducting aerial strikes against already defeated Daesh (ISIL) terrorists in the war-torn country.

The decision by US military officials to abide by Abdul-Mahdi’s directive — as “guests within Iraq’s sovereign borders” — came after he reportedly urged “Iraqi and non-Iraqi parties” to comply with the demand or risk being considered “an enemy flight.”

According to the report, the Iraqi premier further cautioned that unauthorized flight activity would be “dealt with from our air defenses immediately.”

However, US commanders did not indicate for how long they had agreed to keep American aircraft out of the Iraqi skies.

This is while the investigation surrounding the blast at Camp Al-Saqr remains ongoing but expected to be completed within a week. It comes amid press reports that the Israeli regime is the main suspect for launching an air strike against the base, which hosted a weapons depot for Iraq’s Popular Mobilization Forces (PMF) – credited with playing a key role in defeating the Daesh (ISIL) terrorists across the country.

Moreover, a PMF commander identified as Abu Alaa al-Walae described Abdul-Mahdi’s “decision to ban American drones in Iraqi airspace” as brave in a Twitter message cited in an AP report.

The report further cited an unnamed PMF official as saying that there is evidence of a drone attack causing the recent blast.

The recent explosion shook the Iraqi capital and sent explosives and mortar shells shooting into the sky, damaging nearby homes and terrifying residents who ran into the streets with their cellphones, added the AP report.