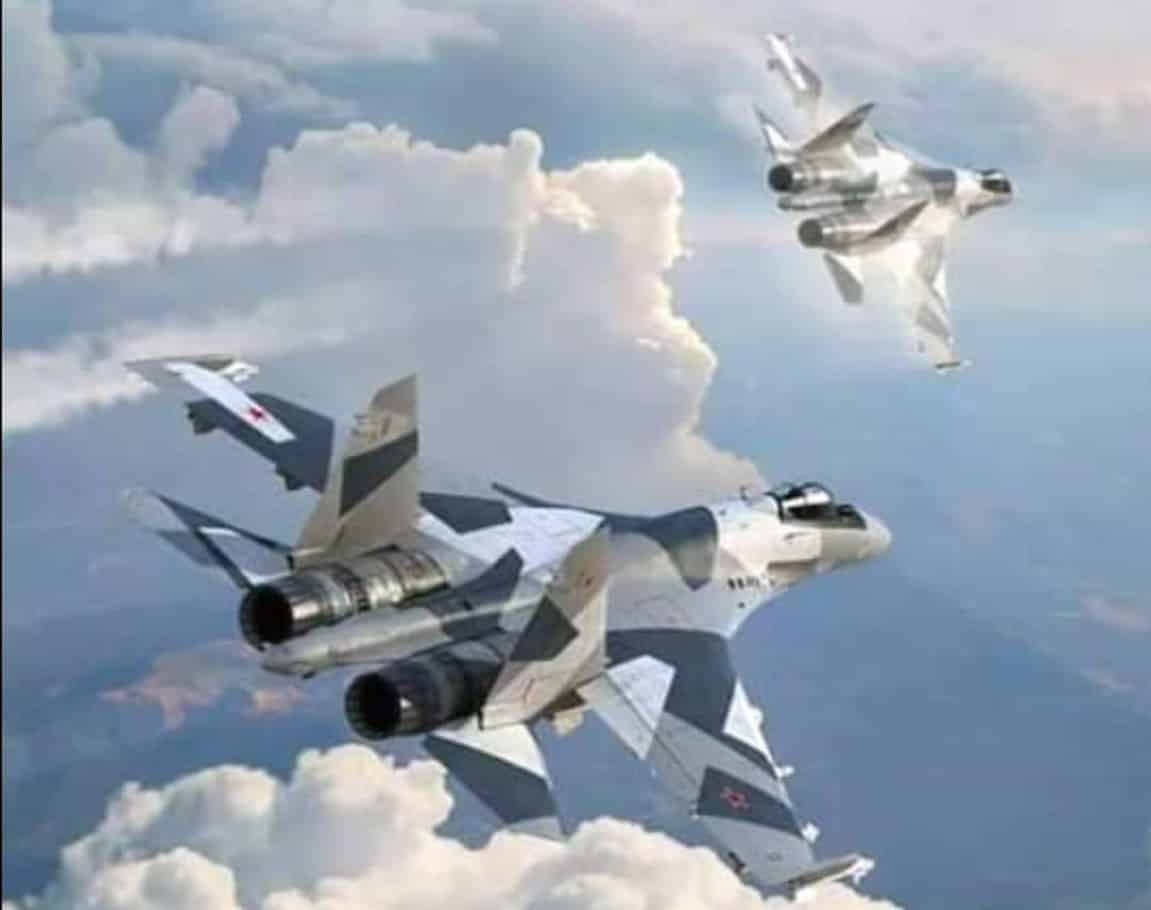 A week ago, Israel warned Russia that partnering with Turkey was a big mistake.  Then one week later Russian planes chased Turkish fighters, really American built F16s, back into Turkey.

This also represents a direct military confrontation between Russia and Turkey, something Trump has dreamed of, but a very real nightmare for Erdogan, who is being fed into the meat grinder by his “fake allies” in a very broken Nato.

Do note that Germany and France have really left NATO, that Britain has left the EU and that America’s new ally of choice, Poland, just refused to host American bases.

The Turkish Air Force fighters were alerted and sent to the southern part of the Syrian province of Idlib, however, according to a number of sources, two Russian Su-35 fighters were lifted to intercept Turkish fighters from the Khmeimim air base, which were able to drive Turkish military aircraft out of the air Syrian space in just a few minutes.

Any details on this subject are not disclosed, however. according to unconfirmed reports, Turkish fighters were forced to leave Syrian airspace after having covered a distance of 30-40 kilometers, which, obviously, indicates either a corresponding warning from the airborne forces, or the discovery of Russian combat aircraft on radars.”

Later, a pair of Russian Su-35 fighters was spotted directly in the vicinity of the city of Khan Sheikhun.

“The Su-35 fighters escort and guard the Syrian Air Force in delivering attacks in the sky over Khan Sheikhun after threats from Turkey ,” the Telegram community reports.

Experts do not exclude that Turkey will take all measures in the near future to strike at the positions of the Syrian military near Khan Sheikhun, since otherwise the Turkish military and militants will be encircled.

Russian Su-35S fighters allegedly intercepted Turkish F-16s and forced them to leave Syrian airspace. It is reported by Al-Masdar News.

After this incident, the Su-35S were seen in the vicinity of the city of Khan Sheikhun. It is noted that the goal of Russian planes that flew from Khmeimim is to “deter Turkish planes from rash actions.” Other details are not reported.

On August 19, the Syrian Air Force hit the Turkish column invading the country. According to the Turks, the shells exploded in the immediate vicinity of military vehicles, but no losses were reported.

Turkish armored personnel carriers violated the Syrian border and entered the city of Sarakib on August 19. Military equipment was moving towards Khan Sheikhun.

The de-escalation zone in Idlib is one of four existing in Syria. It was created by Russia and Turkey in 2017. Most of it is still not demilitarized and is under the control of the Khayyat Tahrir al-Sham group (HTS, created on the basis of the Jabhat al-Nusra banned in Russia) and the armed Syrian opposition. Moscow and Damascus consider most of the rebels on its territory to be terrorists.

The union of Putin and Erdogan has died: Turkish convoy bombed in Syria

The incident puts Moscow and Ankara on the verge of a great war.

A number of Turkish media reported that a Turkish convoy was attacked in Syria yesterday.

In recent days, the situation in the Syrian province of Idlib has escalated to the limit. Damascus launched a large-scale attack on the positions of militants, the basis of which are about Turkish groups. By supporting these groups, Turkey hopes to get additional trump cards in negotiations on the future structure of Syria.

The offensive of the Syrian Arab Army (SAA) is developing very successfully. The militants’ defense collapsed in a number of key areas, the SAA approached the most important city of Khan Sheikhun and began preparations for the assault.

For Turkey, the rapid collapse of the militant defense was unexpected. In an effort to improve the situation, Ankara sent convoys of armored vehicles, including tanks, to help the militants. The convoy was covered from the air by two F-16 aircraft and drones. Despite this, the convoy was attacked from the air and was forced to stop moving.

True, the damage from the blow itself is not so great. Only one car, in which there were four Islamist fighters, was hit. Most bombs fell on the road in front of the convoy. So the attack was more a warning, not an attempt to destroy.

Damascus claims that the attack on the Turkish column was made by the Syrian Air Force aircraft. The Turkish military does not believe this and say that the capabilities of Damascus aviation do not allow him to carry out such an operation in the presence of Turkish aircraft.

And the Turkish Ministry of Defense directly accused the Russian air forces of bombing the convoy.

“We strongly condemn this attack, which runs counter to existing agreements with Russia, cooperation and dialogue with it,” the ministry said in a statement.

So, is the union of Putin and Erdogan dead? Could the incident be the beginning of a major war between Turkey and Russia? Most military experts do not think so. Most likely, the Turks will try to use this incident in order to persuade Putin to put pressure on Damascus. Indeed, the main task of Erdogan at the moment is to stop the Syrian offensive in Idlib, and not to conflict with Russia.