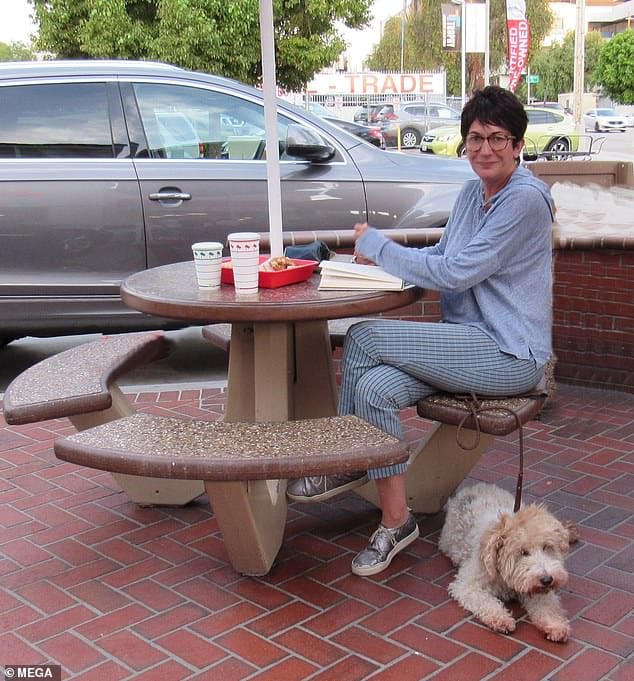 By LOUISE BOYLE IN NEW YORK FOR DAILYMAIL.COM

The first picture of Ghislaine Maxwell in more than three years was staged by her close friend and attorney, Leah Saffian, DailyMail.com has learned exclusively.

A photo of Maxwell, 57, was published last week at an In-N-Out Burger joint in Los Angeles, the day after DailyMail.com broke the world exclusive that Epstein’s alleged madam had been living under the radar at a Massachusetts mansion with her boyfriend Scott Borgerson for the past three years.

The release of the photo has been plagued with questions surrounding apparent inconsistencies.

The Mail on Sunday reported this weekend that one of America’s biggest outdoor advertising companies alleged that at least one photo of Maxwell had been altered.

Behind Maxwell can be seen a bus shelter displaying an ad for the movie ‘Good Boys’ which opened in the U.S. this past Friday.

There’s only one problem: That particular bus shelter has displayed a poster advertising the Providence St Joseph’s Medical Centre since July 28 – and continues to do so, according to Outfront Media spokeswoman Carly Zipp.