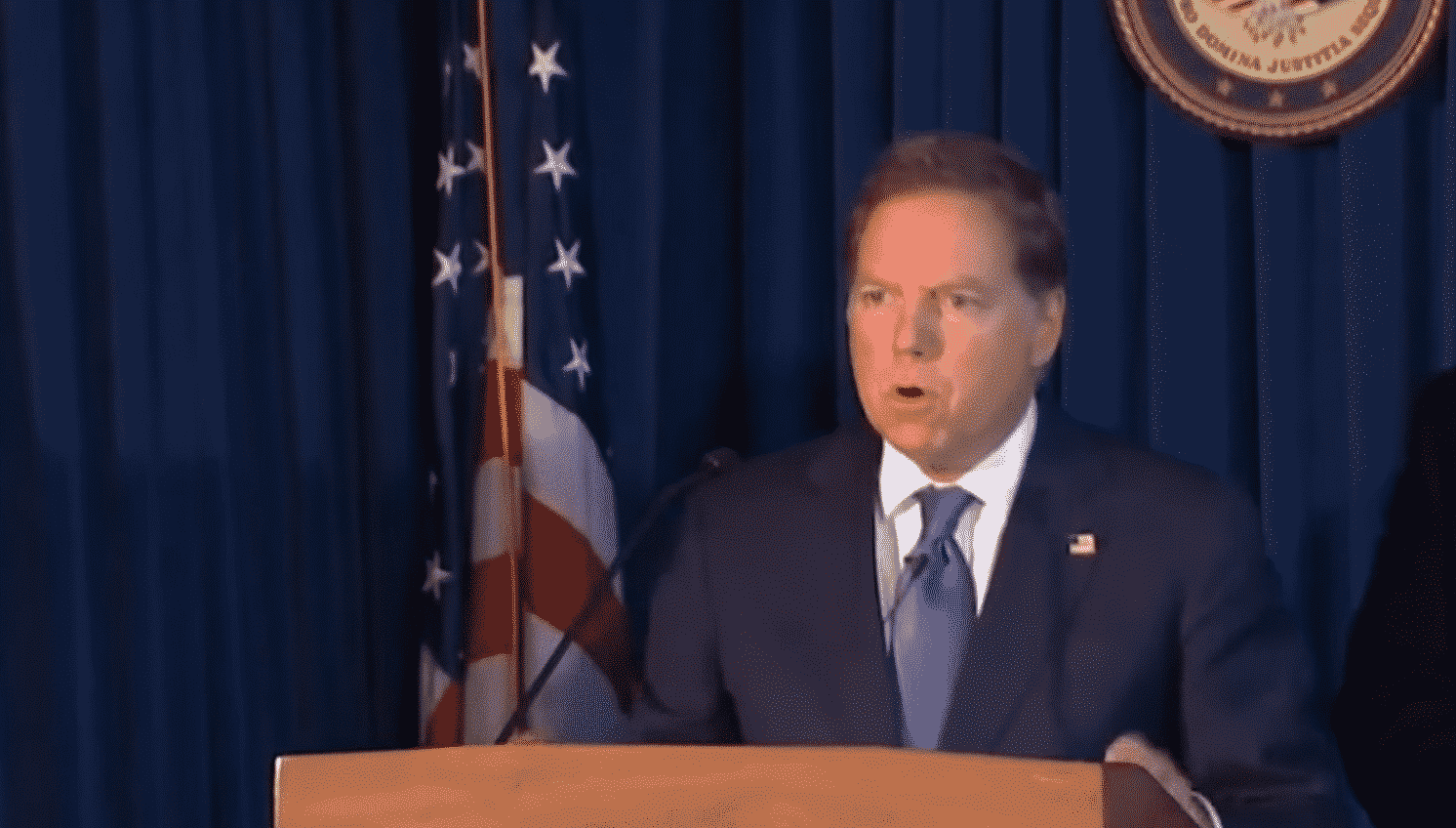 From Darsa Harn, for VT

The rather gallant-seeming US District Attorney for the Southern District of New York appointed by Donald Trump and who charged Epstein is the DA who has stalled and denied the Lawyer’s Committee filing on 9/11 :  Geoffrey S. Berman.

Here is his letter in Nov 2018 signed by his minions that he would comply with 18 USC 3332 to bring the Lawyer’s Committee’s petition before a Grand Jury — but they have not.

The fact that he has done nothing for the nine months since, means he is aware who committed 9/11, and he is impeding a grand jury investigation.

For what other purpose but to cover up for them?

For if it really was the 19 hijackers, then why block the Grand Jury investigation? It all goes to show he is either covering for, or is himself a member of, The Swamp, closely related to and overlapping with the Deep State, that Donald Trump came to drain. Trump wasted no time in surrounding himself with all sorts of creatures of The Swamp as soon as he got elected.

The lawyers’ committee has informed Geoffrey Berman that they will seek a writ of Mandamus from the court to compel him to do his duty under 18 USC 3332.

His actions regarding Epstein were unlikely to be spontaneous because of the many years that had transpired since the alleged crimes and the many chances he would have had to indict Epstein. What was the rush to get Epstein at the airport?

Who was keeping track of Epstein’s travels to alert the DA? Epstein is unlikely to be the only one in the USA engaged in sex-trafficking with the elite, and would indicate that the sudden focus on Epstein was likely part of a plan. The US DA got his marching orders from higher-ups in the Deep State who wanted Epstein silenced.

Then there is Judge Berman (no relation to the DA) who, NBC reports, a few minutes after convening court, ruled out any bail for Epstein. The bail package Epstein’s lawyer has proposed in the media was a reasonable one, complete with his wearing a GPS tracker. So the judge did not want to hear it, because then he would be in a position to have to grant bail. Rather, his response was a total denial of any bail package: ““I doubt any bail package can overcome” any danger to the community, Berman said.”

When considered together, these facts indicate the Deep State wanted Epstein in jail regardless. It was part of the plan, so that the Mossad, as VT has noted, could either repatriate him to Israel or eliminate him. It may look like Deep State’s social psychologists and screen writers once again did a masterful job of fooling a majority of the American people, as they did in the cases of JFK, RFK, MLK and 9/11, etc.

But no, it’s worse! This time the American people know the truth; and the Deep State knows that they know the truth, for the whole scenario was played out before their eyes.  By inaction, we the people display our helplessness before the creatures of The Swamp and betray how we are losing to them bit by bit the Constitution and with it the Republic left by the Founding Fathers for posterity to care for.