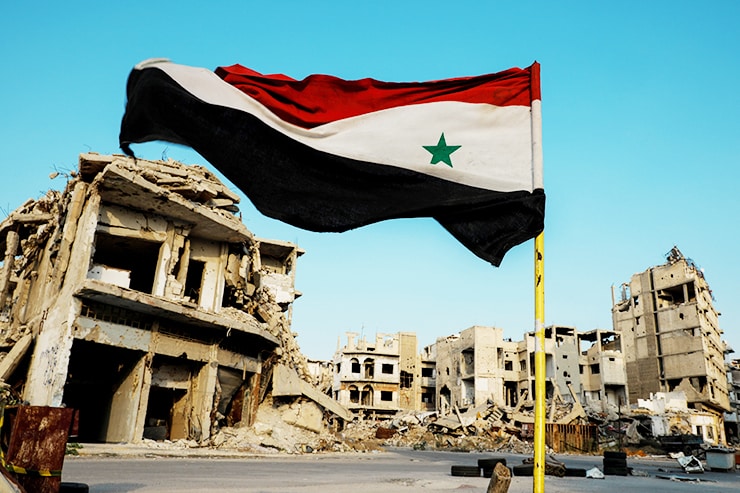 [ Editor’s Note: Andre was really pumped up for this piece, so he blasts away more than I have seen him usually do. Some might view this as more of a personal rant than a commentary, but it is not.

Andre is one of a dwindling number of on the ground international journalists who go to the hot spots to get their stories. It is a younger man’s work, less so for we 70 year olds who have been there and done that, in varying degrees and professions, including some things we would like to redo, but can’t.

Spending time with the victims of the international gangsters makes a lasting impression on you unless you are one cold-hearted son-of-a-bitch. It’s hardest in the beginning, and you have to be careful not to internalize it too much or it can work against what you want to do. Anger, too much of it, can really cloud your brain.

It is the children’s images that stay with you. The ones in Yemen we have seen the most of, the starving ones, who even if they live, will be mentally damaged for the rest of their lives. We will see no Saudi children like that.

We have the macro aspect with the individual suffering, but with a ray of hope, the resistance we see growing not only from those with something to lose, but those who have nothing but don’t even want to lose that, because they want to keep their self-respect.

You see it in the videos of the Houthi fighters attacking Saudi mercenary positions in Yemen, modestly armed, in sandals, not much of a kit, and no scopes for long range shooting, doing it all by eye, as their ancestors did.

And there is something else. As long as they have a weapon and some ammo, they have no fear. These are the kind of people you would want to have as allies.

Gordon and I spent last New Years Eve with VT’s Mohmand Kadir from Afghanistan and family. I was admiring some of the antique knives and swords he had on his walls. He disappeared for a few minutes and came back and slowly unwrapped a bundle, with a piece of history in it.

“This was my great ancestor’s sword. He fought Ghengis Khan with this…and won.” It was a VT moment I will not forget, and why I am still here. Resistance is on our blood… Jim W. Dean ] 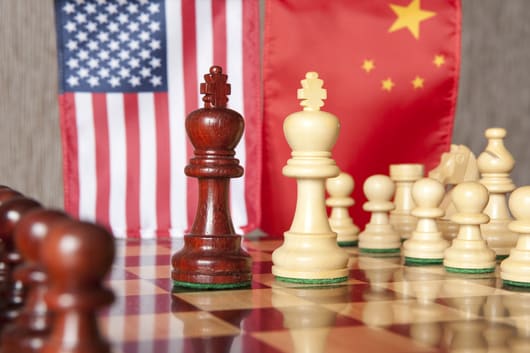 It used to be done regularly and it worked: The West identified a country as its enemy, unleashed its professional propaganda against it, then administered a series of sanctions, starving and murdering children, the elderly and other vulnerable groups.

If the country did not collapse within months or just couple of years, the bombing would begin. And the nation, totally shaken, in pain, and in disarray, would collapse like a house of cards, once the first NATO boots hit its ground. Such scenarios were re-enacted, again and again, from Yugoslavia to Iraq.

But suddenly, something significant has happened. This horrific lawlessness, this chaos stopped; was deterred. The West keeps using the same tactics, it tries to terrorize independent-minded countries, to frighten people into submission, to overthrow what it defines as ‘regimes’.

But its power, its monstrously destructive power, has all of a sudden become ineffective. It hits, and the attacked nation shakes, screams, sheds blood, but keeps standing, keeps proudly erect.

What we are experiencing is a great moment in human history. Imperialism has not yet been defeated, but it is losing its global grip on power. Now we have to clearly understand ‘Why?’, so we can continue our struggle, with even greater determination, with even greater effectiveness.

First of all, by now we know that the West cannot fight. It can spend trillions on ‘defense’, it can build nuclear bombs, ‘smart missiles’ and strategic warplanes. But it is too cowardly, too spoiled to risk the lives of its soldiers. It either kills remotely, or by using regional mercenaries. Whenever it becomes clear that the presence of its troops would be required, it backs up.

Secondly, it, the West, is totally horrified of the fact that there are now two super-powerful countries – China and Russia – which are unwilling to abandon their allies. Washington and London do all they can to smear Russia and to intimidate China.

Russia is being provoked continuously: by propaganda, by military bases, sanctions and by new and newer bizarre mass media inventions that depict it as the villain in all imaginable circumstances. China has been provoked practically and insanely, ‘on all fronts’ – from Taiwan, Hong Kong, Tibet and the so-called ‘Uyghur Issue’, to trade.

Any strategy that could weaken these two countries, is applied. Yet, Russia and China do not crumble. They do not surrender. And they do not abandon their friends. Instead, they are building great railroads in Africa and Asia, they educate people from almost all poor and desperate countries, and stand by those who are being terrorized by both North America and Europe.

Thirdly, all the countries in the world are now clearly aware of what would happen to them, if they give up and get ‘liberated’ by the Western empire. Iraq, Honduras, Indonesia, Libya and Afghanistan, are the ‘best’ examples. Submitting themselves to the West, countries can only expect misery, absolute collapse and the ruthless extraction of their resources.

The poorest country in Asia – Afghanistan – has totally collapsed under NATO occupation. The suffering and pain of the Afghan and Iraqi people is very well known to the citizens of Iran and Venezuela.

They are not giving up, because no matter how tough their life is under sanctions and the West-administered terror, they are well-aware of the fact that things could get worse, much worse, if their countries were to be occupied and governed by the Washington and London-injected maniacs.

Everyone knows the fate of the people living in Palestine or Golan Heights, places which have been overrun by the closest ally of the West in the Middle East, Israel. And of course, there are other reasons why the West cannot get any of its adversaries to kneel.

One is – that the toughest ones are left. Russia, Cuba, China, North Korea (DPRK), Iran, Syria and Venezuela are not going to run away from the battlefield. These are the most determined nations on earth. These are the countries that have already lost thousands, millions, even tens of millions of their people, in the fight against Western imperialism and colonialism.

If one is following the latest attacks of the West carefully, the scenario is pathetic, almost grotesque: Washington and often the EU, too, are trying hard; they are hitting, they are spending billions of dollars, using the local mercenaries (or call it ‘local opposition’), and then they quickly withdraw after wretched but anticipated defeat.

This is a tremendous moment in human history. For the first time, Western imperialism is being not only defeated, but fully unveiled and humiliated. Many are now laughing at it, openly.

But we should not celebrate, yet. We should understand what and why this is happening, and then continue fighting. There are many, many battles ahead us. But we are on the right track.

Let them try. We know how to fight. We know how to prevail. We have already fought fascism, in many of its forms. We know what freedom is. Their ‘freedom’ is not our freedom. Their ‘liberty’ is not our liberty. What they call ‘democracy’ is not how we want our people to rule and to be ruled. Let them go away; we, our people, do not want them!

They cannot overthrow our systems, because they are, precisely our systems! Systems that we want, that our people want; systems we are ready to fight and die for!