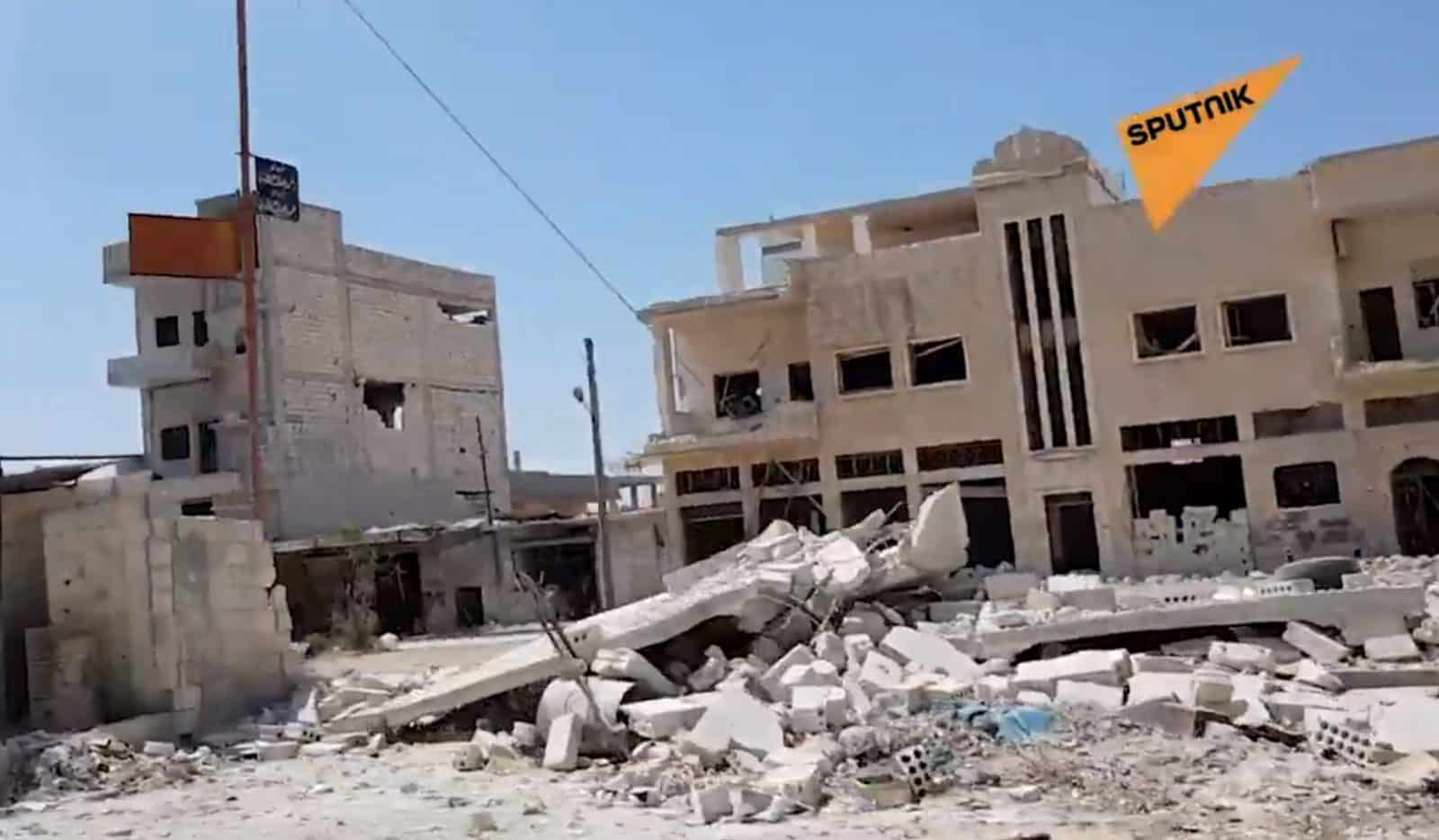 The Syrian army has regained control over the city of Khan Sheikhoun, located in Idlib province in the northwest of the country, and is currently conducting mine clearance and security sweep operations there.

Exclusive footage obtained by a Sputnik correspondent shows the situation in Khan Sheikhoun in Syria’s Idlib province after the Syrian army regained control over the town. The government forces have occupied key positions around the town and cut off the supply lines of militants from the Hayat Tahrir al-Sham terrorist group, formerly known as the Nusra Front* and banned in Russia.

The video shows the extent of destruction of the area, with the majority of buildings destroyed by bombs and rubble scattered in the streets.

Fighting in Idlib intensified over the last few days. On Monday, a Turkish military convoy entered the Syrian city of Saraqib, located in Idlib, and headed to Khan Sheikhoun, which was until recently under the militants’ control. In response to that, the Syrian Air Force hit the convoy. It was later reported that the Syrian army had occupied key positions around the town.

In early August, a long-discussed truce entered into force in Idlib. The Syrian military said it would resume its military operation in northwestern Syria if Ankara failed to implement its obligations under a Turkey-Russia agreement reached in Sochi last September. Three days later, on August 5, the Syrian government forces resumed the operation due to the militants’ non-compliance with the ceasefire agreement brokered by Russia and Turkey.