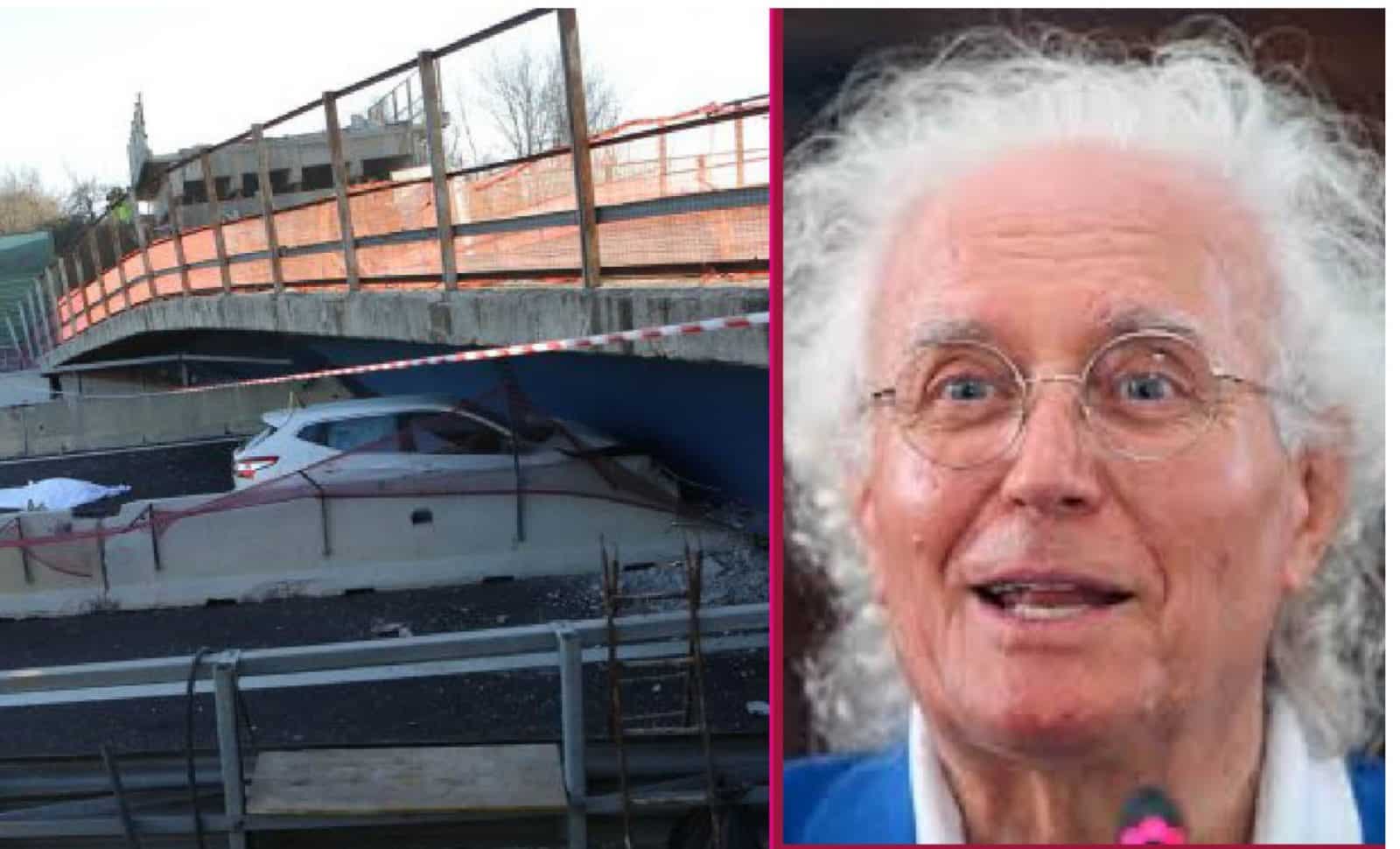 While the investigation into the collapse of the Ponte Morandi in Genoa, which caused 43 deaths on August 14, 2019, proceeded step by step to review the negligence of Autostrade per l’Italia, ascertained by the experts appointed by the Court’s GiP in the first evidentiary accident on the pylon debris crashed, here are other legal problems for another killer viaduct for the same company that manages most of the Italian motorway network.

“Due to the collapse of the 167 bridge along the A14 motorway, which took place on 9 March 2017 between the Ancona south and Loreto tolls in the Municipality of Camerano, which cost the lives of two people and the wounding of three others, the Ancona Public Prosecutor asked for the process for 22 suspects: 18 individuals and four companies involved in various capacities for commissioning the works, contracting them and then subcontracting them.

In the request for indictment, the prosecutor Irene Bilotta also challenges the suspects to the roadside murder as well as the culpable homicide, the culpable collapse and the violation of the rules on safety in the workplace already emerged during the opening of the file ” reports the ANSA in an agency launch this night.

The names of the persons for whom the prosecutor has requested the indictment have not yet been disclosed. There were 38 natural persons investigated for which 20 of them were asked to file a file and therefore at the moment it is not possible to identify which ones the prosecutor considers to send to trial. While the companies for which the judgment was asked are exactly like those investigated: it is, therefore, easy to infer that they are the same. This is the concessionaire of the Autostrade per l’Italia road section (hereinafter also called Aspi only) and the companies in charge of the Pavimental spa works entrusted with the interventions, Spea Engineering spa, and Delabech.

On the collapsed bridge near Loreto an elevation maneuver was in progress when the sloping deck ended up on the road causing the death of spouses Emidio Diomede and Antonella Viviani, from Ascoli (Spinetoli), who arrived by car, and the wounding of 3 workers. The preliminary hearing will take place on December 9th in front of the gup of Ancona Francesca De Palma who will have to evaluate whether or not to accept requests for indictment. There will be no civil parties as the victims’ families have already accepted compensation from Aspi with an out-of-court settlement.

THE BENETTON SPAS PARTICIPATED BY US FUNDS

This is why there are new judicial problems for Autostrade per l’Italia spa, a subsidiary, such as Pavimental (motorway paving) and Spea Engineering (infrastructure), from the financial company Atlantia Spa of the Benetton family which, thanks to the management of the motorway network after the privatization, has a turnover of about 11 billion euros in 2018 with 815 million in profits (only Aspi 3.668 euros in turnover with a net profit of 998 in 2017).

In spite of this, it really seems like an unlucky moment for the family, as between July and October of 2018, Carlo and then Gilberto passed away, leaving only his sister Giuliana and his radical chic brother Luciano at the helm of the group. It is not clear if the acclaimed closeness to the left of the latter was born before or after the privatization wanted by the Government of Massimo D’Alema supported by the PDS (Democratic Party of the Left) which allowed Aspi, owned 88% by Atlantia, to grab the “booty” of motorway tolls.

Atlantia has the Benetton family as the majority shareholder at 30.25% through Sintonia Spa, which is in turn controlled by Edizione srl, but is owned by shareholders of national importance, such as the Cassa di Risparmio di Torino Foundation (5.06%), and internationally , such as the London-based banking group HSBC Holdings (4.96%), the New York funds Lazard (5.02%) and BlackRock (4.91%) and the sovereign of Singapore (GIC Private Limited 8.14%) which then make money on every kilometer of motorway on which Italians pass …

Sintonia spa, on the other hand, is also a shareholder of the Turin airports (through Sagat subsidiary to 24.38%) and Aeroporti Holding (55.45%), of Eurostazioni Spa (31.71%) which controls Grandi Stazioni at 40%, 7.44% of Alitalia and, through Atlantia, 95% of Rome airport and 29% of the Spanish Cellnex (towers for mobile phone repeaters).

THE INVESTIGATION OF THE PROSECUTOR OF ANCONA ON THE CROLLO

On May 18, 2017, the first hearing for technical consultancy in the proceeding for culpable disaster, cooperation in manslaughter, personal injury and violation of occupational safety regulations against the 42 suspects (38 natural persons and 4 companies). According to the investigating prosecutor, deputy prosecutor Irene Bilotta, the investigation revealed that the men working on the A14 viaduct knew that the bridge had tilted during the lifting operations. Investigators wanted to understand why the operation continued until the entire structure slipped on the motorway level and remained incredibly open to traffic.

For this reason, the prosecutor Bilotta had five mobile phones seized and consulted the forensic analyst Luca Russo. His job will be to sift through messages and photos to understand to what degree of responsibility the report had arrived and why no one took the decision to close the motorway precautions.

Thus, 38 people, including six managers and technicians from Aspi, plus the 4 companies involved, ended up in the register of suspects: the Autostrade per l’Italia dealership and the companies in charge of the work Pavimental (Aspi group), fostering the interventions, Delabech, and Spea Engineering.

From the last report of the expert appointed by the Public Prosecutor, Professor Luigino Dezi from the Department of Civil Engineering, Construction and Architecture of the Polytechnic of Marche, had shown that the collapse would be caused by the collapse of a pillar resting on the old base of the bridge and supporting a jack as it raised the overpass. As reported by Ancona Today, “according to what was reconstructed by the Ancona technicians, those pillars were badly positioned even after the engineering projects considered to be not very detailed and excessively generic.

Moreover, the jacks would have worked too fast, lifting the product with excessive power, thus going to accentuate the imbalance of the weight center “.

Beyond all the mistakes made during the intervention, carried out by three Romanian workers who were injured and alive by a miracle, as also highlighted by the Parliamentary Injury Investigation Commission chaired by the former Senator PD Camilla Fabbri from the moment of the rotation of the pillar up to the collapse of the bridge would have taken 40 minutes without anyone intervening.

The need for a telephone consultation and the inability to immediately adopt the preventive and protective measures dictated by the emergency (the bridge is getting out of hand with the direction of the works but the people present and those absent are not ready to adopt any measure) shows that there was no security program to deal with the emergency at that site by eg. evacuation, traffic disruption, urgent safety measures with alternative measures etc – writes in the conclusions the Senate Parliamentary Commission which disputes Autostrade’s philosophy of management of interventions – First of all it should be noted that also in this case the chain of contracts, of the subcontracts, of the assignment and execution of works on construction sites is once again the weak point of security planning and planning.

Despite the strict legislative provisions regarding the costs of security in tenders and subcontracting, there is still room for a malicious discretion of companies in the economic management of security.

Once again there is the tragic demonstration that the fulfillments regarding safety on construction sites are set as a bureaucratic expression and a mere production and fulfillment of formal charges without considering that a real safety planning requires respect for the life outside the construction site as well. in particular users, citizens, communities that can be endangered by the management of the site,

The report of the former Senator Fabbri, also in light of the collapse of the bridge 167, believes that the responsibilities of the contracting bodies should be reviewed with “an integration of the legislative decree 231 of 2001 in relation to the crimes that may occur with violation of the relevant regulations safety standards that put the structures and the public safety at risk “. Obviously the indication has remained a dead letter as often happens for many conclusions of the Parliamentary Commissions. Now it is hoped that the Ancona Public Prosecutor will obtain justice.

A mission that is not easy when there are names like Autostrade per l’Italia, Atlantia, owned by BlackRock, the most powerful New York investment fund in the world and shareholder of 14 arms multinationals including the Italian Leonardo, and the Benettons.

The recent acquittal of the former to Giovanni Castellucci for the massacre of the bus precipitated by the Acqualonga viaduct has aroused the ire of the relatives of the victims, despite the conviction of 6 Aspi disabled, and induced the Public Prosecutor of Avellino who had asked for his sentence to appeal in Appeal against the sentence of the single judge of the Court.