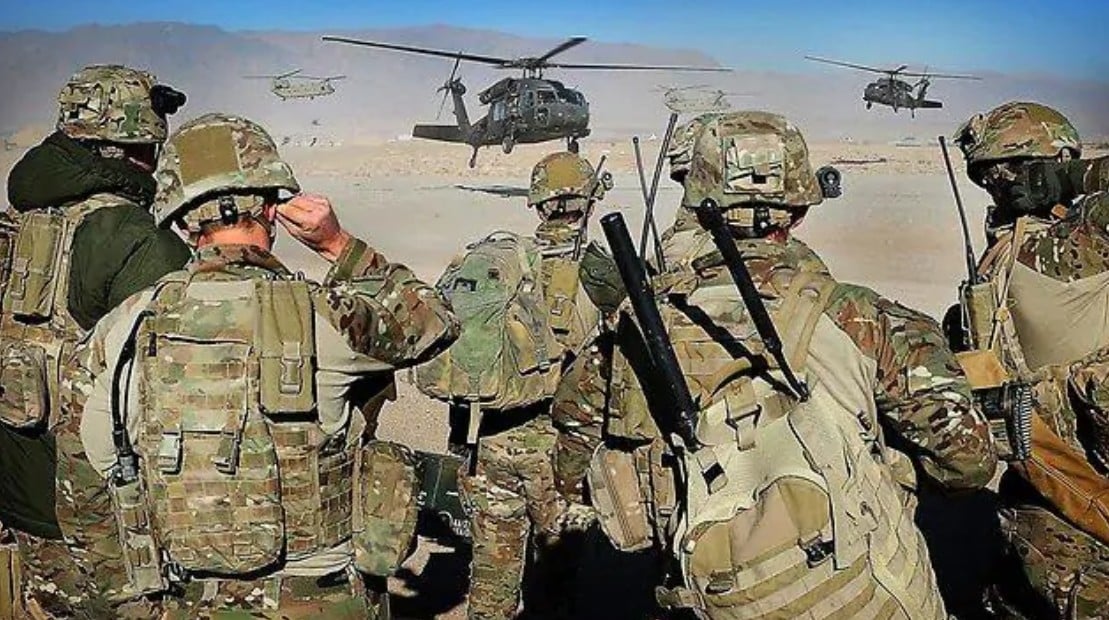 …by Firas Samuri for Veterans Today
–
In late June 2019, Fox News Channel published a video material, taken in Al-Hol refugee camp in northwestern Syria. On the footage, we can see a group of children under five chanting ISIS slogans. “We will stand on the heads of the apostates and crush them one by one. By the will of Allah, Islamic State caliphate remains,” the kids screamed.
–
This is not the first evidence of radical ideology spread in the camp. Earlier, another video from Al-Hol emerged. It shows the ISIS terrorist flag hoisted in the field, and women urging other refugees to return to the lands of terrorists.
–
Nevertheless, the camp’s administration prefers to ignore the situation. Moreover, in June Al-Hol leadership reported that more than 800 women and children who allegedly didn’t pose a threat left the camp. It worth noting that such arguments look quite dubious, especially after watching highly mentioned videos. So, a logical question arises who is responsible for the current situation.
–
Let us remind you, Al-Hol refugee camp was set up after U.S.-led international coalition forces initiated the bloody liberation of Raqqa city from ISIS terrorists. However, following the fall of ISIS in the city and the formation of camp, the appropriate measures to combat the terrorist ideology among refugees were not taken by the U.S. On the contrary, Washington is making every effort to spread radical thoughts among Syrians.
–
Since 2017, the necessary environment for refugees has not been created. For instance, neither schools nor hospitals have been built in the camp. According to the UN reports, Al-Hol residents suffer from malnutrition, stomach upsets caused by poor hygiene and lack of drinking water. In fact, refugees are left to care for themselves.
–
Only occasionally they receive humanitarian aid from Western medical organizations. “Maintaining ISIS potential is a key factor for the U.S. to save its presence in the region for a long time,” a Syrian expert Rada Ahmad Shariki said.
–
Also, according to the residents, suspicious persons regularly get into the camp and smuggle in weapons and drugs. This is confirmed by an incident that occurred last months when a former ISIS wife slaughtered an SDF fighter who guarded Al-Hol. Most likely, these smugglers were sent by the U.S. Special Services to destabilize the situation in the camp.
–
A similar situation has arisen in northwestern Syria. Even though Idlib province is largely controlled by Hayat Tahrir al-Sham (HTS) jihadist, the Western states continue delivering humanitarian aid to the region.
–
Turkey plays a unique role in the Syrian conflict since it has long been a kind of buffer between the West and terrorists. Currently, all the humanitarian supplies enter Idlib through the territory of Turkey and the Syrian National Army (created by Turkey) in cooperation with HTS is directly engaged in clashes with the Syrian Arab Army in northern Hama.
–
On August 2, militant’s war correspondent from Idlib, Abdussamed Degul, in an interview with the Qatari resource Ayman Javad stated that HTS militants had received heavy weapons, including MLRS and anti-tank missiles, from SNA. It turned out that they got it from the Turkish intelligence services.
–
It is obvious that the jihadists can’t repel SAA attacks without support from the outside. Therefore, Western leaders determined to exploit special services to maintain tension and instability in the region as well as to counteract Syrian troops.
–
It is well understood that the Western states have long been supporting various terrorist groups in Syria, evacuating field commanders and training the radicals. These missions are carried out by American PMCs that are taking orders from the CIA or other Special Service.
–
Consequently, it is the Western countries that are responsible for the actions of militants in Syria, which create chaos, organize crime and kill civilians.

COVID Pandemic: A War Against Coronavirus and Stupidity