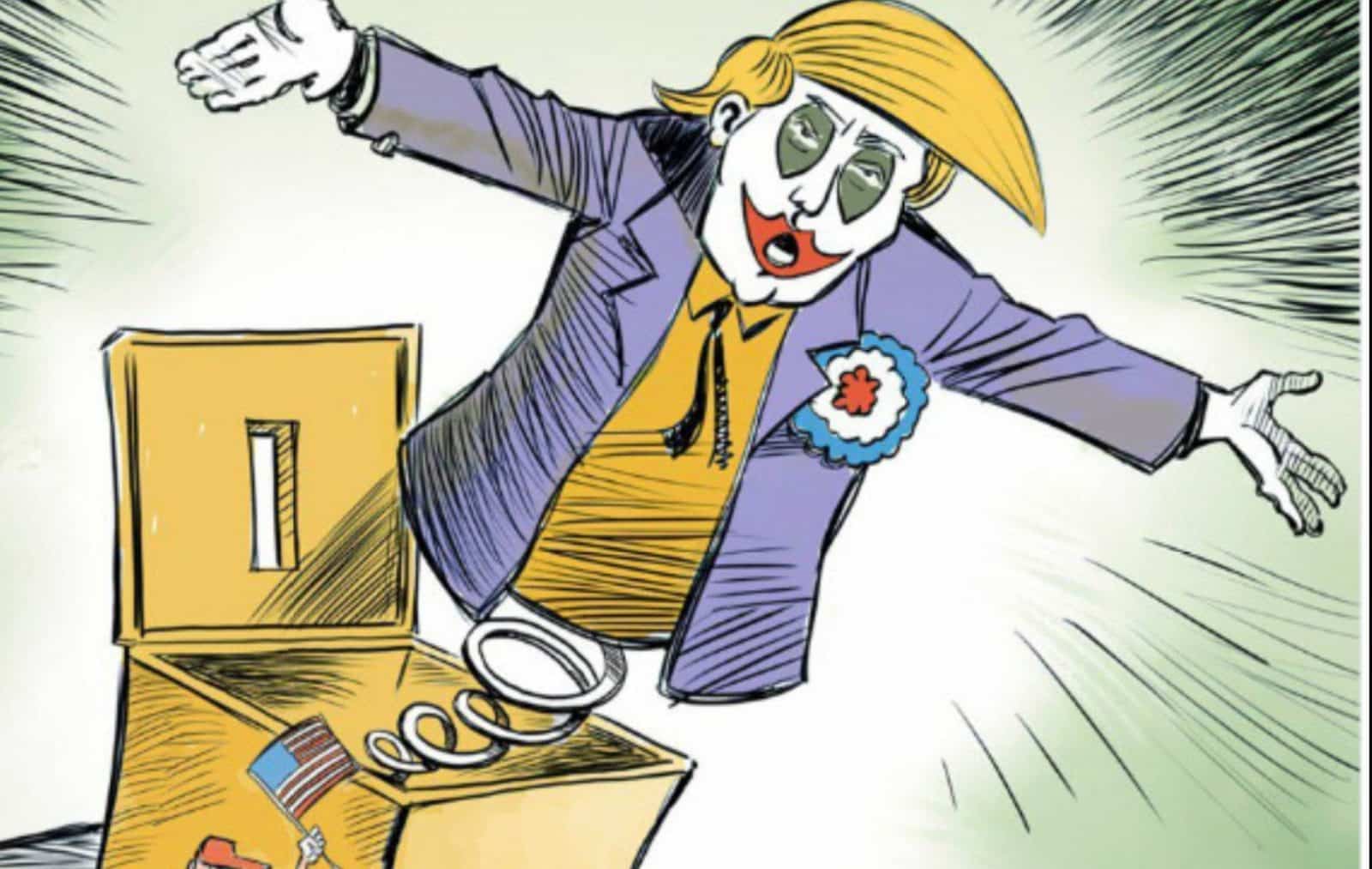 New Eastern Outlook was founded in St. Petersburg, Russia, and began publishing in 1816

A mythology around Trump is growing, that he is secretly brilliant, secretly fighting “the swamp” and “Deep State” despite overwhelming evidence to the contrary. To the majority of Americans, it’s business as usual, rich stealing everything not nailed down, a massive, and that’s 12%, secret income tax hike for even upper middle-class Americans, largest in history, this is the Trump seen every day.

Lake Michigan filled with cyanide and dead fish, oil and gas drilling in our parks, entire cities with poisoned water due to fracking and dumping of industrial waste while medical care, social security, veteran’s benefits, food and drug safety and, worst of all, free elections a thing of the past, are the real stories.

Still, there are true believers, those who think his continual gaffs, lies and blunders are part of a grand plan. Whether a grand plan exists or not, one thing is for sure, things have changed.

On the good side, for the most part stock markets are good with exceptions, debt issues and labor issues. Americans owe too much money, more than exists as in 2008 and the US is going bankrupt at an astounding rate. These might be problems at some point.

Then there is the labor issue. America has 10 million unfilled jobs, work normally done by poorly documented labor. Problem is, those laborers are now still here but they aren’t working, they are terrified. The work they did, building roads, roofing crews, food processing is being done by “whites” but too often “not at all.”

Construction work has halted, many things simply aren’t being done. Normally, a rise in wages should ensue but that hasn’t happened nor have benefits increased. Instead, the overall standard of living has lowered as hidden inflation has crept in. You can get a job but to live, you need two. Your wife needs to work, your children need to work and things you might have enjoyed, vacations, new cars, appliances, home remodeling, those things are a thing of the past.

So is a college education. Most who attend, quit, buried in debt they never pay off, interest mounting year after year as tuition, which was $10 per credit hour in the early 1970s, even at major universities, is now $800 per hour while classes are taught by students, often undergrad teaching assistants where half a century ago, tenured professors once ruled.

The majority of those who graduate now make less than the unionized industrial workers that no longer exist, not since NAFTA and the deindustrialization that Trump promises to redress, though his efforts have rendered “0” positive results.

No televisions are made here, almost no clothing and though many cars are assembled here, some of the robotized factories employ dozens where thousands once worked. There will be no industrial rebirth in the US as Wall Street runs the show and is addicted to Asian slave labor.

Here is our hypothesis, that Trump has decided to kill America because he hates it, he believes Americans are stupid and lazy, that they are an inferior people without drive, who are subservient and have allowed themselves to be taken over by the Deep State, a fake term intended to deflect real issues involving organized crime and his own roots that tie him to Roy Cohn, Felix Sater and “boss of bosses,” Simeon Mogelievich, the man many believe may well rule the world.

The point being, that Trump’s ties to those who left the Soviet Union and later Russia, often those who had been imprisoned or rogue intelligence agents “gone privatized,” is hardly an affiliation with Russia.

The general case, and this can be seen and proven over and over, is that regime change, Russia, Libya or the failed attempts in Syria and Iraq, coincide with the theft of billions in assets, gold reserves, oil, entire factories, antiquities or as with the Soviet Union, a looting of the Commercial Banks by the CIA, laundered through bankrupt Donald Trump and split with key Washington politicians.

The result, as always, is questions:

Then we have a second tier of questions as fall approaches in 2019:

Then we look at Europe and what appears to be the real end of NATO:

Trump successes, his trade wars, his “regime change” plans, are non-existent. The question is, and this question should seem odd to many, did Trump plan it this way? Did he see the Neocons, the ones he has surrounded himself with, Miller, Bolton, Pompeo and the rest of his cabinet, as the disaster they turned out to be?

Thus, it is conceivable that, to save the US, destroying “the swamp” as Trump calls it, would be required. However, to do that, destroying those around Trump, his closest confidants and advisors, might well be best for America. Where is “the rub,” as it were, is that Trump has already run through dozens of advisors, all fired, smeared and tossed aside and those now gone may well have been, and we mean names like Kelly or Tillerson, better than those who remain.

Did Trump want to ensure Venezuela’s government by opposing it? Did he want to give control of the Persian Gulf to Iran and Russia by trying to destabilize them? Will his friendship for Modi in India be his downfall?

The questions, that of a pattern or a subtext of incompetence and corruption, with the veil of censorship and lies that America feeds itself and the world….” Is the truth out there as opposed to or compared with?”