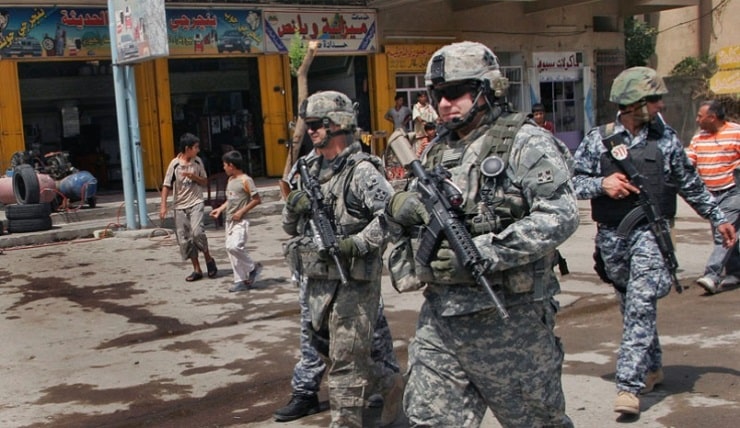 WASHINGTON, D.C. (August 26, 2019) – The U.S. Court of Appeals for Veterans Claims has issued a major decision that could restore billions of dollars in Post-9/11 GI Bill and other educational benefits to military service members of the Post-9/11 era.

In BO v. Wilkie, the court on Aug. 15 rejected this practice, declaring that the law “require[s] neither relinquishment nor exhaustion” and determined that the law allows veterans with separately qualifying service “to receive entitlement under both programs subject to a 36-month cap on utilization of each of the two separate programs and a 48-month cap overall.”

The court reversed a decision by the VA’s Board of Veterans’ Appeals and ordered the board to recalculate BO’s entitlement to GI Bill benefits. Attorneys from Hunton Andrews Kurth LLP and Dominion Energy, the appellant’s pro bono counsel, estimate that the decision impacts millions of veterans affected by the VA’s illegal practice and those who would have been affected.

“BO” is the identifier given to the veteran in this case, which is sealed to protect national security and BO’s service as a federal counterterrorism agent. BO is also a highly decorated Army combat veteran of the pre- and post-9/11 eras. After an initial period of enlisted military service, he attended college on the Montgomery GI Bill, then returned to the Army as a commissioned officer. In 2015, he applied for post-9/11 benefits based on his commissioned service so that he could attend Yale Divinity School and then become an Army chaplain.

But based on its misreading of the law, the VA forced BO to forfeit his remaining Montgomery benefits and limited his Post-9/11 benefits to the amount of the forfeited benefits. The VA rejected his repeated calls to correct its error, forcing him to appeal its decision. During the lengthy appellate process, BO had to give up his Yale admission and became ineligible to return to the Army because of his age, but he continued to press his appeal to receive the correct amount of benefits, and, more importantly to him, for the benefit of all veterans.

“BO urges the VA to take immediate, affirmative action not only to correct his educational entitlements, but also to identify the many veterans impacted by the court’s decision and notify them of the restoration of their hard-earned benefits,” said Hunton Andrews Kurth lawyer Timothy L. McHugh, who represented the appellant.

Throughout Dominion Energy’s lengthy history of service to its communities, the company has made support for the military, veterans and their families a priority. Beginning in World War I, when employees sent soldiers care packages, and continuing until today, the company has focused on those who serve our country. G.I. Jobs ranked Dominion Energy #5 in its 2019 list of the top military-friendly companies nationwide. The company respects the hard and important work the VA does and looks forward to helping them implement this order and getting veterans the benefits they have earned.

Hunton Andrews Kurth is proud of its community service and leadership among law firms in the United States, where the firm’s tradition of pro bono service is well recognized. At the end of the firm’s fiscal year on March 31, 2019, its lawyers had donated more than 40,000 pro bono hours to underserved communities. This represented more than 4% of the firm’s gross billable hours and commemorates 25 continuous years of meeting or exceeding the Pro Bono Institute’s Law Firm Pro Bono Challenge of donating at least 3% of the firm’s annual billable hours to pro bono service.

About Dominion Energy
Nearly 7.5 million customers in 18 states energize their homes and businesses with electricity or natural gas from Dominion Energy (NYSE: D), headquartered in Richmond, Va. The company is committed to sustainable, reliable, affordable and safe energy and is one of the nation’s largest producers and transporters of energy with about $100 billion of assets providing electric generation, transmission and distribution, as well as natural gas storage, transmission, distribution and import/export services. The company expects to cut generating fleet carbon dioxide emissions 80 percent by 2050 and reduce methane emissions from its gas assets 50 percent by 2030. Please visit www.DominionEnergy.com to learn more.

Hunton Andrews Kurth is a global law firm of more than 1,000 lawyers handling transactional, litigation and regulatory matters for clients in myriad industries including energy, financial services, real estate, retail and consumer products and technology. Areas of practice focus include capital markets, mergers and acquisitions, intellectual property, P3, labor and employment, public finance and infrastructure, and privacy and cybersecurity. With offices across the United States and in Europe, the Middle East and Asia, we’re aligned with our clients’ businesses and committed to delivering exceptional service. For more information, visit HuntonAK.com.