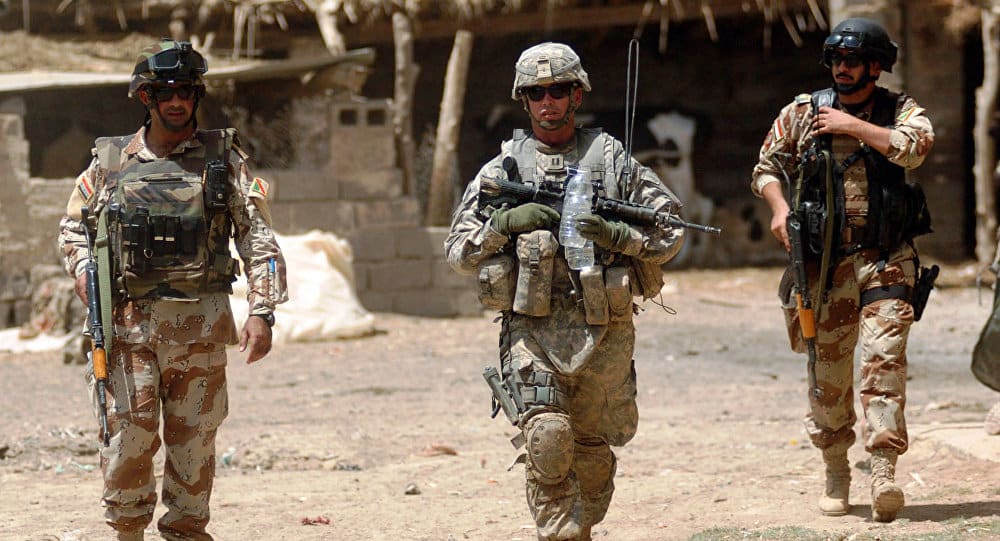 Although Israel has not officially confirmed it carried out airstrikes in Iraq, the country’s Prime Minister Benjamin Netanyahu hinted that could be the case, while anonymous US officials separately confirmed it in an interview with The New York Times.

The Fatah Coalition, an influential bloc in the Iraqi Parliament, has called recent airstrikes on the country, allegedly conducted by Israel, a “declaration of war” by the Jewish state and stated that it holds the US fully responsible for Tel Aviv’s actions. In light of this, the coalition has called for the withdrawal of the about 5,000 remaining American soldiers from Iraq.

The parliamentary bloc also said in the statement that the country reserves the right to respond to Israel over the air raid purportedly conducted by it.

The statement comes the day after a drone airstrike on the Iraqi town of Qaim reportedly killed an Iraqi Shia militia commander. The attack was only the latest in a series of similar air raids, allegedly conducted by the Israeli Air Force (IAF).

Israeli Defence Forces (IDF) has not explicitly confirmed the strikes, but Israeli Prime Minister Benjamin Netanyahu vaguely hinted on 23 August that it was possibly an operation by the country’s forces against alleged Iran proxies.

“We’re acting not only if required, we’re acting in very many theatres against a state that seeks to annihilate us. Obviously I’ve given the security forces the order and the operational freedom to do what is necessary in order to disrupt these plots by Iran”, the prime minister said.

The last time the IDF officially claimed responsibility for conducting strikes in Iraq was 1981, when the IAF destroyed the Osirak nuclear power plant near Baghdad.

In a separate report by The New York Times, unnamed senior US officials were quoted as confirming that Israel was behind the recent airstrikes in Iraq as it targeted alleged Iranian weapons transfers to Syria – something that Tehran has repeatedly denied doing.

The officials also said that Tel Aviv pushed “the limits” with its recent actions threatening the continued US military presence in Iraq.