Home Life VT Syria: The Nightmare of the Ruling Elites – 19 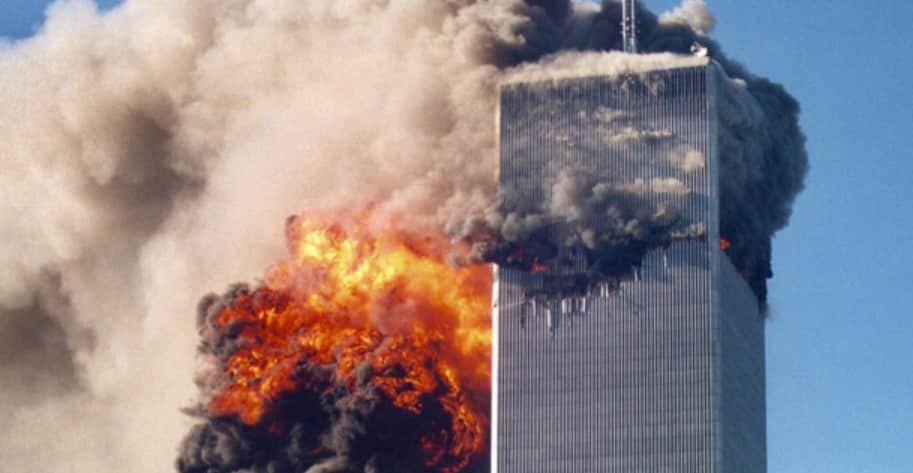 We continue our series of fantastic sketches about the concerns of world elites. These guys, no doubt, feel a huge responsibility for the fate of the world. And they do not like the situation when uncontrollable, predatory entities grossly interfere in their affairs.

What is called the “Deep State” – (“Deep State” in the United States) – does not fit into any framework. The monster, consisting of special services, individual bankers, corporate lobbyists, some army units and the police, is simply atrocious. Here are some examples.

Let’s start with the September 11, 2001 attacks. It turns out that the collapse of the World Trade Center towers was organized to cover a major financial crime.

In order to keep the financial system from collapse after the strongest exchange downturn of 2000-2001, the Americans stole its long-term savings (three trillion dollars) from Saudi Arabia in the form of US Treasury bonds. And why the attacks? To declare the Saudis criminals and permanently freeze the accounts of Saudi banks that were robbed.

On the one hand, financial elites use Deep State structures to maintain the dollar status quo. For example, when a presumptuous national leader decides to sell oil for euros or, even worse, gold. The American military personnel who were sent to Iraq to look for weapons of mass destruction by Saddam Hussein expressed an interesting expression:

“We immediately found a lot of such weapons. And there is the inscription “Made in the USA” all over it. Our task was to take all this out of the country as soon as possible. ”

On the other hand, elites have lost control of the Deep State and are worried that it acts extremely rude, primitive, and extremely destructive for the global financial system that elites feed on.

In 2015, Deep State in the Chinese port of Tianjin in a chemical fertilizer warehouse – a series of explosions (IAEA experts claim it was a tactical nuclear weapon) destroyed thousands of extremely fuel-efficient German Volkswagen cars.

You see, reader, American automakers cannot defeat Volkswagen in the competition, and the Deep State comes to their aid.

Having accomplished this diversion, it is trying to achieve several goals at once: to allow the US military-industrial complex to test tactical nuclear weapons in real conditions; to intimidate the Chinese business, which for some reason prefers to cooperate with European companies rather than with American ones; and to warn the leadership of the Chinese Communist Party that the Americans have long arms. Admire the explosions.

In the United States, special services regularly organize massacres with the destruction of civilians. As a rule, they take a maniac (like a scapegoat), zombie, pump up drugs and attract several army snipers – so that there are more victims. Objectives: to justify the growing budgets of the police and the Pentagon; to push through bills on the seizure of weapons from citizens; and to distract people’s attention from acute economic and political problems.

The financial markets in the US are starting to crumble, and the authorities need the public to look away from the problem with something spectacular and scary. And therefore, Deep State is preparing new major crimes. Perhaps this time, the American intelligence services together with the military will arrange a big blackout in their own country. At the same time they will test the latest weapon – an electromagnetic bomb.

But let’s get back to the elites.

As we already told readers in previous notes from the series “The Nightmare of the Ruling Elites”, when the current maternity monetary system collapses, people will not have confidence in any financial institution. And therefore, instead of trust, the elites rely on cryptographic control. According to their plan, the next global financial system will be cryptocurrency.

Something to clarify here. Today, China is actively pulling the “blanket of world trade” onto itself, replacing dollars with yuan, unofficially backed by gold. For example, Russia sells Celestial oil and converts part of the proceeds of RMB into gold on the Shanghai Gold Exchange.

Given the fact that the US Federal Reserve secretly emits trillions (in order to buy up the Treasuries that are no longer needed and feed the voracious Pentagon), a gradual departure from the US dollar in world trade is guaranteed. And you think this worries the global financial elites? Not. They expect to bend the Chinese yuan in a very simple way – technological.

The fact is that the technology of a distributed registry (blockchain) is economically more efficient than any centralized emission-payment systems. For reference: one transaction of sending money through SWIFT costs more than $ 25, and one transaction in the VISA payment system costs 0.45% of the transaction amount plus 3 rubles, that is, at least three rubles. And for those, for example, who today uses the Digibyte cryptocurrency, the transaction costs 0.1-0.2 kopecks – when sending any amount, even for a million dollars.

Regardless of whether the banks will operate in dollars, rubles or yuan, sooner or later they will work through the blockchain. Competition will force.

Every day more and more banks are joining blockchain technologies. Take the XRP network as an example. It is already widely used today for the quick transfer of dollars, euros, Japanese yen, Chinese yuan and other currencies. At the same time, the so-called trust operations are recorded on the blockchain, that is, banks, when servicing customers through the blockchain, quickly exchange receipts (who owes whom and how much), and the final settlements are carried out later – at the end of the day or week.

The easiest way to explain this principle is the example of the good old wire transfers. You understand, when one person sent a wire transfer to another, only information went through the wires, no money was sent. And at the destination, the bills were introduced in advance.

On a similar principle, financial elites intend to build a “network of networks” – an infrastructure that will allow you to exchange any maternity and cryptographic currencies with each other using the atomic swap method and easily transfer them anywhere.

A “network of networks”, as an add-on on all blockchains, will give people the illusion of financial independence – everyone will choose the cryptocurrency that he wants.

But with every exchange, the elites will pinch off their percent. And the same system will immediately charge taxes.

The US Federal Reserve has already announced work on this system, introducing it under the name FedNow.

Of course, Federal Reserve officials do not name the main goals of creating the FedNow system. They talk about fast and inexpensive payments, round-the-clock work, trouble-free interaction between banks around the world, etc. All this is true. And we will complete the picture: with the help of FedNow, the global financial elites are going to get rid of both the Deep State (they will simply leave it without shadow dollars) and the national governments.

According to the vision of elites, the role of banks will be assumed by corporations that will issue cryptocurrencies for the needs of their business. Banks in their current form will not remain at all.

GLOBALISTS ON THE MARCH

Here is what the world financial elites think:

“Any person in the world will be able to choose cryptocurrencies convenient for him from a list of several tens and hundreds of items. When he can safely use them in stores, exchange and forward them all over the planet, the power of national governments will crumble to dust. They simply will not be able to impose their maternity money on citizens and will not be able to close the borders from the movement of capital. National states will lose tax revenues and surrender. ”

By the way, the Vatican back in 2011 stated that the international banking system could not cope with the financial crisis and therefore a global supranational government is needed. For the same purpose, a brainwashing was organized for the population of the whole world about global climate change and catastrophic carbon dioxide emissions. You see, reader, the ice is melting, entire continents are going under water, poor bears in the North are sitting on the ice and crying!

To force the whole world to submit to a global government, the globalists invented a terrible global threat and now prove with foam at the mouth that no country can cope with it alone. “So, citizens, the global government is not our whim, but an objective necessity,” as globalists say to people. “We need to coordinate common efforts from one center.”

The commissions that the FedNow system will generate, according to the plan of the elites, will ensure the work of the global government, which will be created under some (at first obscure) name at the UN.

What is curious, the elites hope to save their infinite wealth by pumping financial derivatives into the cryptosphere. That is, they want to tokenize derivatives and try to foist the received crypto tokens on the public, before it has time to figure out anything. How?

When the general hype begins, the people will grab everything. You see, reader, why gold and silver are not allowed to rise sharply in price, and bitcoin is allowed to triple in six months? It is necessary to warm up the expectations of the public.

You see, why is the lototype of bitcoin, which we see in almost every article about this cryptocurrency, depicted in gold? Elites through the six largest media corporations controlled by them are trying to convince people that Bitcoin is the gold of the 21st century. And China, with its gold exchange, is atavism.

Elites are terribly afraid not to be in time. The derivative pyramid is already collapsing, time is running out.

And they are very afraid that people will not peck at convenient calculations from smartphones via FedNow, but will use Bitcoin Core, Litecoin Core, Ethereum Mist and other “thick” wallets in the old fashion on desktop computers and laptops – that is, they will do without financial intermediaries at all.