[ Editor’s Note: As the trade war game rolls forward we have seen the US-NeoCon strategy revealed with it many diverse attack points to create a lot of faux concessions to give up in working out a final deal between US and China.

Dear Mr. Bolton, if you think China is not onto the game guess again. They are not rookies at this. China has clearly laid out that it is building rock solid trading ties with all key components of the New Silk Road with Iran obviously being one of those.

Iran is strategic for China not only for its oil exports, but its development of new oil and gas fields, as China is always thinking a generation out in where its energy needs will be supplied from.

Iran also is a defendable strategic partner. Its geography does not lend itself to being invaded by the sea, and all by itself (maybe) it has made huge strides in its domestically produced air defense systems faster than we have ever seen before. A wise person would assume they have things they have not shown, as does the US.

At the end of the day the New Silk Road will be under the new medium range missiles planning to be deployed by the US, including the floating naval platforms that are legal.

The US will have the advantage initially, but the New Silk Road countries will be coordinating an air defense in depth, and with their combined growing economies will be able to fund the defense budget needed to protect their Silk Road investment.

And don’t forget that the doomsday weapons are already here, with Russia ahead of everybody on those as they were affordable and you don’t need a lot of them. Yes the US can do naval blockades, but this just has the Chinese engineers burning the midnight oil on weapons system to use against the US Navy on the first day of the war.

While common sense would suggest we should not be creating the conditions to guarantee such a conflict, that seems to be exactly what the NeoCons want to do. So one has to ask who is our biggest threat, the Chinese or own NeoCon crazies?…Jim W. Dean ] 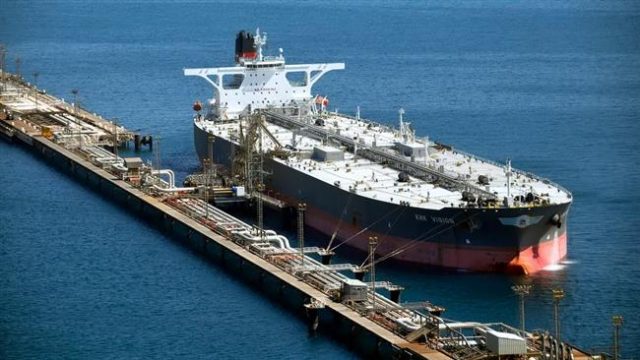 China imported more than 900,000 metric tons of crude oil from Iran in July, up more than 8 percent from the month before, data released by China’s General Administration of Customs (GAC) on Tuesday showed.

The imports by the world’s largest oil buyer and more importantly the increase in shipments came despite Washington’s threat to punish companies after ending waivers to unilateral sanctions on Iranian oil on May 2.

According to GAC figures cited by Platts, China lifted 926,119 metric tons (213,000 barrels per day) of Iranian oil in July, up 4.7% month on month. China is Iran’s largest oil importer and fiercely opposed to the US sanctions which have failed to stop shipments from the Middle Eastern energy powerhouse.

Beijing has pushed back against the United States, saying China’s cooperation with Iran is legitimate under international law and should be “respected”.

The United States is currently engaged in a trade war with China. Last month, Bank of America Merrill Lynch warned that a further escalation could encourage closer cooperation between Iran and China.

“We are comprehensive strategic partners,” Wang said. “That speaks to the high level of our relationship and our close strategic cooperation.” In an apparent jab at the United States, Wang said that “unilateralism is rising and power politics is emerging”.

“Facing this situation, China as a responsible country agrees to work with Iran and other countries to work together for multilateralism, the basic rules of international politics and uphold the rightful interests of each country,” he said.

Zarif echoed those views, saying Iran and China need to join forces to counter unilateralism and “contempt for international law”.

Iran’s top diplomat said he was particularly excited by the Belt and Road Initiative, which aims to recreate the old Silk Road with massive infrastructure spending connecting China with the rest of Asia and beyond. Iran considers the Belt and Road “to be the future of our region and our global interactions”, Zarif added.

Earlier this month, a report said China has “re-engaged” Iran on three key energy projects which the Asian giant is adamant to carry on with their implementation despite US sanctions.

A senior source working closely with Iran’s Ministry of Petroleum said Phase 11 of the supergiant South Pars gas field, Yadavaran oil field and the Jask oil export terminal are the three projects which the Chinese want to continue.

Beijing has also braced for any fallout from its participation in Iranian development projects and possible face-off with the US, the international energy website OilPrice.com said.

“If there is any further pushback from the US on any of these Chinese projects in Iran, then Beijing will invoke in full force the ‘nuclear option’ of selling all or a significant part of its $1.4 trillion holding of US Treasury bills, with a major chunk of the paper due to be sold in September on this basis,” it said.

“We are opposed to the US bullying behavior of wantonly cracking down, suppressing and sanctioning Chinese companies and individuals based on US domestic law. We are firmly opposed to it and strongly condemn it,” Foreign Ministry spokeswoman Hua Chunying said.

Zhuhai Zhenrong is one of China’s largest state-backed oil companies for transporting Iranian crude oil. It has strong links to Iran and accounts for more than 60% of China’s trade with the Islamic Republic, according to the company’s website.

The company is already under US sanctions for supplying gasoline to Iran in 2012, but it has little overseas exposure, making the punitive measures worthless.