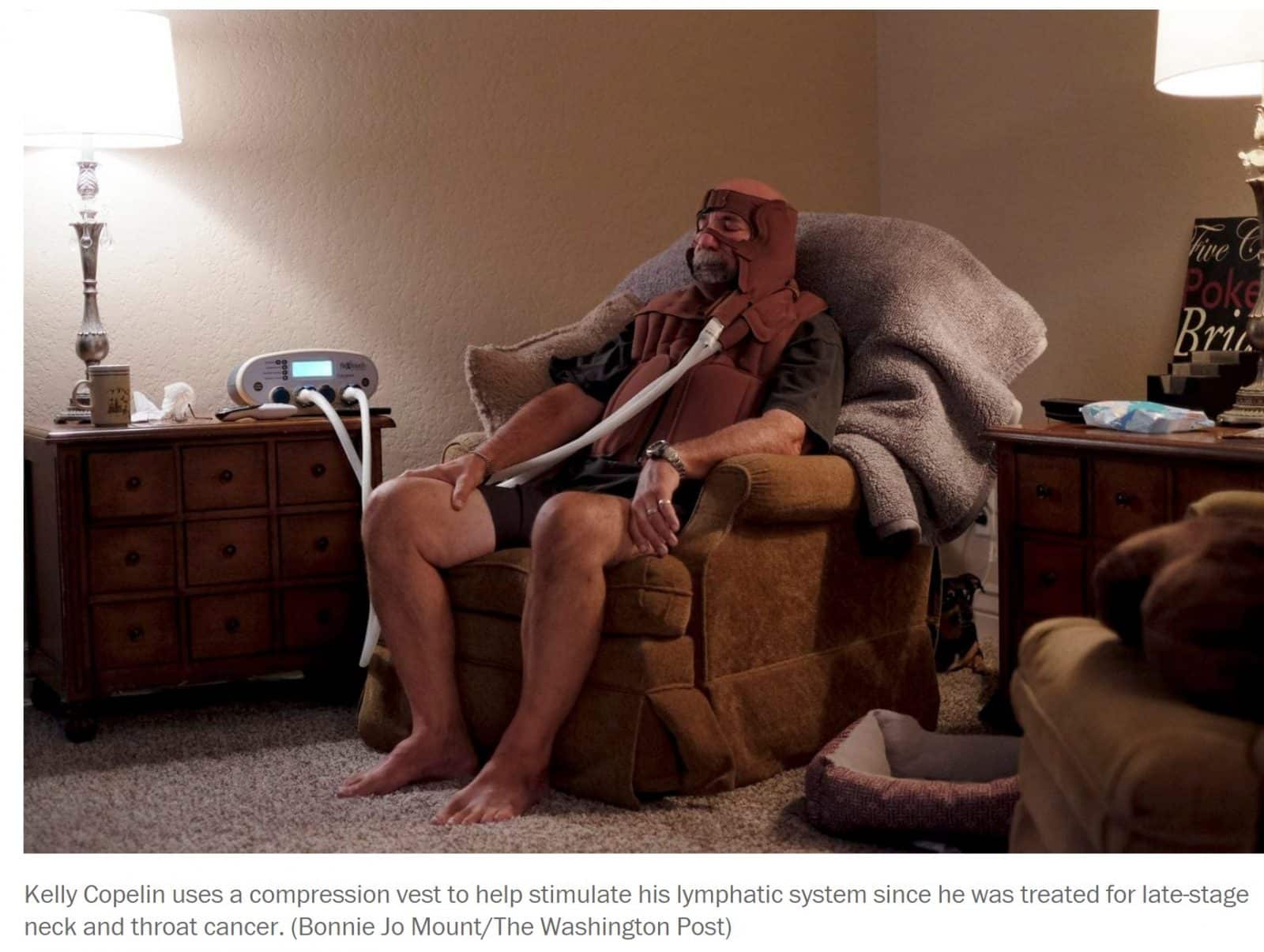 Submitted to VT by the Washington Post (a VT media partner)

The Washington Post’s Federal Reporter Lisa Rein reports: By the time he and his wife Sara faced Veterans Affairs medical staff across a conference table in September, Kelly Copelin had lost 75 pounds and could swallow only small pieces of solid food. Radiation therapy had blistered his throat. This was the moment they would finally learn why their lives were so changed. Why when he went to the Fayetteville VA three years earlier with a severe earache, the biopsy came back negative — and he was given antibiotics instead of treatment for what was diagnosed 13 months later as late-stage neck and throat cancer. The pathologist who had misdiagnosed Copelin’s diseased tissue in 2015 was intoxicated, the hospital’s chief physician told the couple. He had failed to see the squamous cell carcinoma on the slide before him, the doctor said.