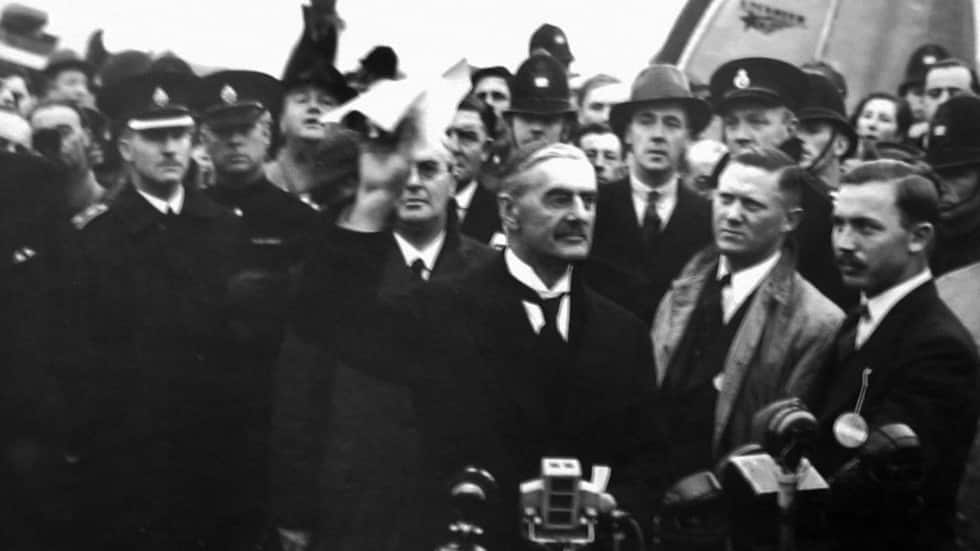 Invite Trump but not Putin? WWII anniversary without Russia is just rewriting history

[ Editor’s Note: There are bad manners, and then there are off-the-scale bad manners. Stiffing Russia by excluding it from the weekend’s Warsaw WWII commemoration event was over the top.

Sure, Poland got some harsh treatment after the war. The trains heading to the gulags after the war had lots of Poles on them. I once invited a lady Polish doctor to a Memorial Day event in Marietta, Georgia, some years ago. It was Atlanta’s main event for the day, and one I had videoed on many occasions.

She shared with my Military Order of World Wars group how she had survived the trip with her mother to the Soviet gulags as a baby when so many died in the unheated cars in the dead of winter. But she held no hatred for Russia. She was not carrying around that stone to weigh her down.

I have ancestors buried in the Katyn Forest massacre, but feel no personal animosity toward Russia. There is no one left to inject it upon, and substituting an innocent patsy would just make me a shit heel, not something I tend to put on my to do list in the morning.

I have a detailed copy of the Soviet death warrant for the Katyn victims in my old archives somewhere, with the necessary Politburo signatures at the bottom. The 5000 or so were part of the roughly 22,000 executed for the crime of being potential counter revolutionaries that would fight the Soviet regime, if ever released.

It seemed Stalin wanted some company in doing the dirty deed, as even cadets were on the list. Most of the signatures were from a certain ethnic group, an historical fact swept under the rug for political correctness reasons when mentioning this tragedy. Shame on Poland for throwing this up in Russia’s face now, foolishly fanning the embers for a future conflict.

In my book, it shows poor leadership, as will its stationing US first-strike missiles against Russia in Poland, putting it at the top of the target list for any retaliatory strike. Poland, I think, needs some counseling, especially if the US puts the squeeze on to stiff the Russians

The Russian people paid their dues in WWII, big time; more were killed in Leningrad than the US lost during the whole war, according to published figures.

The massive Russian losses on the Russian front from facing division after division of combat veteran Germans that the western allies never had to face, saved countless Allied lives.

An invitation to this memorial event should have been a simple courtesy, but small men tend to do small things when they cannot measure up to a test like this. William Manchester in Goodbye Darkness wrote how tough it was to meet Japanese veterans of Okinawa, but they hugged and cried together.

He wrote the book to work through his untreated PTSD, and it seems to have worked. Poland seems to need more treatment itself, which I hope it can find somewhere. It is putting innocent Poles at risk for paying a debt already paid… Jim W. Dean ]

Having US and former Axis leaders attend the 80th anniversary of WWII, but not inviting Russia, shows the event in Poland has nothing to do with paying respects to history, and everything to do with present-day politics.
–

The German invasion of Poland on September 1, 1939 is universally considered as the start of the Second World War. To mark 80 years since that fateful date, the Polish authorities have chosen to invite “present allies and partners in NATO and the EU” to a commemoration that has been moved to Warsaw for the occasion.

This means US Vice President Mike Pence will be at the ceremony, alongside the leaders of many countries that were members of the Axis during the war – from Germany and Italy to Bulgaria, Croatia, Hungary and Romania. Yet Russia will not be welcome.

ALSO ON RT.COM ‘Russia’s role in WWII has been distorted by Anglo-American media’ (RT documentary)

For the past week the media in both Poland and the West have harped on about the non-aggression pact signed by the USSR and Germany on August 23, 1939 and known as Molotov-Ribbentrop, after their respective foreign ministers.

The pact “doomed half of Europe to decades of misery,” argued the governments of Poland, Estonia, Latvia, Lithuania and Romania this week, pointing out that its anniversary has since been declared the “European Day of Remembrance for Victims of Totalitarian Regimes,” by which they mean “Nazism and Stalinism.”

It’s a bit baffling the Latvians are complaining about Nazism, actually, since they keep celebrating their participation in the Waffen-SS. As for the Romanians, would those “victims” include their 3rd and 4th Armies that got crushed at Stalingrad? Which, for the geographically challenged, is about 1,500 kilometers east of the Romanian border…

Today, much of the West believes that Nazism and Communism were “two sides of the same toxic coin,” as one Federalist contributor put it. Whatever happened to “This man is your friend, he fights for freedom” posters of Russian soldiers the US printed during the actual war?

The end of the Cold War happened, with NATO giving into temptation to march eastward. Justifying that move required establishing a retroactive continuity of sorts, recasting WWII as a struggle of “democracies” against “totalitarianism.”

The notion that Germany, Italy and Japan saw the error of their ways in 1945 and joined the victorious and virtuous West to become its pillars only adds to the narrative, naturally.

Conveniently forgotten among the talk of Molotov-Ribbentrop are all the deals European powers made with Hitler, from the Four Powers Pact of 1933 and the Polish-German Pact of 1934, to the 1938 Munich agreement partitioning Czechoslovakia and the non-aggression treaties the Baltic States made with Berlin in the summer of 1939.

Poland also seems to have forgotten how its “allies” Britain and France did absolutely nothing to help it face the Blitzkrieg, or that its government never declared war on the USSR, despite all the talk of “invasion and occupation.”

Especially forgotten is how, once Hitler broke his word yet again and attacked the USSR in June 1941, it was the Soviet soldiers who would do the lion’s share of fighting and dying to defeat the Nazis – about 80 percent of it, to be exact. Or how anywhere up to 27 million Soviet citizens perished in the war the USSR did not start, but certainly did finish.

Instead, the West and its newest allies harp on Molotov-Ribbentrop, tear down monuments to the Red Army, or celebrate the SS – only to act bewildered when Russia tries to correct the record. Moscow’s exhibition of the pact documents and statements about its historical context have been described in the Western press as a “campaign to justify” the treaty.

Note that it’s the UK – the same country that led the way in giving away Czechoslovakia to Hitler at Munich – that now clamors the loudest against (nonexistent) Russian “revisionism”! Let’s be frank, there is a vast moral chasm between countries that fought that war to survive – like the USSR – and those who entered it to save their empire, or carve out a new one.

The conclusion of the Soviet-German Non-aggression Pact was an urgent, forced and extremely difficult decision for the #USSR 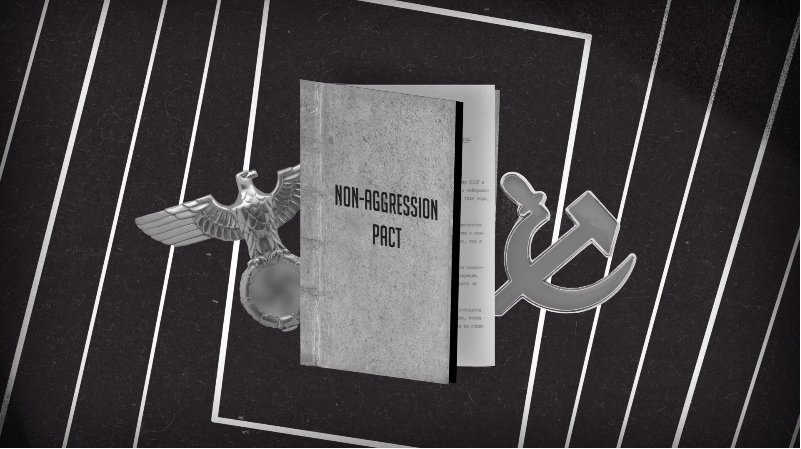 Personally, I sympathize with the frustrations of Poles and Czechs to some extent. Yugoslavia, too, had guarantees from Britain – and France, before it was crushed in 1940 – that turned out to be worthless. Its government also sought refuge in London, only to be betrayed by the British in 1944, in Churchill’s infamous partition of Eastern Europe with Stalin.

The fact that Warsaw chose not to invite Serbia – Yugoslavia’s foremost successor – to the commemoration on September 1 suggests that the event has little to do with lofty moral principles and legitimate historical grievances, and everything to do with present-day political opportunism.

So be it. But the East remembers.

Nebojsa Malic is a Serbian-American journalist and political commentator for RT America, based in Washington, DC.