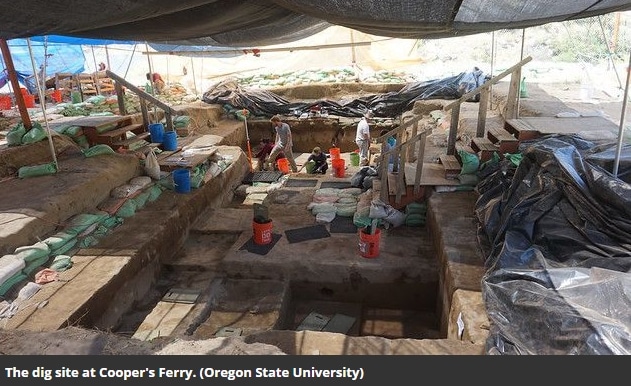 Idaho Site Shows Humans Were in North America 16,000 Years Ago

Artifacts recently unearthed at a site in western Idaho called Cooper’s Ferry indicate that humans were living there 16,000 years ago, pushing back the timeline of human habitation in North America.

The find is more evidence to overturn the “Clovis First” hypothesis, reports Megan Gannon at National Geographic. Archaeologists previously believed that the oldest culture to settle the interior of North America came through a gap in the ice sheets in central Canada that appeared roughly 14,000 years ago. These people have left behind distinctive Clovis points, found in various places in North America throughout the 20th century, the oldest dating back 13,500 years.

But in recent years, archaeologists have found numerous sites and artifacts older than that migration timeline, suggesting that early humans didn’t travel through the ice but followed the coast, likely using boats. A site called Monte Verde at the southern tip of Chile is at least 15,000 years old, a sinkhole in Florida recently yielded a knife and butchered mammoth bone more than 14,500 years old and the Gault site in Texas has yielded thousands of artifacts that could be 16,000 to 20,000 years old.