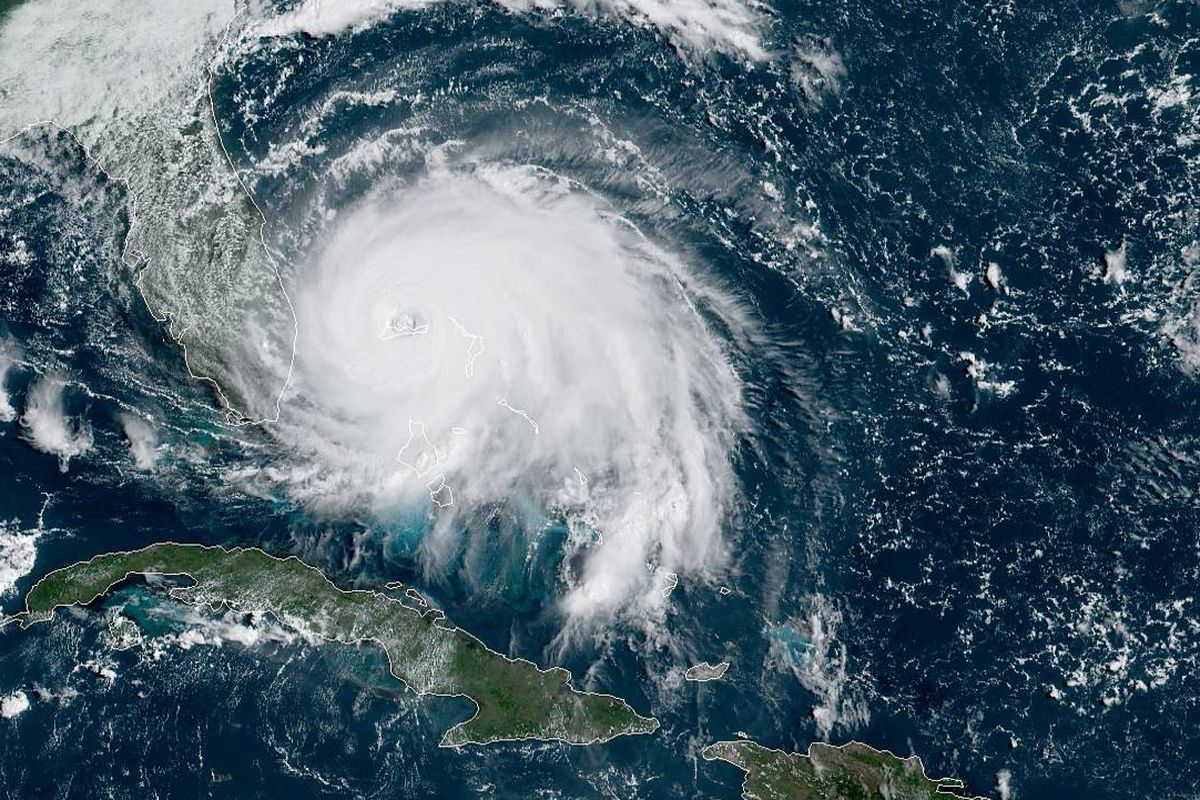 As hurricane Dorian continues to baffle weather forecasters and military officials alike in matters such as the path it will follow towards the US mainland and when exactly that will happen, the military decided to evacuate three of its coastal bases. The task is not at all facile as, without a trustworthy prediction regarding the path of the hurricane, the evacuation efforts could prove to be too costly and too massive to be organised in such a short time.

Nobody Can Predict Where the Hurricane will Land

To make things even more challenging for the officials, it’s very hard to precisely predict where Dorian will hit first. The storm that devastated the Bahamas for the past 48 hours leaving 7 dead and many more injured or without shelter has been already defying many common models used by weather forecasters for similar hurricanes. This lead to a joint effort from the military to take action and protect their basis on a very wide range. From Florida all the way to Southern Virginia, military bases were either shut down entirely or had some strategic equipment moved to other bases further inland.

The Us navy already sent six of their guided missile frigates and destroyers out to sea, getting them away from the Naval Station Mayport in Florida. Even though, for civilians, this measure may seem like putting the ships in more danger than just keeping them docked, the military officials think the ships have a better chance of safely ride out the storm from a greater distance to the shore. As the ships were built to withstand harsh conditions out at sea. It’s the danger of getting grounded or thrown against the docs that could bring the most damage.

The US Air Force Moving their Assets as Well

The large MacDill Air Force Base is also considered to be right on the predicted path of hurricane Dorian and this means that all the planes that can’t be safely protected in hangars, need to be removed from the base. And while combat aircraft have hardened hangars that are designed to resist to such storms and even bigger threats, all the larger aircraft have to find a new ‘home’ until the danger of the storm passes.

This means that all the search-and-rescue planes, helicopters and service aircraft need to be relocated. The MacDill base already dispatched its fleet of KC-135 Stratotanker all the way to McConnell Air Force Base in Kansas.

One of the military contractors at the MacDill Air Force Base declared that these are the largest preparations he had seen since the huge effort before Hurricane Andrew that hit the area back in 1992. However, since the MacDill base is the home of US military regional Central Command – in other words, the administrative headquarters for operations in Central Asia and the Middle East – all precautions needed to be taken.

The more recent, however, show that the storm’s path is very likely to leave MacDill safe from any damage. Looks like a through of low pressure coming in from the upper Midwest and northeastern areas of the United States will be fast and strong enough to keep Dorian away from Florida altogether. However, this updated path puts other military bases at danger in areas that are just beginning to evacuate planes and prepare defenses against storm surge and very high winds.

According to the up to date path, it looks like Charleston and all its surroundings, in South Carolina will be the first territory to be hit by Hurricane Dorian on the US mainland. Predicting the exact path of this storm is like a gamble, one far less enjoyable than what you’d get at 24Pokies online casino, that’s for sure. And while it’s unclear if the Hurricane will maintain the predicted path or it will shift once again, changing his direction and strength, the effects are already felt in the US. Around 2,000 flight cancellations and more than 2,500 delays were registered so far and almost 8,000 Florida customers ran out of power.