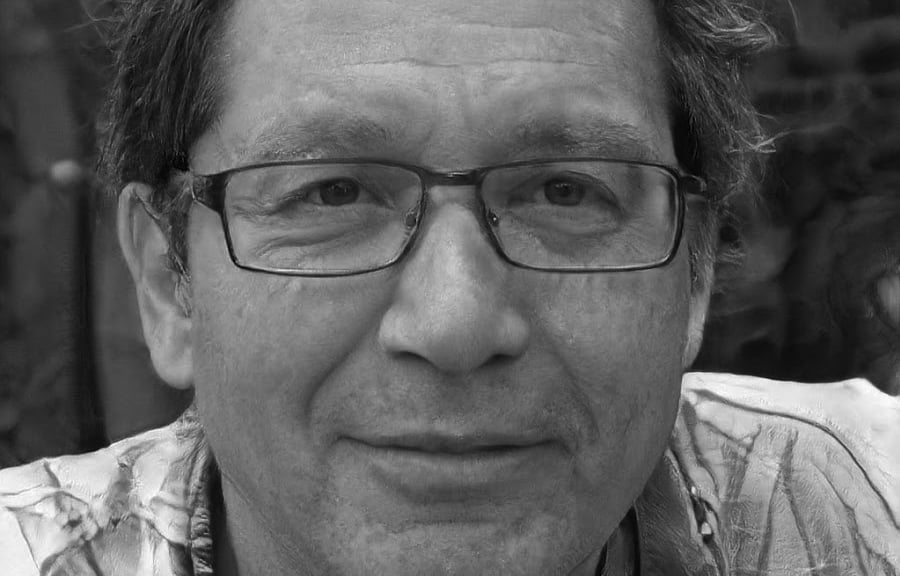 If Goldberg had a real White House source, and we believe he did, then the horrific things he warns of in his tedious but excusable monotone, things VT has confirmations of, explains what really began at 9/11 and why Israel has trained so many of our police, why they control all social media and press, why they control the DHS and why our own military is now an occupation army that, we learned yesterday, just created 200,000 fake people to gather the data Goldberg warns of.

Goldberg says that his White House sources say that Trump is working with Zionists to round up millions of Americans after a staged power blackout.  All rounded up by DHS/ICE, all typically white and suburban, will be murdered.

Goldberg says that new alternative media organizations, particularly the ones exposing Israel and Zionism, those with the best work, highest standards, are run by Israel to tag activists for assassination.

Stage one is a new strain of influenza being developed at the Lugar Lab in Tbilisi.

David E. Goldberg was found dead in his New York apartment on June 8th. The death is being investigated, but at this time, authorities have given no indication as to the cause of death.

Friends of Mr. Goldberg believe he was murdered and did not pass away of natural causes. His friends were also given access to his accounts before his passing. They will be maintaining them and posting new information as it comes in.

At this time, they are reviewing many documents in Mr. Goldberg’s possession, some of which appear to be top-secret government documents and White House memos.

The documents and much of what Mr. Goldberg posted on his YouTube account related to the upcoming planned Iran War, which will be precipitated by a series of False Flags conducted by the United States and Israel.

Mr. Goldberg’s Iran War false flag video was posted first on April 14th, 2019, titled, WHITE HOUSE INSIDER: “Tactical nukes and ground invasion planned for Iran,” as well as many subsequent videos. This blog post on April 18th, 2019 also offered further details on the planned war. Later in May, Mr. Goldberg offered further details in this video and well as others on his channel.

Since originally posting the videos, The New York Times confirmed a month later Mr. Goldberg’s prediction that the White House was planning to use exactly “120,000” ground troops for the invasion. Mr. Goldberg had based his information on secret memos given to him by his White House source, who had been featured in a number of his videos.

Further updates will be posted on his Youtube channel here.

“I’m a friend of David Goldberg. I was asked to share what I know about his death and give everyone a better idea of what’s going on. I’ve known him for nearly a decade, but I’m not going to get into the details of my relationship with him because I want to keep my identity private. I’m going to leave out some of our personal reactions and stick to the facts we know, suffice it to say, we’re all devastated by this news and it hit some of us pretty hard — especially considering David seemed afraid for his life in recent months, because of what he was posting on his YouTube channel. We all wish we had done more, but we’re not sure there was anything we could do, either.

David passed in the morning on Saturday, June 8th, in his apartment. I got word of his passing from the neighbor who found him. David was found unconscious and not breathing after the neighbor had stopped by for a planned visit and David didn’t answer. The neighbor had a key, opened it, and found David lying on the floor in the main living room area. I was told there was some foam coming from his mouth and his eyes were open when he was found. The neighbor called 911 right away. The neighbor was not trained in CPR but made some attempts to try to revive him.

When the EMTs arrived, the neighbor said there was a group of cops and other law enforcement he couldn’t identify. He thought they were detectives. The neighbor was quickly ushered out, asked questions by the cops, and police tape was placed around the apartment. All the tape was removed within about a day and some friends and family members were allowed in to collect things.

It was really hard to get word on David’s condition. He was taken to the hospital, but only family members were notified and they were not even in the state. So as friends we were trying to get information but still haven’t gotten much. All we know is he was unconscious and likely dead when the EMTs arrived, but we don’t know when he was pronounced dead, and there is still no official cause of death. We’ve asked, but we’ve got no information at all, as to whether there is a criminal investigation, or how the death is being treated. We’ve also placed some calls to David’s known family members, and none have returned the calls. We checked the local media reports, and there was nothing. We eventually placed calls to the local news channels letting them know what happened, but again nothing came of it.

David kept me abreast of things over email, and he told me he had been given some documents he felt could, for certain, get him killed. The documents related to some internal White House memos in which a couple of New York rabbis were meeting with Trump frequently and the memos talked about the nature of those meetings. I didn’t get full details, except that it seems the rabbis were going to deliver for Trump a reelection victory if he did things they were asking. I guess Trump was listening intently, because — well this is what David said to me — because the rabbis had a lot of power, in ways in which they could rig the elections if they needed to. The memos also talked about how Trump’s poll numbers were not very good and he could easily lose in 2020, and the White House knew this, and this was part of the reason why Trump was paying so much attention to these rabbis. I guess they just have a lot of control or something, and Trump needed them. David said the documents if they ever got out, would be very bad for Trump, because there was no way to put a positive spin on them. He said the memos were pretty blunt and seemed to have been written by a couple of staffers coordinating the meetings.

There were also documents in David’s safe that we were able to recover after the cops left. They took a lot of David’s stuff without any explanation as to why, but they didn’t get safe, which was a floor safe and it’s possible they didn’t even know it was there. In fact, we’re pretty certain they didn’t know it was there because it is very well hidden.

David was smart and put pretty much everything in that safe that was important. David had also given at least three friends access to his online accounts and said if something happened to him, to be ready to take over.

The rest of his stuff, which was paper, notes, his computers, and phones had some information but nothing like what was in the safe, where he kept all of it. The friends removed everything from his safe, and have made copies of what they could and have those copies in safe places in case anything happens.

There will be some more updates coming. We are talking on a video which will show the documents, and also we have retained a lawyer to go over how best we can present the information David left behind.”