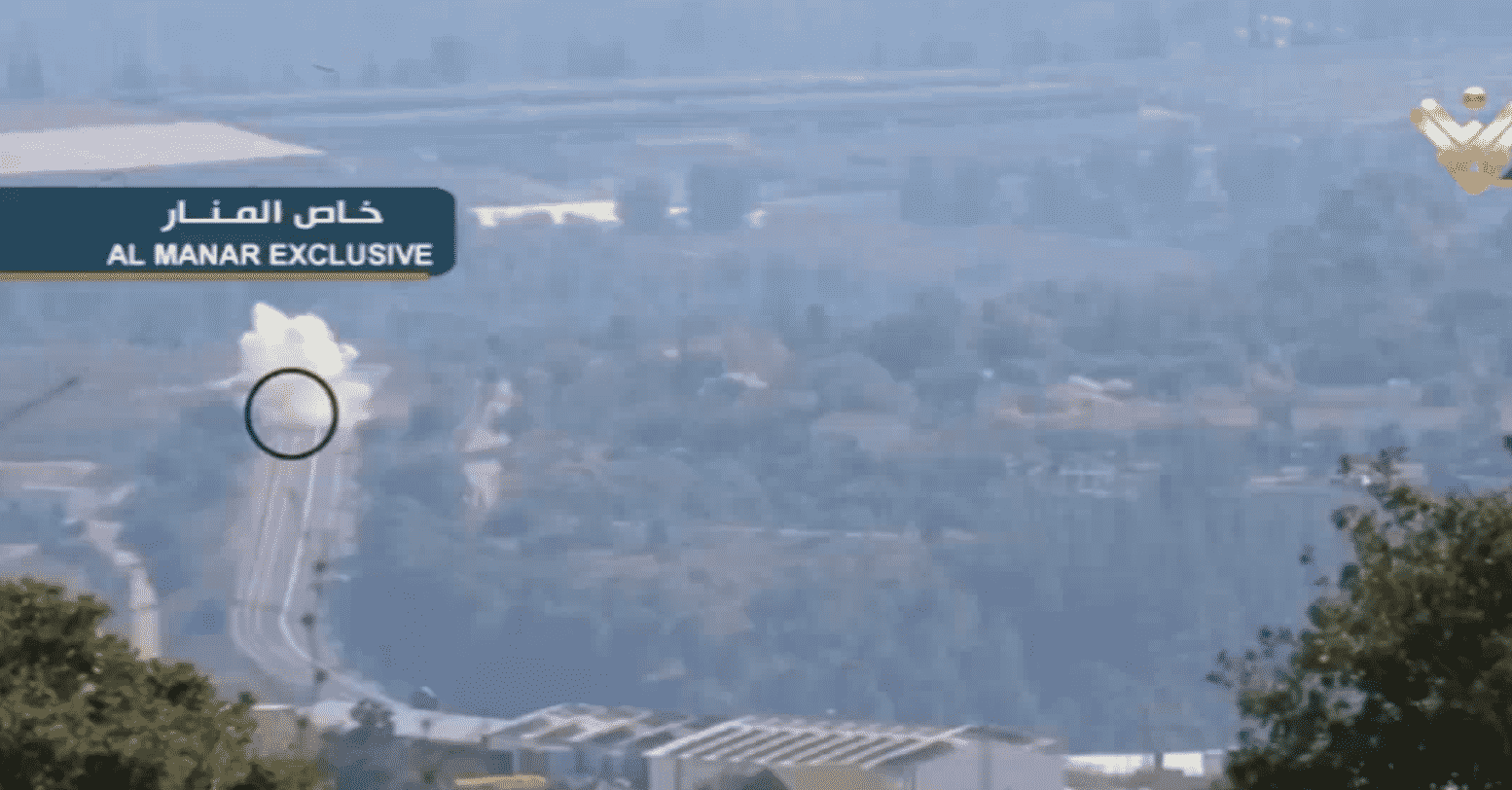 Hezbollah says they killed an Israeli general. Their unit had been in wait for days, outside Israel’s military headquarters in the north, the command center for military operations against Lebanon. Attack footage begins at 2:20…

The missile itself, according to Ian Greenhalgh, was manufactured in Iran from Russian design. There were two hits, at least one perfect, guaranteeing all would die.

Israel made a huge error here, they denied the attack, even stating that a missile landed near an Israeli village, based on the original video released days ago. They didn’t know this Hezbollah video was out there, one that showed how good Hezbollah’s intelligence really is or how effective their weapons are.

[ Editor’s Note: We take no joy in sharing the deaths or serious injuries of these IDF soldiers. What happened to them is 100% the responsibility of those that planned and executed the IDF drone assassination strike in Lebanon that killed two Hezbollah people.

It was just one of many it has done in Lebanon and Syria, with their usual offensive strikes presented as defensive ones. How many times have we heard that in the last 20 years? That Hezbollah would extract an eye for an eye was a given.

The APC missiles looked like Phoenix ones to us, and they carry a large charge. The video says they are Koronets, but the short video clip of them looks fuzzy on purpose. I would not want to be even close to one of these, even in an armored jeep.

What you will see in the video below is a down-the-barrel shot from a perfect, elevated ambush position on a straight part of the road, shooting it from the rear. The patrol vehicle never knew what hit them.

The second missile, a double pop, was fired as insurance that the ambush would be successful in retaliation for Israel’s two kills on two non-combat Hezbollah people.

We shall hope that the killing will stop here, but Netanyahu wants to play Mr. tough guy in the run up to the September 17 election that he needs to win to save his butt from his bribery charges.

The IDF soldiers were in an armored patrol vehicle and might have been shielded from the blasts without a direct hit. But two hits is double bad luck.

Would Bibi put the lives of Israeli soldiers at risk, grandstanding for an election boost? You bet your booty he would. More needless deaths might be needed to buy him a win… Jim W. Dean ]

The Arabic-language al-Manar satellite television station affiliated with the Lebanese Hezbollah resistance movement has aired new footage of a recent attack on Israeli positions in the occupied territories.

The video footage starts with a description of Avivim settlement in northern Israel, and the nearby military base that Israeli troops had abandoned prior to the assault.

It further notes that the Avivim military base includes command centers, and that around 100 officers and soldiers are stationed at the facility under usual circumstances, who are responsible for various military tasks, including intelligence and maintenance.

The video then shows two empty personnel carriers, which the Israeli military had parked in the vicinity of the base in an attempt to deceive Hezbollah members, and how resistance fighters avoid civilian vehicles passing before the main target shows up.

Hezbollah fighters then fired two missiles at the Israeli military vehicle, sending it up in flames and apparently fully destroying it.

Hezbollah’s attack came in response to an Israeli air raid last week that killed two of its fighters in Syria, as well as an Israeli drone attack on southern Beirut.

According to the Lebanese resistance movement, the missiles launched from Lebanon destroyed an armored personnel carrier in Avivim, killing or wounding those inside it. The Israeli military, however, alleged the attack did not lead to any casualties while adding that it had fired 100 shells into Lebanon in return.

Lebanese Prime Minister Saad Hariri on Sunday called upon the international community to “intervene” to prevent the situation from escalating into a full-fledged war, his office said.

Hariri asked US Secretary of State Mike Pompeo and French President Emmanuel Macron’s foreign policy adviser, Emmanuel Bonne, to help put an end to conflicts on the southern borders between Lebanon and Israel.

Hezbollah Secretary General Sayyed Hassan Nasrallah said on Saturday evening that the resistance movement was determined to give a response to Israel over its recent drone incursion into Lebanon.

“The need for a response is decided,” he said during a televised speech ahead of the Islamic lunar calendar month of Muharram – the 10th day of which marks the martyrdom anniversary of Imam Hussein, the third Shia Imam and Prophet Muhammad’s grandson.

The Hezbollah chief added that the response was about “establishing the rules of engagement and… the logic of protection for the country. Israel must pay a price.”

On August 26, Hezbollah said Israel had sent two drones into Lebanon on a bombing mission the previous weekend.

According to the resistance movement, the first drone had fallen on a building housing Hezbollah’s media office in the suburb of Dahieh. The second drone, which appeared to have been sent by Israel to search for the first one, had crashed in an empty plot nearby after being detonated in the air, it added.

Following the drone raids, Nasrallah vowed in a televised speech that fighters of the resistance movement would counter any further violation of the Lebanese airspace by Israeli drones.