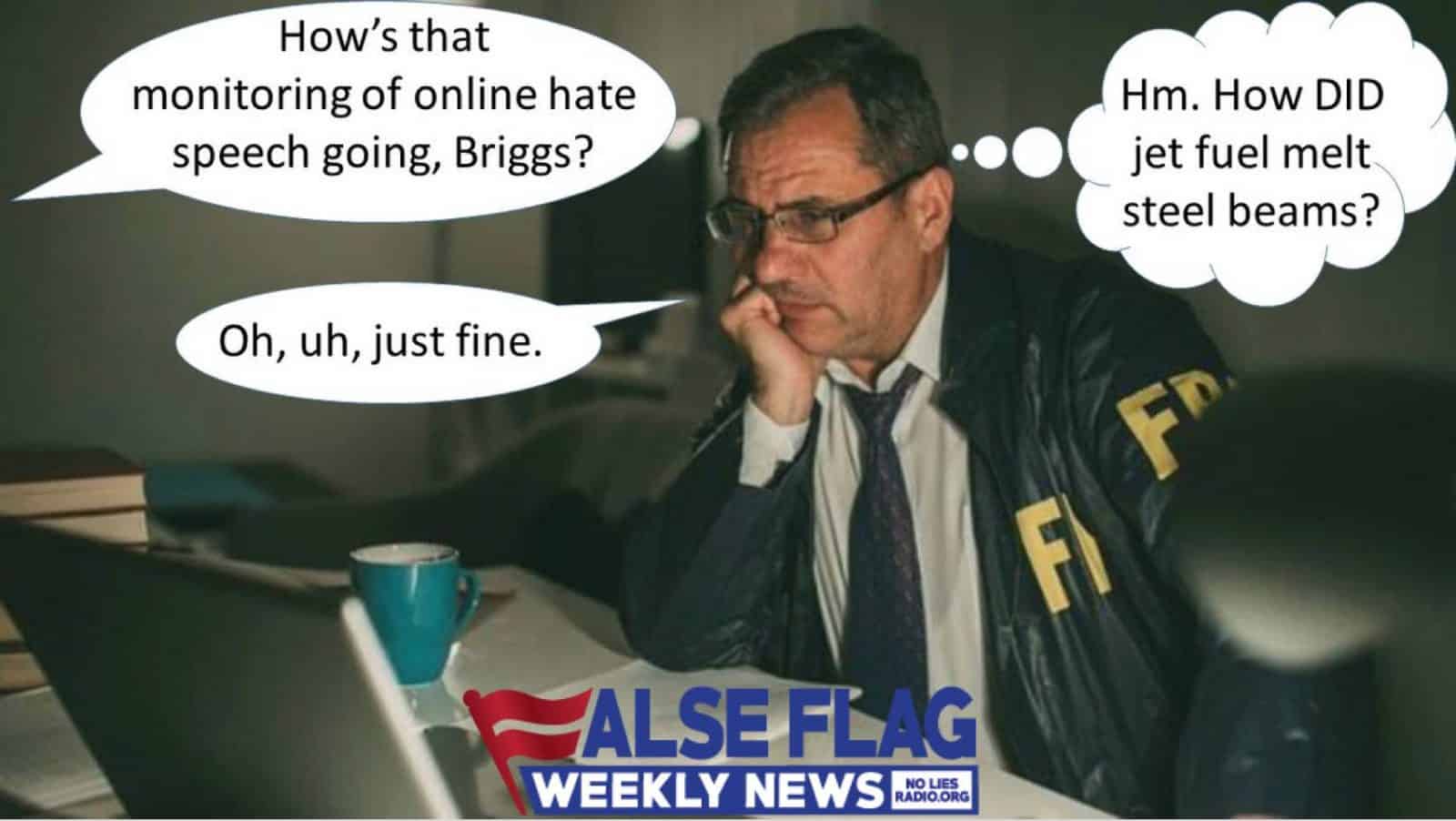 Watch the latest False Flag Weekly News above (note the discussion of VT’s nuclear demolition hypothesis at the 10 minute mark); click HERE for links to the stories discussed..

Here is how Psychology Today urges employers to “get the attention” of employees by doing something unexpected:

A farmer was enormously proud of his mule and constantly bragged to his neighbors how obedient it was. “All you have do is ask politely, and it will do whatever you want.” Having heard this before, one of his neighbors was having nothing of it this time. “All mules are stubborn,” he said, ” and I don’t believe yours is any different.”

“But my mule is different,” said the farmer. “It’s well-behaved, and all you have to do is ask nicely and it will do whatever you want.” “I still don’t believe you,” the neighbor retorted. “Show me.”

So the farmer took him out to the barn, and there in a stall at the back was the mule. Just as they walked up to it, the farmer leaned down, picked up a two-by-four, and smacked the mule over the head.

Stunned, his neighbor asked, “What are you doing? I thought you said your mule was obedient and would do whatever you asked?”

“Ah, yes,” the farmer answered, “but you’ve got to get its attention first.”

Any employee who gets whacked upside the head by a two-by-four wielded by a boss who reads Psychology Today should contact attorney Bob Loblaw immediately: boblolblaw @deweycheatemandhowe.com

Meanwhile we are approaching the 18th anniversary of that infamous date when the neocons smacked America’s head with a two-by-four. They must have thought the only way to direct our attention to the pressing concerns they expressed in Rebuilding America’s Defenses was to inflict an extremely traumatic blow…a “New Pearl Harbor” as they put it.

But the trouble with whacking the American mule upside the head with such a heavy blow is that you are inflicting permanent brain damage on a beast that wasn’t that intelligent to begin with. The 9/11 trauma-based mind control operation, a classic act of “coercion,” did not just infuse Americans with homicidal rage, it also dumbed them down…way, way down. Today, most of them can’t even understand fifth grade physics. They don’t realize that jet fuel is just kerosene, and kerosene (like paper and office furnishings) doesn’t burn anywhere near hot enough to seriously weaken steel, much less melt it and produce the rivers of molten iron that flowed beneath the rubble of the Trade Towers for months after 9/11.

Will the American mule ever recover from 9/11-inflicted brain damage? If it does, the neocon Zionists are doomed. No wonder they are paying an army of censors, like “Briggs” pictured above, to wander around the internet with a digital two-by-four and whack anybody who seems to be waking up from the trance.

But what if Briggs himself wakes up? That’s the eternal Platonic question: Who will guard the guardians?

The USA will be a much smarter, stronger, more formidable country if it awakens from its 9/11-inflicted trance, processes the traumatic truth, and emerges scarred but strengthened, in accordance with Nietzsche’s dictum “whatever doesn’t kill me makes me stronger.” Any genuinely patriotic Americans out there—and there may be a few left—are working patiently and praying that the awakening doesn’t come too late.