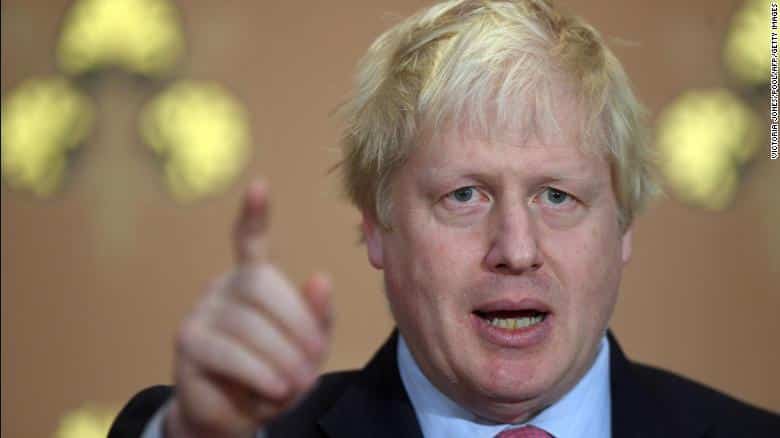 [ Editor’s Note: I would not call the government “destroyed”, but the doo doo has certainly hit the fan, with Bozo losing his razor-thin majority with one Tory defection today. He might have slit his own throat by having made strong threats to his coalition rebels.

Make sure you read his constituent letter below. It sounds like a trip back in time, to days long gone.

The vote is today, 9pm British time, so I will update this post when the results are in. Although I do not have a dog in this fight, in the final showdown the British public understands a lot more about the pros and cons of Brexit now.

It should be given a chance to weigh in on the final say, since it will be their fannies that pay for any big screw ups. Will Johnson call for snap elections? We will know soon… Jim W. Dean ]

[ Update 9:25 EST: From The Telegraph – “Boris Johnson was on Tuesday night forced into seeking a snap general election after falling victim to an unprecedented parliamentary coup aimed at delaying Brexit.

He lost his first vote as Prime Minister by 328 to 301, a majority of 27 votes, after 21 Tories rebelled, and said he would move the vote for a snap election.” 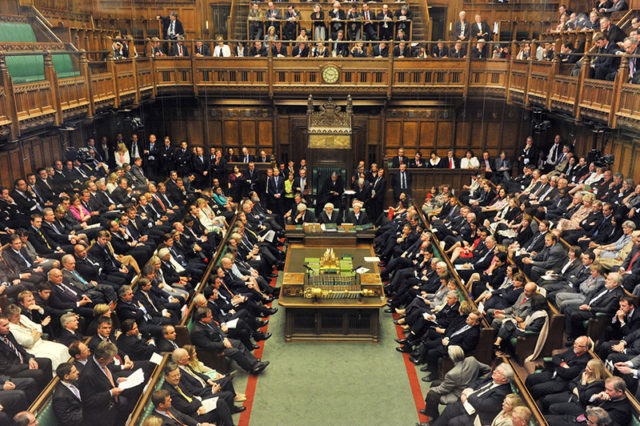 The British government has officially lost its working majority in the UK parliament after Tory MP Phillip Lee quit to join the Liberal Democrats, delivering a hammer blow to Prime Minister Boris Johnson.
–

While making his G7 statement to the House of Commons, Johnson was forced to shout over the roars of support for Lee, an ardent Remainer, who took his seat with his new Lib Dem colleagues on the opposition benches.

It means the prime minister is now in charge of a minority government. It’s a humiliating turn of events for Johnson, at a time when he is seeking to push through Brexit, deal or no deal, by October 31.

In a damning statement posted on social media, Lee blasted the Tory government for “aggressively pursuing a damaging Brexit in unprincipled ways,” adding that Johnson’s administration is using “political manipulation, bullying and lies.”

He bemoaned the negative transformation of this “once great party,” claiming that it had become infected by “twin diseases of populism and English nationalism.”

After a great deal of thought, I have reached the conclusion that it is no longer possible to serve my constituents’ and country’s best interests as a Conservative Member of Parliament. My letter to the Prime Minister: 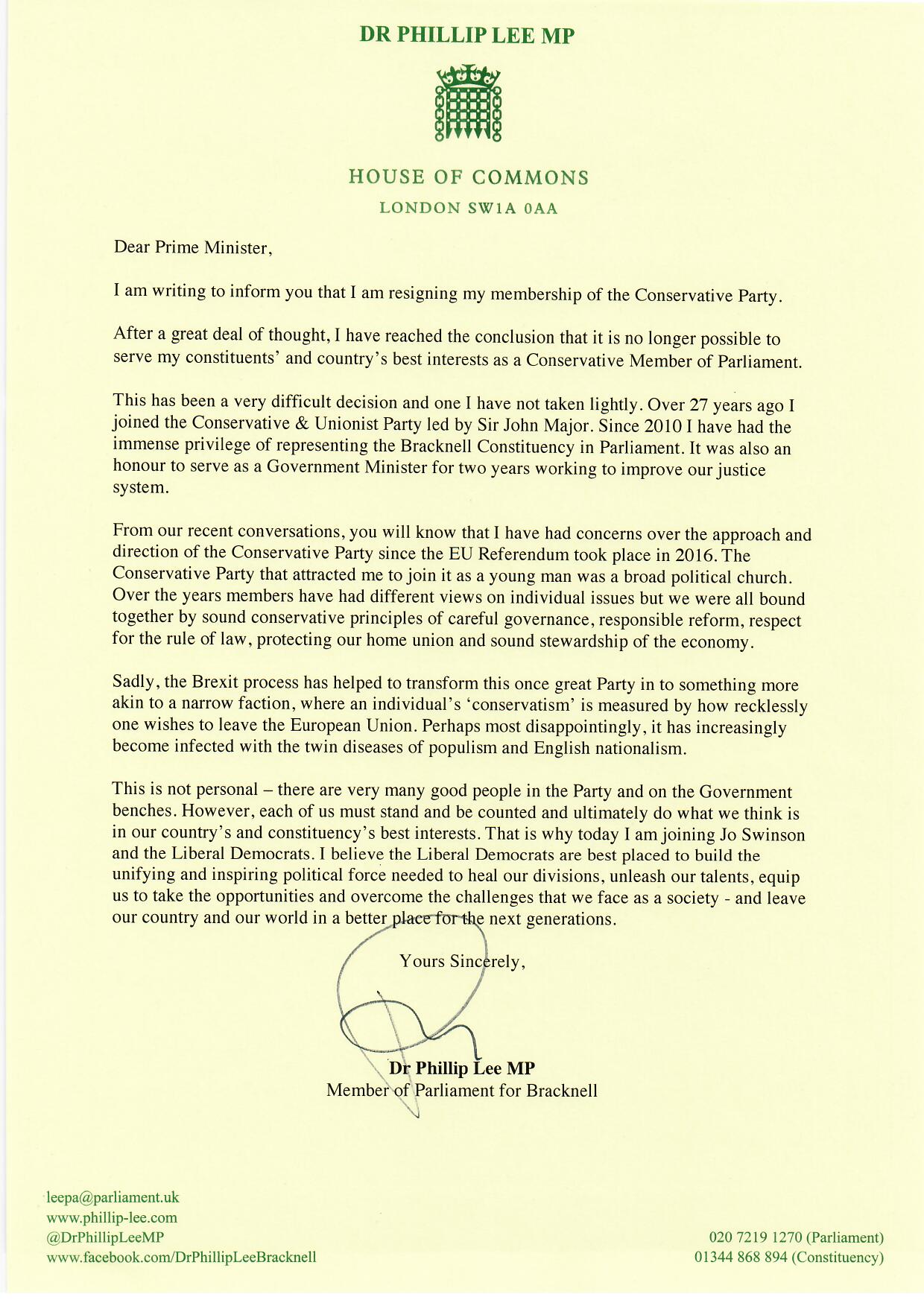 It comes as British lawmakers have reconvened after the summer recess and are debating ahead of a planned vote on new legislation which would prevent a no-deal Brexit. The vote is expected to take place around 9pm BST on Tuesday.